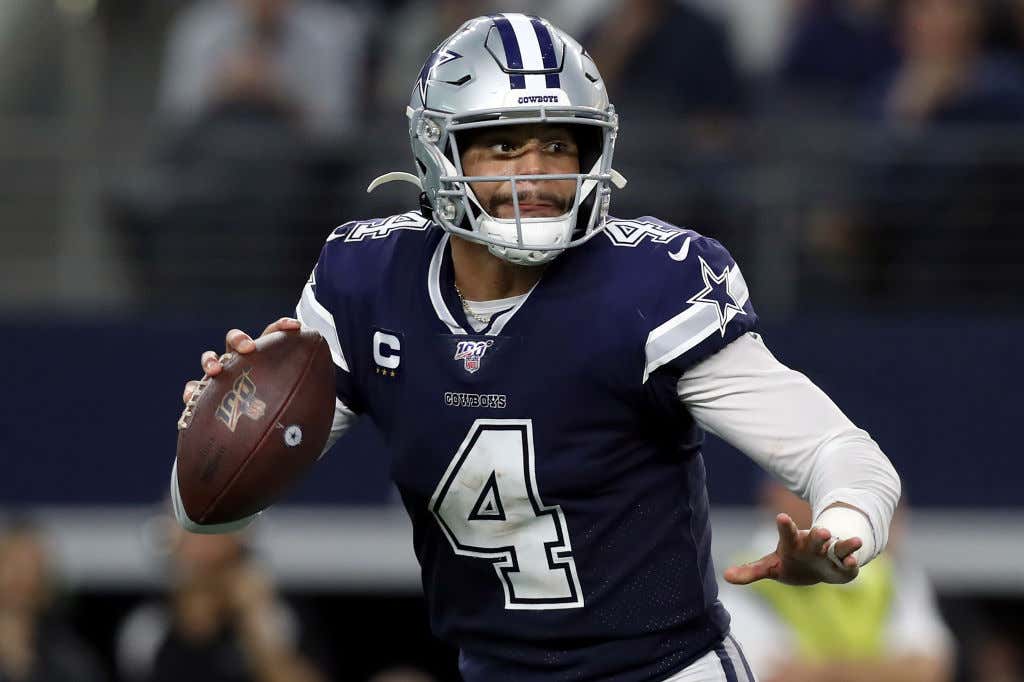 There are only 2 options here. Either A) Jason Garrett is just trying to get a built in excuse for why the Cowboys will lose on Sunday in Philadelphia. I mean how is Jerry finally going to fire the guy if he loses on Sunday with a quarterback who could barely even function on Wednesday? Seems like a pretty solid "Get Out Of Jail Free" card to me, and Jason Garrett is the best in the business at avoiding unemployment.

Or B) Jason Garrett is doing the worst impression of Bill Belichick that I've ever seen. Which is what I'm starting to think is more the case here. I mean we've seen the Patriots do this plenty of times with Tom Brady before. Tom will go out to practice and he'll be wearing a glove, the team will say that he's hurt and questionable for Sunday, nobody knows if he's actually going to play or not when in reality everybody knows there's not a chance he won't be out there. And then come Sunday, he goes out there and the Patriots destroy whoever they were up against as if there was ever a doubt.

Is that what Jason Garrett is doing here? Is that the joke? That he thinks he's going to get the Eagles to start preparing for Sunday as if there's a chance that Dak Prescott isn't playing? Is that the joke? Because let me make one thing abundantly clear right now--Jason Garrett is to Bill Belichick like a unicycle is to a Ferrari. I'm not buying that shit for one moment. Here's the play where Dak apparently hurt his shoulder.

Did he go down hard on that shoulder? I guess. But Jason Garrett is gonna have to be a whole lot slicker if he thinks that he can play mind games with this Eagles team heading in to Sunday. What's he trying to do here? Get Jim Schwartz to dial up the blitzing to see if they can get to Dak's shoulder, only for him to get the ball out quick and gash the defense like Haskins was able to do last week? Who knows. All I do know is that Jason Garrett has a tiny little pea brain so nothing he says this week should make a difference in how the Eagles prep for Sunday. Especially since Carson is back and there ain't shit that anybody else can do about it.