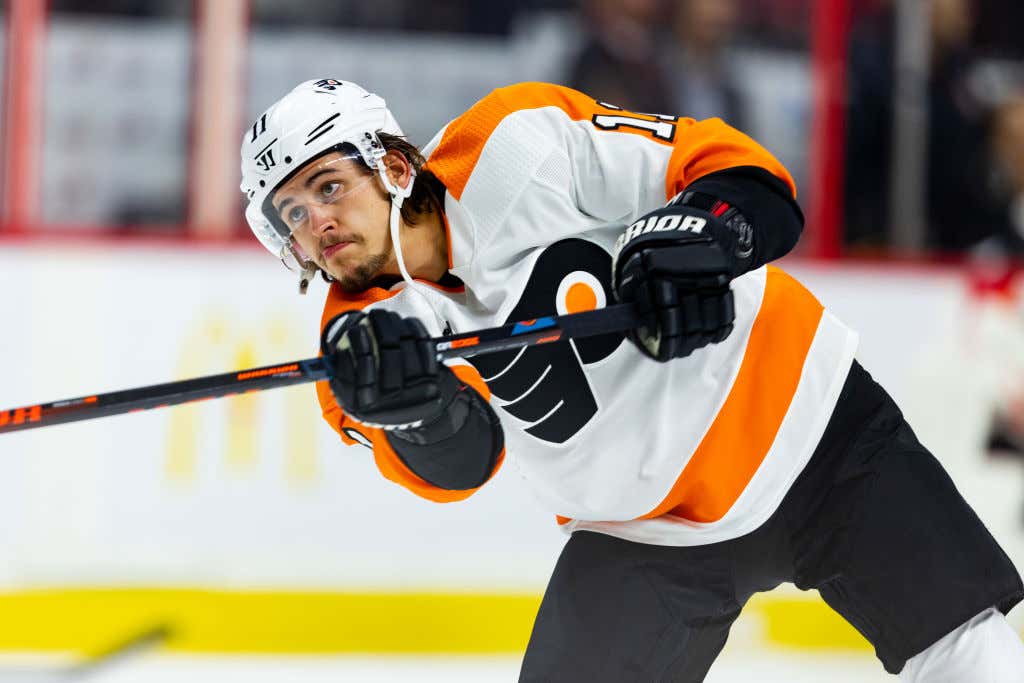 Heading into last night's game, the Flyers lost 3 straight. It just so happens that Travis Konecny missed all 3 of those games with a concussion after this hit from Borowiecki a couple weeks ago.

Quick sidenote here: I personally don't have any issues with that hit from Borowiecki. That's the style of hockey he plays and TK needs to be aware when guys like that are on the ice because you can't take even half a second to admire your pass when they are. So could you make the case that maybe the hit was like a tenth of a second late? For sure. But the real issue I have here is the fact that there wasn't even a penalty called on that hit, but Joel Farabee got tossed from the game and handed a 3-game suspension for this hit on Perreault Sunday night.

Was it the slightest bit later than Boro's hit on Konecny? Sure. But enough to make the difference between a non-call and a 3-game suspension? For sure not. Especially considering Farabee went straight through Perreault's chest. But the fact that the Department of Player Safety sucks at their job isn't the point of this blog. We're here to talk about why Travis Konecny deserves way more respect around this league as being a legitimate game changer.

Because it's no coincidence that the first game back with TK in the lineup, the Flyers pretty much owned the Anaheim Ducks all damn night. It wasn't the prettiest 1st period of all time but there wasn't a single stretch of the game that Anaheim looked like they had any sort of control on the game. And when you have Konecny out here setting up The Captain with easy tap-ins like this?

The kid is a playmaker disguised as a rat. And don't get me wrong--he wears the disguise incredibly well. I'm sure that in his heart, Travis Konecny still thinks that he's a rat. But his brain and his hands? They say otherwise. Which is why I've been saying for at least 2 full years now that this is the next generation's Brad Marchand, with maybe a little more skill and a little less licking. Because he plays the role of a pest so perfectly, but the role of a filthy son of a bitch so effortlessly. You could tell as soon as Couturier passed that puck over to Konecny, Giroux knew exactly what was coming next. He stopped, turned his body, put his stick out there and TK put it right on the tape and gave Fowler a little exorcism in the process. It's impressive enough in slow motion but for his brain to make that play in real time? That's no brain of a rat. That's a star in this league and it's about time that everybody puts some goddamn respek on Travis Konecny's name.

P.S. - Great moment for David Kase last night. Playing against his older brother. His parents make the trip from the Czech Republic to be there in person for the matchup. And David Kase gets his first career NHL goal.

Ondej might be the older brother but as of right now, David is the alpha in that family. Those are the rules.