Folks, we have some groundbreaking reporting on the Internet today. I mean some serious hard-hitting stuff from this place called The Intercollegiate. You're might going to want to sit down to learn that PMT's beloved Jon Rothstein LACKS journalistic integrity. It breaks my heart to tell this to you, but he does in fact text 'good luck' to every coach in America despite rarely getting a response. Click the link to check some of these - I'd post them in here, but I'm pretty sure that's how we get lawsuits and I'd prefer not to be the cause of that. Here's what you need to know though: 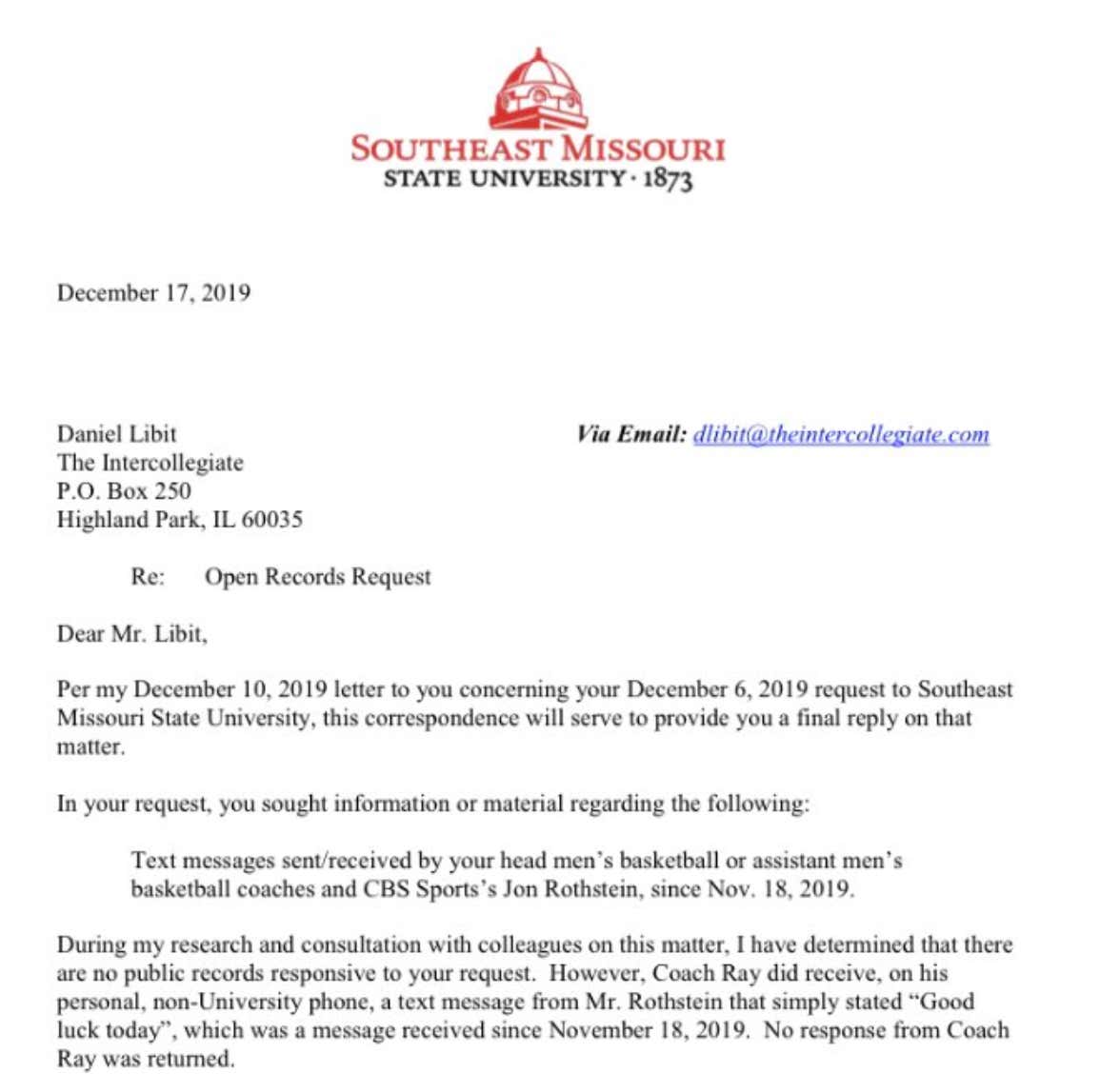 The key here is the line that 'no response from Coach Ray was returned.' That's the trend here. From the report:

Again, the text exchange pictures are on the link. But, it's just Rothstein saying 'good luck today' with no response. It's the funniest goddamn thing I've ever seen because 1) Rothstein is genuinely wishing every coach good luck. That's just who he is. 2) He's being left with no response all the damn time. That doesn't deter him though. He's just going to keep wishing you good luck. This is a man that just loves college basketball.

Now, to be serious for a second, I can't believe anyone is taking this report, well, serious. Who cares? This goes back a bit to the Foreplay vs old crank media golf guys debate. Why do people care about guys who cover a sport being a fan of a player or a team or a coach? It doesn't matter. As long as people aren't lying in reports, it literally means nothing. 99% of people get into writing about sports because they are a fan. Hell, it's the best part about it all. I get that it's hilarious because Rothstein might be the biggest J Journalist out there in the college hoops world. But, I couldn't give two shits that he texts coaches good luck.

What I do enjoy is everyone now tweeting Jon 'good luck today.' That's just A+ Twitter. Also can we be surprised that Rothstein sends the same thing over and over again? Have you ever seen his Twitter? 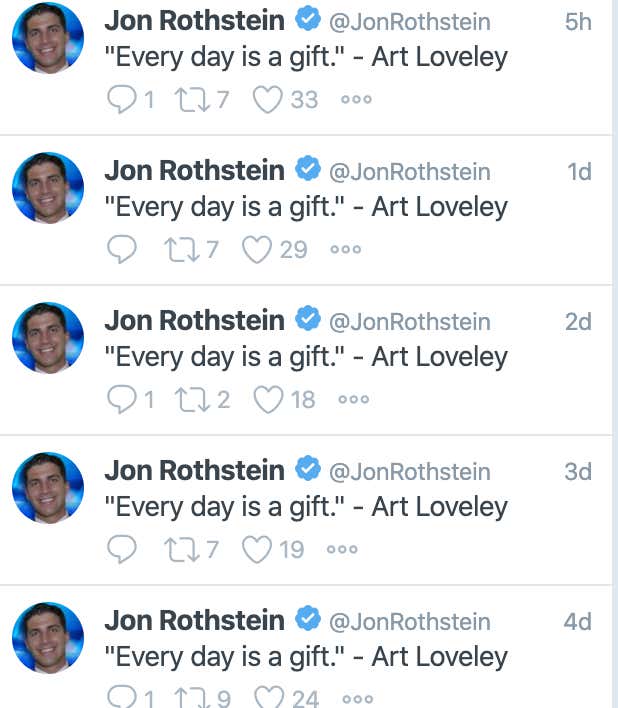 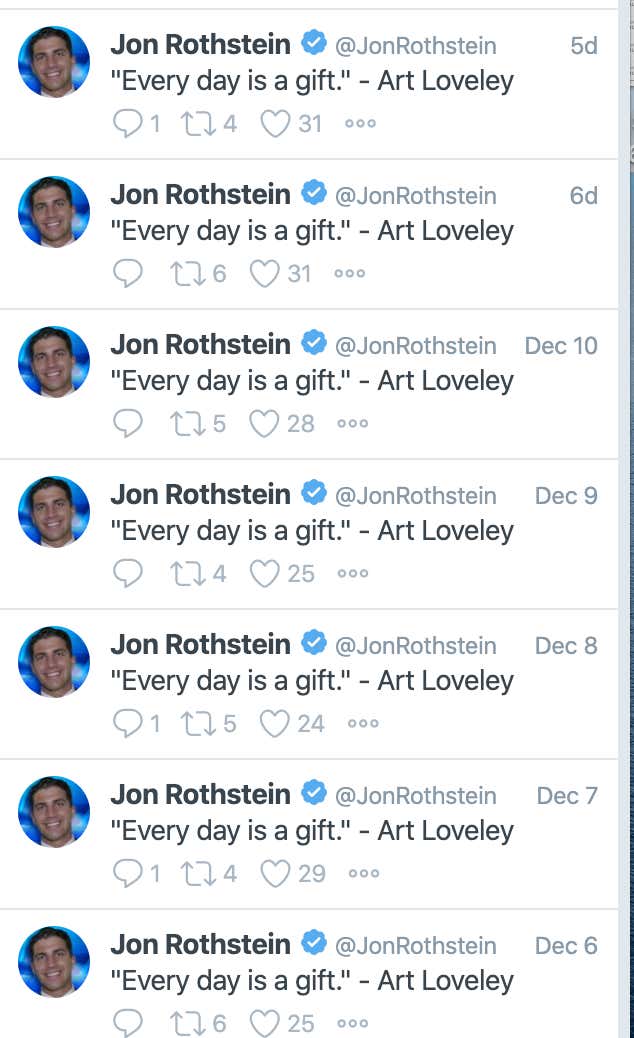 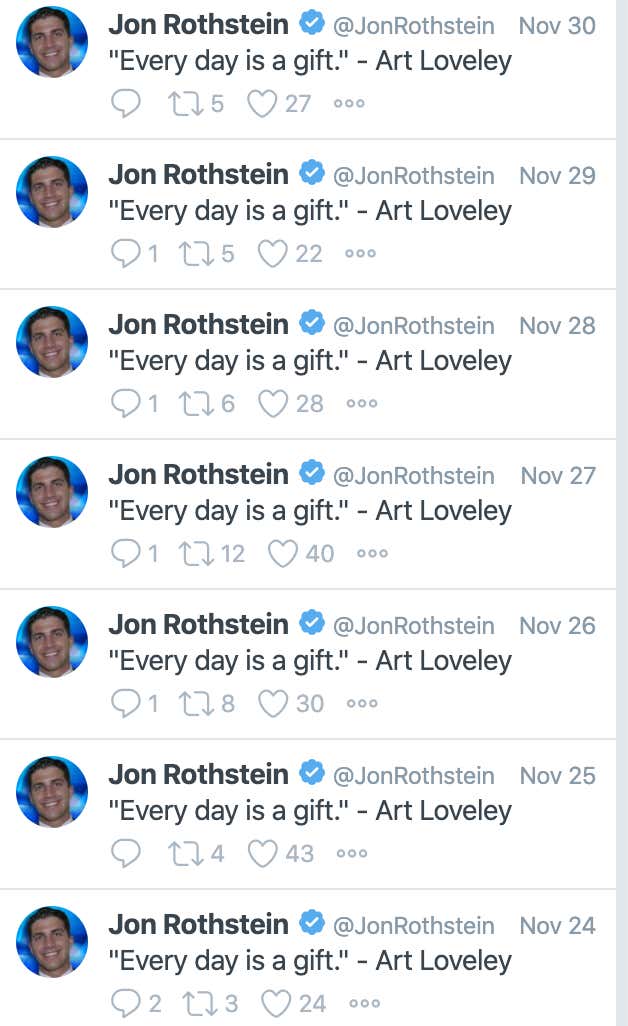 Tough day to be a big J.