First of all, I want to start this blog by saying that this pains me. Connor has been with me on ZBT since episode 2. Over the course of the past few years, he has regaled me with tales about West Point and the honor and integrity that his school produces. He's painstakingly told me about past heroes who graduated from West Point and I've eaten it up at every chance.

Connor went to West Point, a school that has over 129 years of football tradition.

I went to UTSA, a school that has over 7 years or so of football tradition.

When the two met up for the first time, Connor and I made a bet. The bet was that if Army didn't cover the spread that Connor and I agree on, he would sing Anchors Aweigh. If Army won, I, a Marine, would wear nothing but Army gear.

UTSA covered the spread and the ZBT crew talked about logistics for Connor paying his bet. The above video happened and people were mortified.

On today's episode of ZBT, Connor started getting all high and mighty about how two dumb Marines like Kate and I could never understand something so complex and intricate as a football rivalry. Dont fall for that nonsense. No one forced Connor to take this bet. He did it. He took the bet knowing the possible outcome. He then didn't follow through.

The ZBT followers feel the same way. Don't make the bet if your precious rivalry is too strong. Say no. Say you'll ''get waxed," as I did, for a World Series bet. Say you'll host radio for 12 hours overnight, as I did, for losing a fantasy football league. Say you'll get Ronald McDonald tattooed on your ribs, like I did, for losing a chicken Mcnugget eating contest. I didnt say, "PFT, if the Nationals win, I'll divorce my wife," because that's not something I would do.

Our listeners are upset about it too. 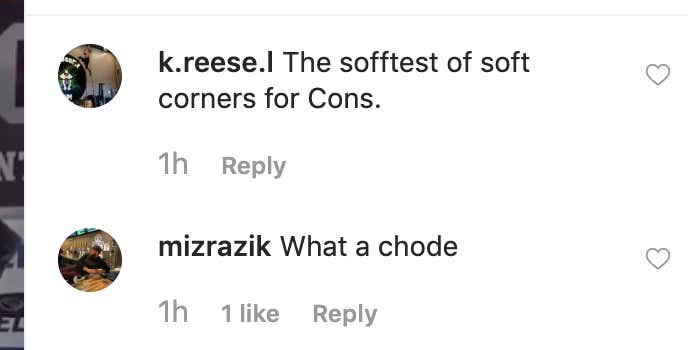 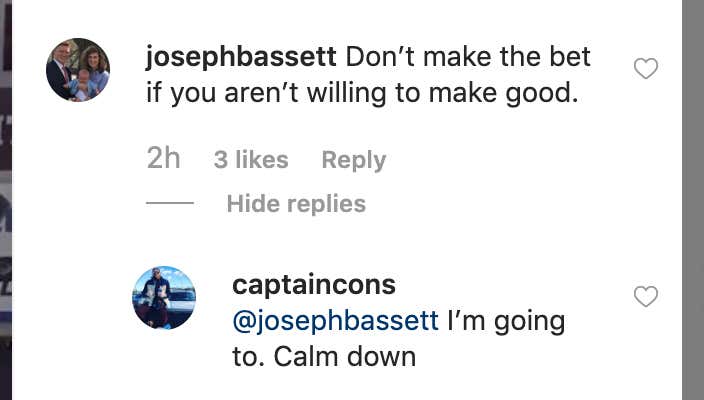 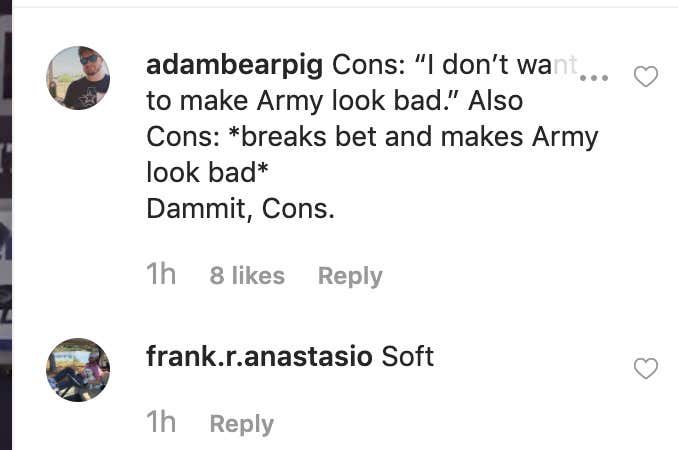 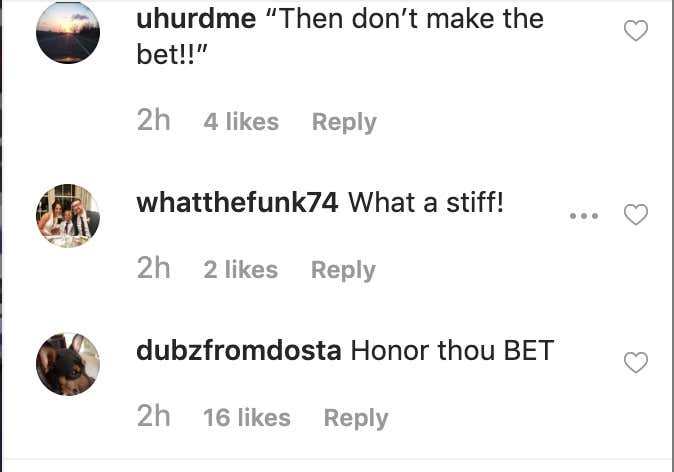 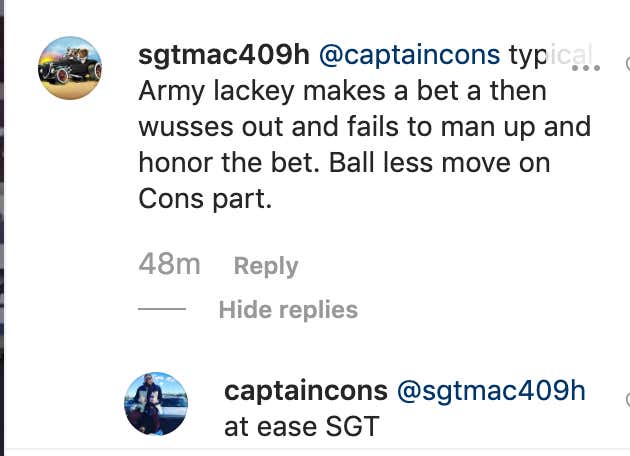 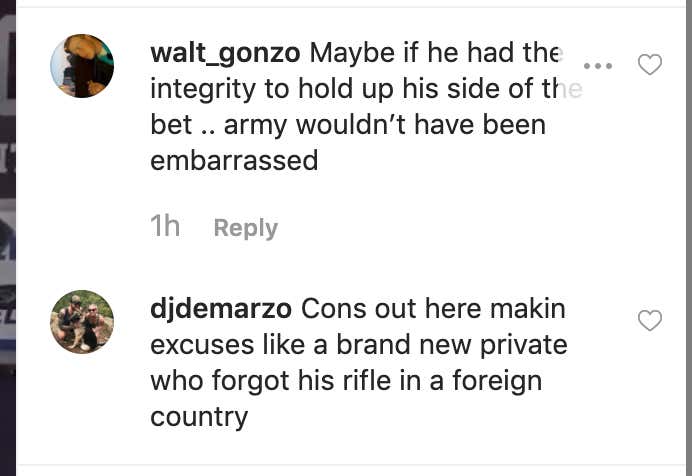 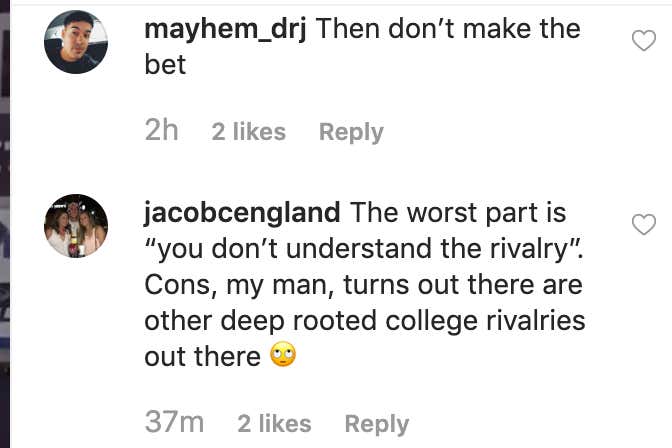 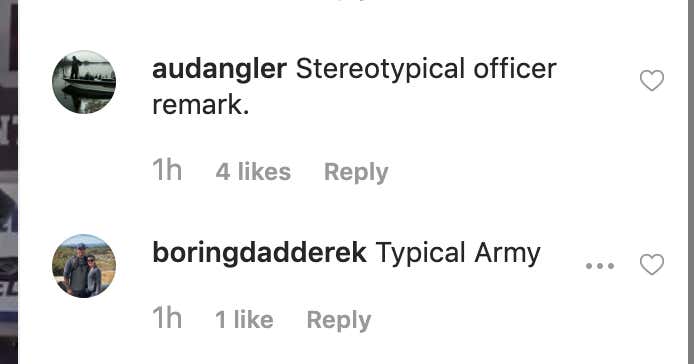 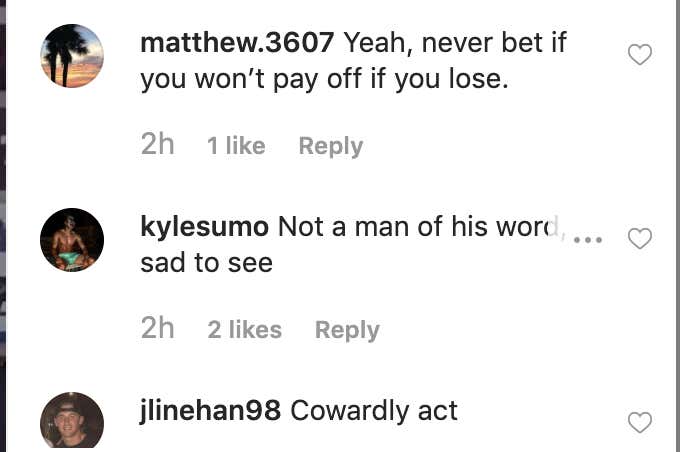 Regrettably, the time to make good on the bet is over. There is no "make-up date." The bet was the bet and he failed to follow through.

Cons will have to live with what he did. I dont have the time to dig into my creative box to come up with a "re-do" for something that Im not even sure he'd do anyway.

That being said, this sad chapter in Zero Blog Thirty is over. I just hope Connor's reputation isn't forever sullied because of it.

PS. I know Kate is gonna be upset about this blog. That's ok.