I know the timelines don't match up at all and this hypothesis doesn't hold nearly the weight of Trent's incredible theory that Elf is a prequel to Step Brothers. But there is no denying that is a fucking funny video by Mike Camerlengo, who has been featured on this here blog multiple times comparing NFL teams to Always Sunny scenes and giving a blow-by-blow analysis of The Bayside Brawl between Zack Morris vs. AC Slater. I'll save you guys the in-depth investigation into the matter considering things like the Michael Jordan cut-out, Pepsi cans, model of cars/airplanes used, and toys that sick fuck Kevin uses in his funhouse to foil the Wet Bandits dates Home Alone to be well after Tommy Devito (30 YEAR OLD SPOILER ALERT) gets a hole in his head before being mutilated to the point his mom needed to give him a closed casket funeral.

But it is still fun to imagine Joe Pesci retelling the story of cursing at a kid that peppers his sauce while Ray Liotta cackles like a madman as we run out the last week before Christmas break. And you can convince me that the McAllister house was built with some of the Lufthansa money that ended up in the Chicago mafia's hands on considering I didn't see one thing from either parents that told me they could land an honest job that could pay for The Silver Tuna.

P.S. How about Joe Pesci starring in both Home Alone and Goodfellas that were instant smash hits back in 1990 before going on a hell of a run playing the role of Angry/Crazy Joe Pesci over the next 5 years? 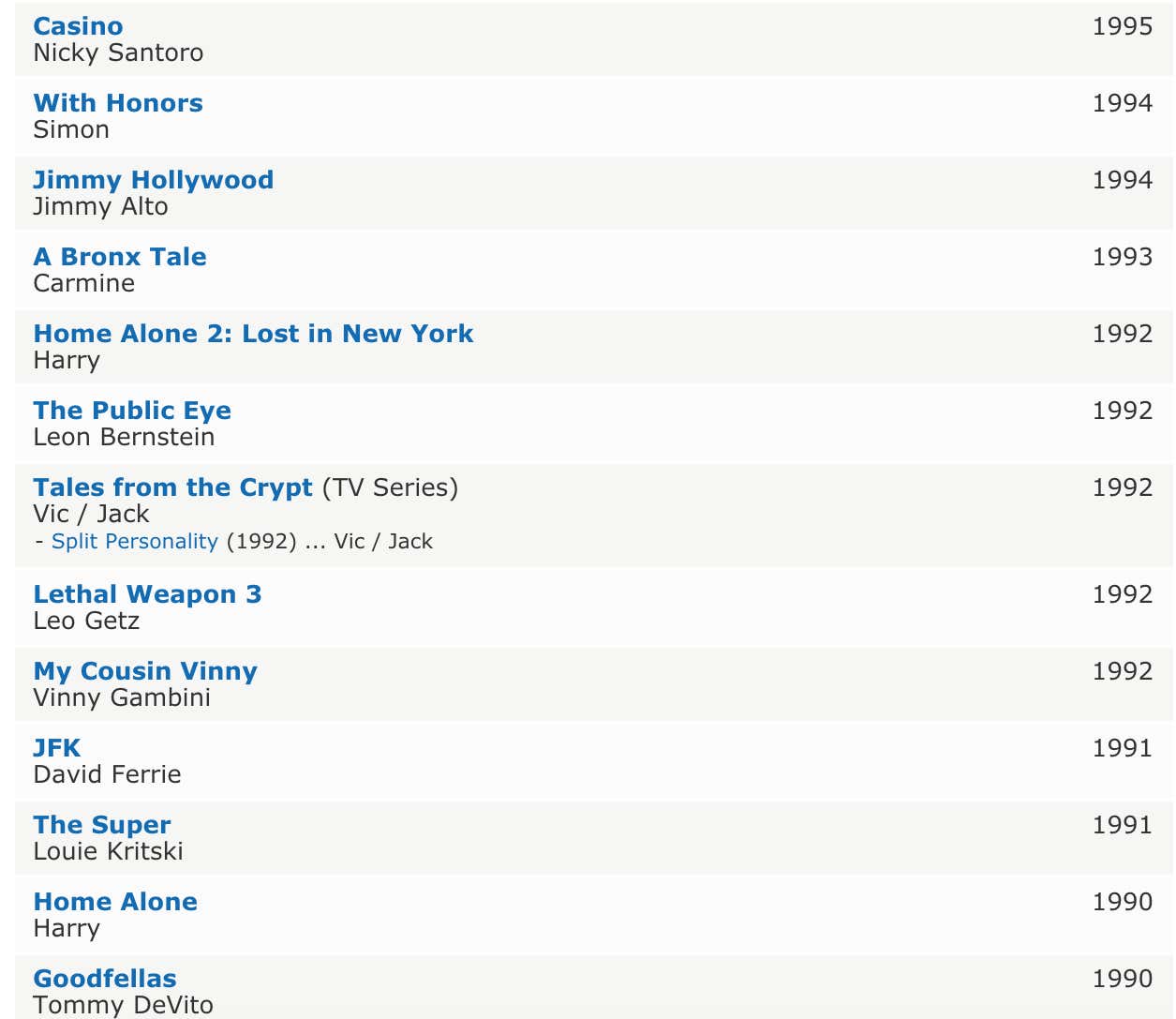