NY POST — More than 80 women have accused him of sex assault or harassment — but for Harvey Weinstein, it’s still all about himself.

The alleged serial sex predator and disgraced Hollywood producer whined to The Post in an exclusive interview that he should be remembered for doing more professionally for women than anyone in history — rather than the slew of sickening accusations against him.

This is so true. We've seen it happen time and time again throughout history: men being judged and condemned for 1, 2, 80+ mistakes they've made instead of the good things they did before those 1, 2, 80+ mistakes. Hitler doesn't get enough credit for being a bestselling author and creating millions of jobs. I mean he built a highway. Nobody talks about how Stalin transformed the Soviet Union into a major industrial power while boosting education and nutrition — he raised life expectancy so much that more and more people could live longer and have more chances to die of unnatural causes in a Gulag labor camp.  Nobody mentions all of the patients outside of those 218 or so that Dr. Harold Shipman treated and cured. People forget OJ Simpson ran for 11,000 yards. Jerry Sandusky's defenses got a lot of stops.

And now people are forgetting that one time Harvey Weinstein let Gwyneth Paltrow (a confirmed woman) direct that one movie 17 years ago.

“Gwyneth Paltrow in 2003 got $10 million to make a movie called ‘View from the Top,’ ” Weinstein said, referring to the romantic comedy and his decision to pay the star the hefty sum while he was at the helm of Miramax.

“She was the highest-paid female actor in an independent film. Higher-paid than all the men,” he crowed.

The movie ended up widely panned, even by Paltrow.

Nobody is giving Harvey credit for inventing women being in movies in general.

“I feel like the forgotten man,’’ the 67-year-old alleged rapist griped last week.

“I made more movies directed by women and about women than any filmmaker, and I’m talking about 30 years ago. I’m not talking about now when it’s vogue. I did it first! I pioneered it!” he bragged.

“It all got eviscerated because of what happened,’’ Weinstein said bitterly. “My work has been forgotten.’’

Reminder that "what happened" is 80+ accusations of sexual assault (and that's just the women who have come forward) from forced touching and groping all the way up to straight up rape. Because of that, the public thinks of him as a "rapist" and is completely disregarding how good Good Will Hunting and Spy Kids were.

“I made a success out of myself. I had no money, and I built quite an empire with Miramax and decided to give back,” Weinstein said, referring to his modest upbringing in Flushing, Queens, and his charity work.

“If you remember who I was then, you might want to question some of this.”

I don't know if you've seen the pictures of Harvey lately, but let's just say we are very very close to a Joe Paterno situation here. 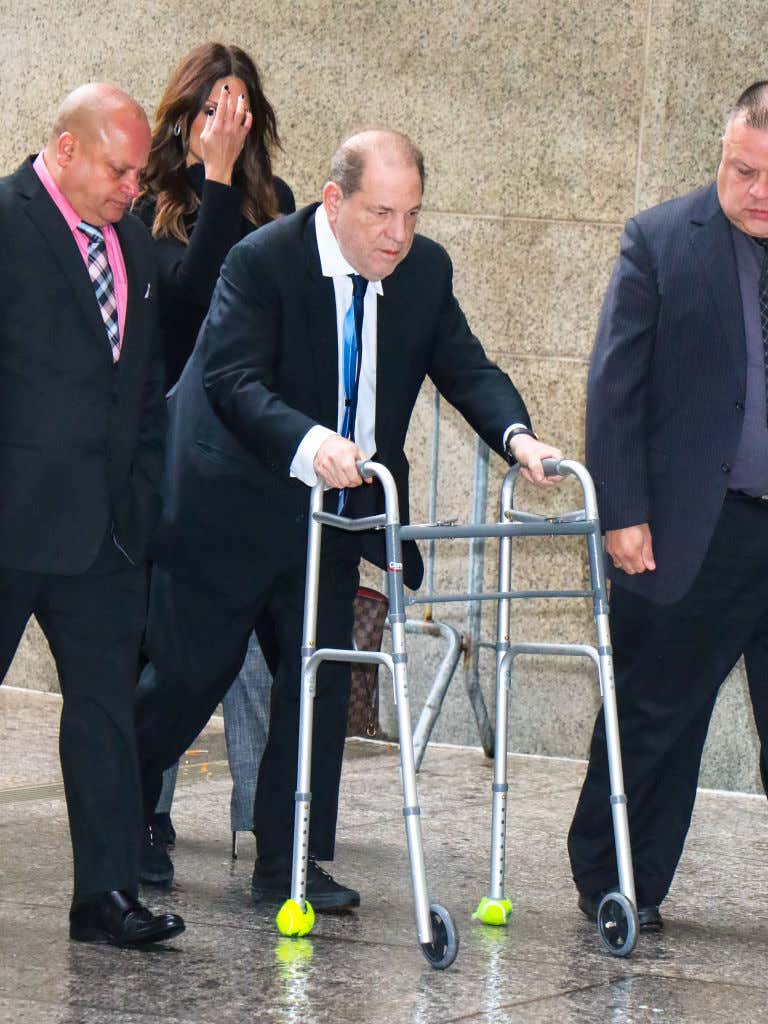 And when he's dead and gone, we'll see how history remembers him: as the sexual predator and rapist bully who assaulted countless women then hired a spy agency to threaten them into silence, or the guy who put a woman in that trans movie and got a concert together for 9/11 once.

A lot of people are criticizing the Post for running this article. Those people are wrong. This interview just showed the world exactly who Harvey Weinstein is and exactly how remorseful he is as his trial is about to start.

Weinstein remained the characteristic bully throughout The Post interview, threatening to terminate the sit-down each time a question was posed that he didn’t like.

When asked if he felt that the torrent of disturbing allegations against him had canceled out his charitable deeds and perhaps left him in the karmic red, he snapped, “I’ll move on.” 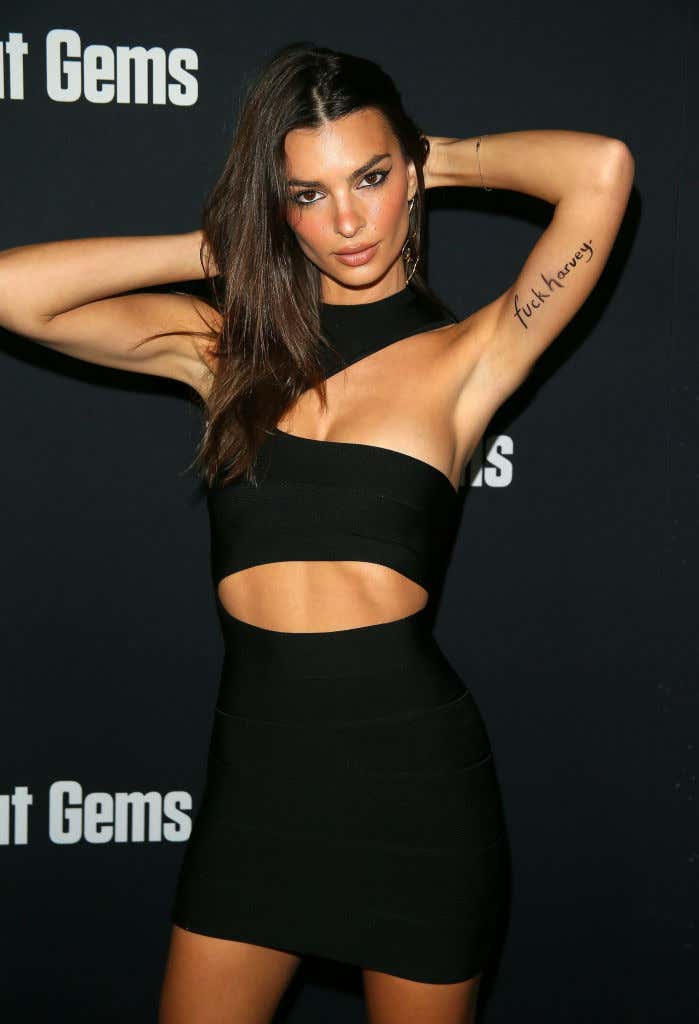 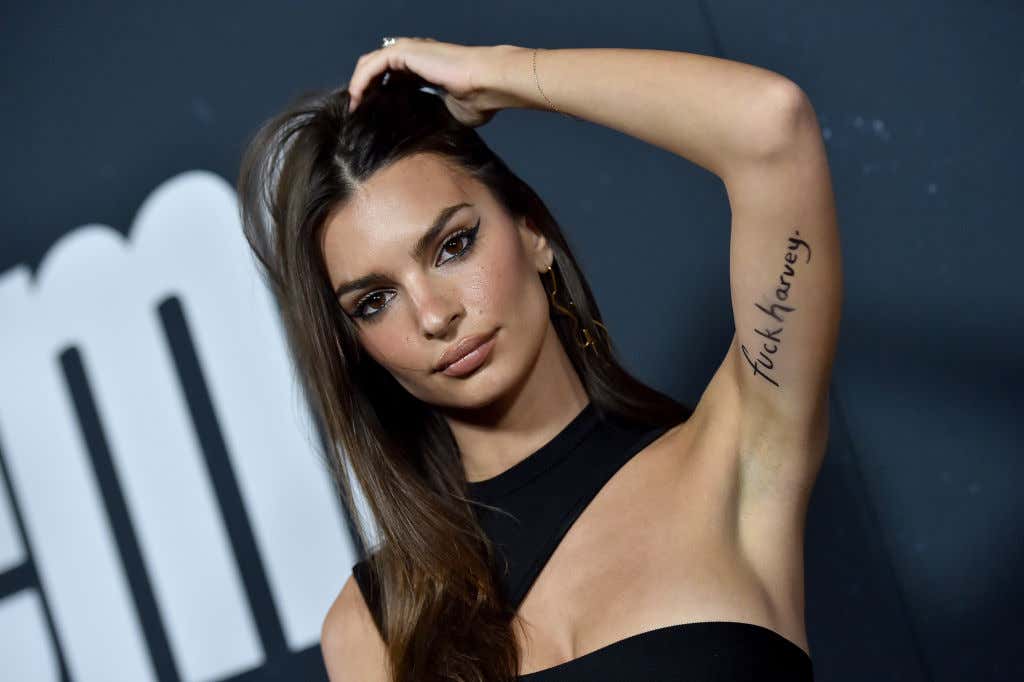