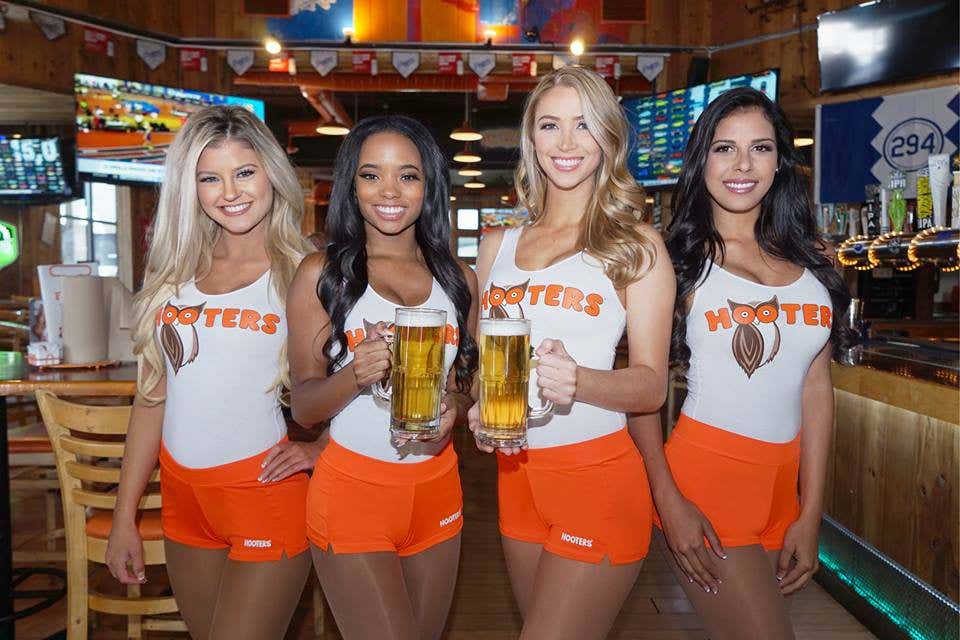 Source -  A New York high school soccer coach has come under fire for taking his team to Hooters.

The Lake George Jr./Sr. High School soccer team had just lost to another team after an undefeated season on Nov. 2 when their coach, Blake White, decided to bring the players to the restaurant, known for women dressed in tight and revealing clothing.

White's decision apparently didn't sit well with school administration because, on Nov. 12, the team was summoned to a mandatory meeting where the dinner was discussed, the local Times Union newspaper reported, where students were told "this was not in line with our athletic program and school community values."

And you know what? I totally agree here. Not because there's anything wrong with taking the team to Hooters. If anything, it's pretty messed up that the school administration would have a problem with this team supporting a local establishment just because the waitresses are "know for women dressed in tight and revealing clothing". Uhhh what's the issue with that? Are you saying that you have a problem with adult women making the decision to work at Hooters and making a living just because you disagree with the clothing they wear? Seems like a pretty regressive way of thinking to me.

But no. I agree with this decision because a team trip to Hooters is for winners, and winners only. You don't get to go to Hooters with the boys after losing your first game of the season. You should be devastated in that moment. You should be filled with complete and utter disappointment. You should be eating a slice of cheese on stale pieces of white bread after that moment. And you should have that loss fuel your desire for greatness so that you never feel that way again. You need to hate to lose more than you love to win. So what kind of example does it set for the team if they get to go to Hooters after a loss? They're just going to lose every game from now on after that because this coach set the wrong standard.

You want a team dinner at Hooters? You better get your ass in the weight room, work on your conditioning, and come back ready to put a beatdown on any team that even dares to step on the same field as you.

So that's the only issue here. You don't reward a loss with Hooters. But if the school administration is upset with anything other than that, then they are 100% in the wrong here. They're basically taking money out of the waitresses' wallets here because they have an ass backwards way of thinking about sexuality in the year 2019. That's an even bigger L than the one the team took earlier in the day.