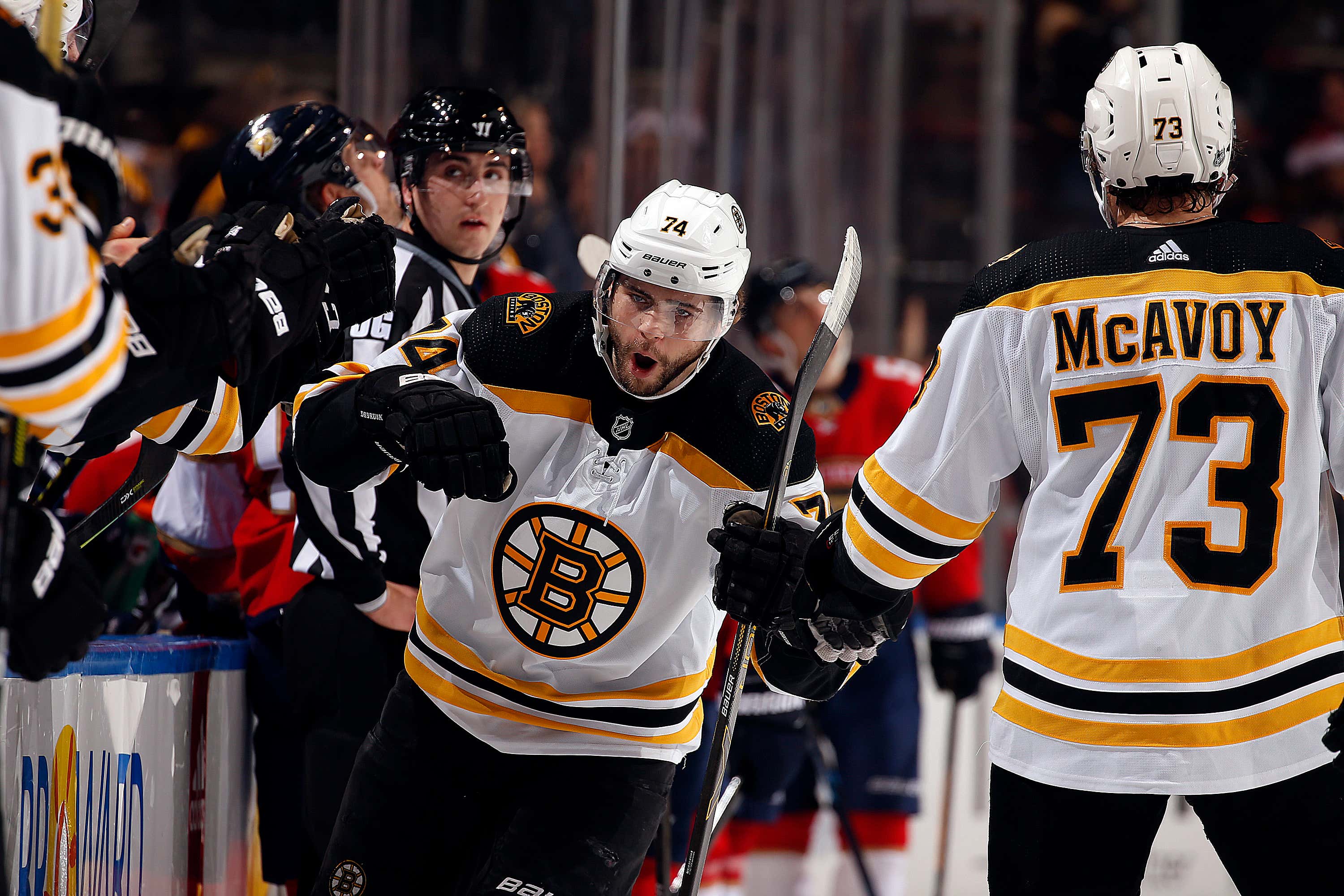 The Boston Bruins FINALLY got back in the win column with a much needed 4-2 win in Florida against the Panthers.

Jake DeBrusk with a great poke check to keep the play alive and then got a good bounce to corral the puck and beat Sergei Bobrovsky to give the Bruins the 1-0 lead.

David Krejci's blast squeaked through Sergei Bobrovsky to give the Bruins the 2-0 lead early in the 2nd.

Early in the 3rd David Pastrnak was awarded a penalty shot...

Big surge by the Panthers and Keith Yandle from DOWNTOWN cut the lead to one. Halak is going to want that one back. 3-2 Bruins.

David Pastrnak sealed the deal with an empty netter, his 28th! goal of the season.

- Best 1st period the Bruins played all season. No surprise coming off the heels of a 5 game losing streak. Started on time and it paid off.

- Jake DeBrusk picked up his 100th career NHL point with his 1st period goal, his 8th of the season. Hopefully this gets him going.

- The PP broke through with Brad Marchand zipping a great pass to David Pastrnak for Pasta's 27th goal of the year. He added No. 28 with an empty netter.

- Charlie Coyle slotted in as 2nd line RW tonight, David Backes returned to the lineup in favor of Brett Ritchie. Wagner centered the 4th line while Kuraly moved up to play with Heinen and Bjork. Paid off today but we'll see if Bruce sticks with this lineup.

- Big push by the Panthers in the 3rd. Thought I was having deja vu. Thought the B's competed well in the final 5 minutes, didn't give the Panthers any easy zone entries.

Bruins get back in the win column snapping a 5 game losing streak. Fucking right.