Look at that hunk of ass.  That’s pure, unadulterated athlete right there.  Just dotting I’s and crossing T’s with mechanics as smooth as can be.  And guess what?  The White Sox need someone like him – a pitcher who eats innings, gets outs, is around the strike zone and is a LEADER in the clubhouse.  It’s a young staff – who better to help grow them than a Spanish speaking pitcher who’s thrown almost 3500 big league innings in his career?  Answer:

Nobody.  Nobody other than Bartolo Colon.  I fucking love that fat ass.

Real talk, I’m obviously speaking in jest here, at least a little.  Funny thing is someone reached out to me a few weeks back and said that Tolo tried pitching the White Sox on signing him.  They politely declined, obviously, and I can’t 100% verify this, but it’s still kinda funny nonetheless.  In a hypothetical world where they did oblige him, he would have provided comedic relief in the very least.  I mean how can you not love this guy?

Oh and don’t forget he went yard on James Shields a week before the Sox traded for him:

But the point remains, the Sox DO need an innings eating vet to complement whoever they trade/sign for before pitchers and catchers report.  My choice? 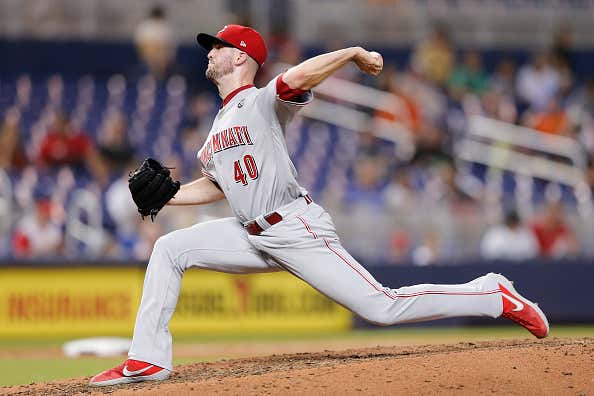 He checks so many boxes for them.  LHP, swing man, veteran, and CHEAP.  Now obviously the Sox have the “cheap” stigma that surrounds them, and this is NOT me taking a jab at that – they still need to sign/trade for a TOR type arm, but Wood fills this winter’s SP2 need.  Yes, he was bad last year:

But he was also hurt.  Only had 35 innings in Cincinnati last year.  He’d be a PERFECT bounce back/prove deal.  Get him on a cheap one year deal and let him test free agent waters against after next year when he’ll only be 30.  I mean, the dude was pretty goddamn good, all things considered, in LA for around a 2.5 fWAR and 150+ IP for 5ish years.  Assuming he’s healthy, let’s lock him the fuck up.

He serves so many purposes, as I said, but his biggest asset is that he’s a swing guy.  He can spot start or pitch in long relief.  With how young the White Sox core is, he’d be a good lynchpin that takes stress off Giolito, Cease, Kopech, and Rodon once he returns.

Long story short: if I have to watch Odrisamer Despaigne start one more game for the White Sox, I will need to be committed to a mental institution.  Just box me up and throw me to Shutter Island