CHICAGO (CBS) — The first deputy commissioner for the Chicago Department of Aviation has been caught breaking the law over and over without getting caught.

As CBS 2’s Jim Williams reported, there is a no–parking sign in plain sight, warning of a tow zone, where a car with city plates has been seen parked night after night in front of a South Loop building.

It was a high-ranking city official who ignored the sign, which is right near his home, without ever getting a single ticket.

“I didn’t realize it was an illegal spot,” Butler said.

Richard Butler makes $175,000 a year not including any under the table payments we've come to expect from the #2 guy in Chicago Aviation. And while we're talking Chicago Aviation, let's just circle back one time and make sure we're clear = Midway > O'Hare. Not even close. O'Hare is a fucking wasteland. Midway is the most efficient airport in the country. Anyone who argues otherwise doesn't understand the purpose of airports. The kind of people who threw temper tantrums because they didn't like their Happy Meal toy. Fuck those clowns. Midway rules.

Richard Butler makes a lot of money and you imagine that with 37 years of experience under his belt, that dude would have a little more confidence than to look like such a bitch. I mean dude. You're quaking 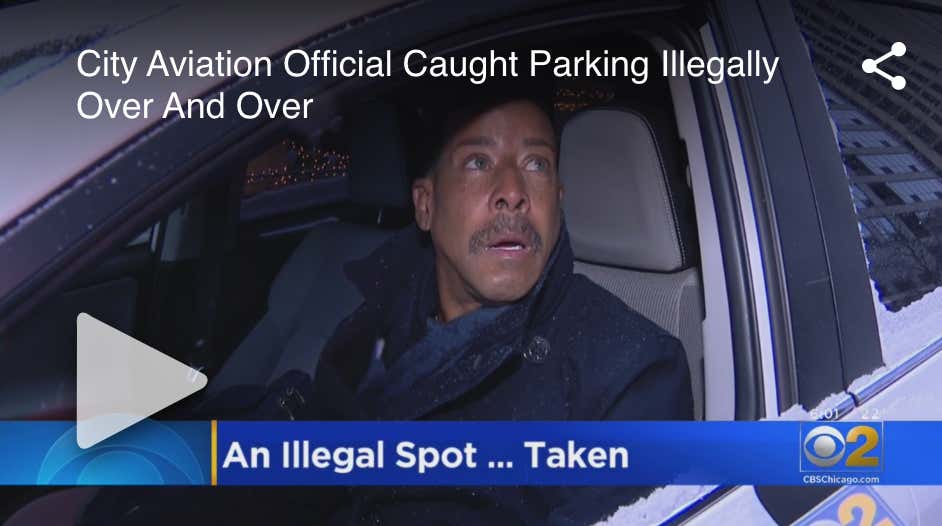 I mean if you're gonna throw the M Plates wherever you please, grow some balls in the process. Own that shit. Tell Jim Williams and the rest of CBS Chicago to kick rocks. Threaten his TSA privileges or make him fly Spirit Airlines. Put up some kind of fucking fight instead of baking a dump in your Jos A Banks pleated slacks. You're embarrassing yourself and all proud owners of good Chicago mustaches

That mustache parks legally and so should you. No excuses.

But if you do fuck up and get towed, please reference this original beauty: