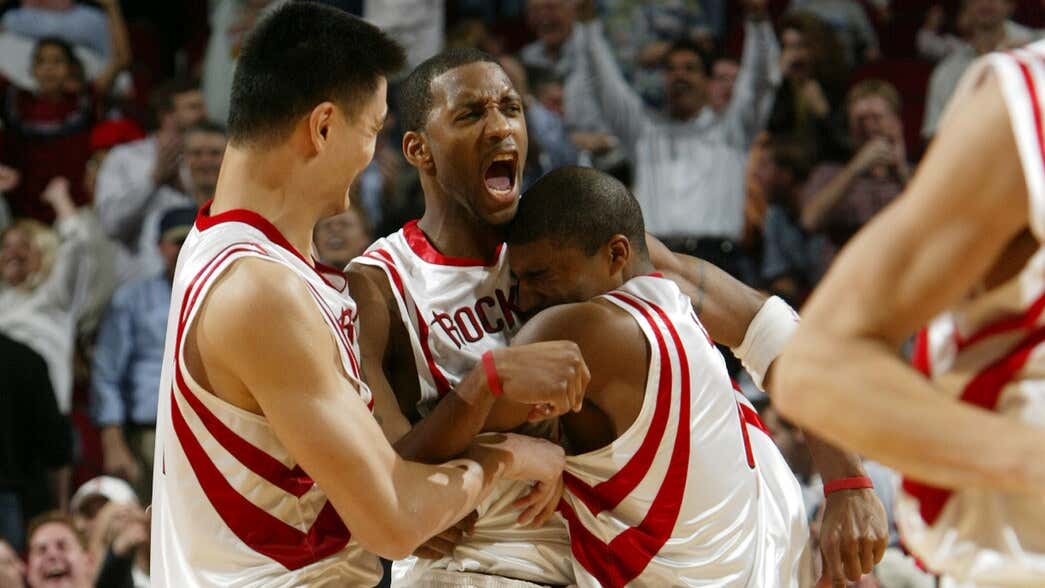 There have been a few moments like this in NBA history where a player goes on an insane run in basically no time that results in a gut wrenching loss for the other team. You had Reggie Miller scoring 8 legendary points in 9 seconds to take down the Knicks at MSG, and if we're talking about just individual performances then you can't leave out what TMac did on this day 14 years ago. Imagine leaving that game early? Woof. One of the most ridiculous runs we've seen in NBA history, that is why whenever we get to this day I can't help myself from reliving that insane finish. The beauty of the internet is we can also hear what TMac had to say about it himself

There's being in the zone, a feeling that almost anyone who has played basketball can relate to, and then there is whatever was flowing through TMac's veins over those 33 seconds. That's a whole different animal. Did we ever get an answer as to why SA didn't foul? Like what did you fucking think was going to happen? I'm looking at you Bruce Bowen.

It really is a shame that Yao had injury issues and these Rockets teams never got past the second round. In fact, they for most of McGrady's tenure never made it out of the first round. Especially towards the end of his tenure with Rick Adelman and the Rockets were winning in the mid 50s, injuries definitely boned them. A Hall Of Fame talent TMac will always be at least for me one of the best players to never win a title, but at least he'll always have December 9th where the basketball world gets together and remembers his greatness.