I’ve been listening to Bill Belichick speak for the vast majority of my life. Fishing, lacrosse, football, Super Bowl wins, Week 3 losses, his voice never changes. Not even a little bit. Until he gets to reminiscing about Ed Reed. If the camera wasn’t pointing directly at his face I wouldn’t have had a clue whose voice this was. Completely unrecognizable. Mariah Carey doesn’t have the octave range that Belichick displayed when he cut off Cris Collinsworth to correct him about the route Reggie Wayne ran here. Just look at Bill while Ed Reed breaks down this play: 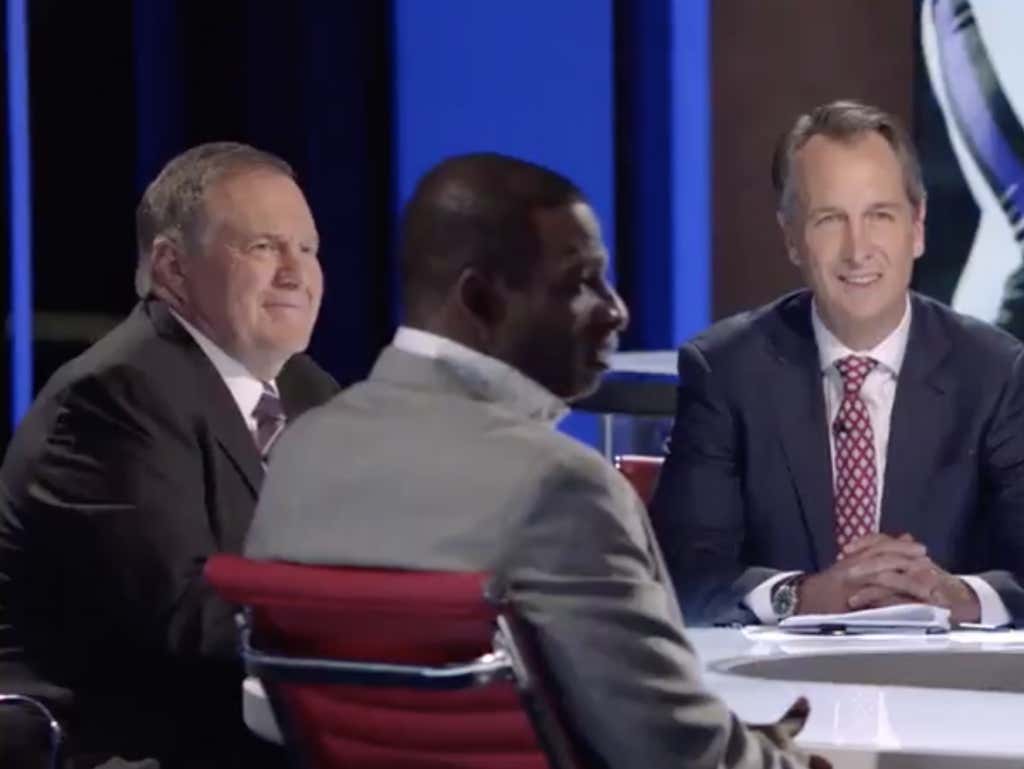 Happy as a kid on Christmas morn. I’ve seen him less gleeful accepting the Lombardi trophy. I just wish Belichick told us how many times he had watched this exact play in his life. Because he could describe every single detail about the turf, the weather that day, where the Sun was in the sky, precisely how many clouds passed over the stadium that afternoon, how many rotations Peyton spun into that throw, all of it. I’d set the over/under at 5,000 times for each and every angle All 22 provides. And undoubtedly smash the over. Bill says it’s the best play a free safety ever made then that’s just a fact.