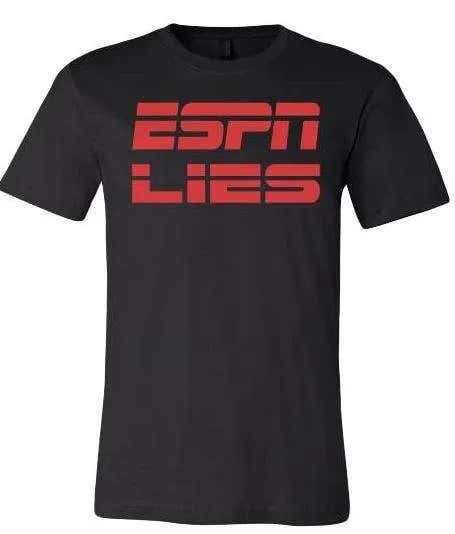 The Patriots are 10-2. Which makes them 18-2 in the last 50 calendar weeks. They've given up the fewest points in the league by a wide margin. Their offense, while struggling at times, is right up there with all six of their championship offenses in terms of points and they have a higher Point Differential through 12 games than any of them (graphic via @FootballFacts):

Almost as importantly, there's lots of negativity surrounding the state of the team, just the way there always is in the championship years. The Boston sports radio imbeciles are declaring the end of the Dynasty for the 12 consecutive year. They've got Brady starting for the 2020 Dolphins. Their declaring head coach Belichick has been let down by the arrogance and hubris of GM Belichick as they have every season since he unpacked a box of photos, memorabilia and media repellent spray in his office back in 2000. All is as it should be.

So why then am I not enjoying myself?

I've been asking myself this all week like Charlie Brown asking Linus why he's not happy at Christmastime. And I finally came up with the answer. It's ESPN's fault. Specifically, we haven't been hearing enough Patriots hatred out of the World Wide Leader. It's hit me that, in order to be truly fulfilled, I need to feel the anger. I've become accustomed to the resentment. Addicted to it.  I'm not just talking about Max Kellerman talking about Tom Brady's cliff or whatever. That won't satisfy my jones. I need the sort of pure, two-way hatred that was selling for 1,000 bucks a gram on the street back in the day:

Not hearing from them calling the Patriots cheaters and detestable frauds by that failing former media giant in Bristol is like being a wrestling heel stepping into the ring to polite applause. And thankfully, they've come through when I needed them most.

Enter Ryan Clark (cued up to the 1:17 mark for your convenience):

Of course Ryan Clark would know about morality. Since the immoral figure he thinks is a perfect fit in New England was his teammate in Pittsburgh for four seasons in Pittsburgh. And they have a history.

And he was with the Steelers for nine years. But sure, pin the "morality" argument on the team that released him 11 days, preferring to take the hit and send a 2nd round pick for Mohamed Sanu instead. I appreciate the sentiment.

Fortunately, it doesn't end there. Thanks also to ESPN Senior Writer Tim Keown, who wrote a 10 million word piece about the three weeks he spent embedded with the Patriots troops, getting an insider's perspective unavailable to any other media member. Practically sitting in on coaches' meetings and getting more access than even Ernie Adams practically.

I kid. It sounds like he got a press pass and hung out in the locker room a few times. Which anyone can do. And what he found out was about as startling as you would imagine:

I followed the Patriots for nearly three weeks -- three games, including their first loss, and two weeks of practice. The idea was to burrow inside, to see the Patriot Way up close and attempt to discover what the world looks like when everything within it is condensed to Belichick's Sunday-to-Sunday philosophy. …

If there's anything transparent about the Patriots, it's this: The search for the heart of the culture -- this mythic, nebulous Patriot Way -- starts with Belichick.  …

His secrecy and dismissiveness … His commitment to the bit -- and it is a bit, slathered in all kinds of Sun Tzu and Machiavelli -- is unrivaled. …

This is the most widely disliked team in America's most popular sport. "I know people hate us," says safety Terrence Brooks. "But why, though? I wish I could ask them why." There are reasons: Spygate, Deflategate, Belichick's demeanor, Tom Brady's perfectionism, undiluted envy. Hating the Patriots has become a sport within the sport. But no matter how much you despise the Patriots, I consider it my solemn duty to report that you're hating a concept more than the guys in this room. …

Wow. Just, wow. Compelling and rich. In just three weeks this newshound was able to dig deep and uncover the truth that Bill Belichick is secretive, ruthless, unsympathetic with a gruff demeanor and he and his team are widely hated thanks to the -Gates and all their success. Incredible. How nobody discovered this before is beyond me. The local reporters and I have been asleep at our posts, obviously. But I'm glad somebody finally brought this to the light of day. And I'm glad especially that it's ESPN.

Hopefully it doesn't end here. Because I feel like it's simply been too long. A beef between a declining media empire and the best sports dynasty they've ever covered - one that began with Tom Jackson saying "They hate their coach," and Belichick saying "Fuck you, Jackson," and has continued through all the phony Spygate reports and PSI numbers and Mark Brunell's tears and Kelly Naqi fake stories - can't end just because the WWL grows tired of being wrong all the time. So thanks, ESPN. From the bottom of my heart. Please keep the hate flowing.