This video has a little bit of everything. You have the Michigan Man in sweatpants who seems to be the one escalating all of this. He's pulling the classic 'I didn't say shit' move while he 100% said a lot of shit. No doubt about that. You have a Louisville fan screaming fuck you right back at him, going volume for volume with their fuck yous and fingers. You also have someone calling someone the f-word in 2019, which is baffling. Then again, look at who we are dealing with here.

But we're looking past that at some gems in this here. You have the Louisville public announcer just so happy to introduce the soccer team and get people jazzed up as this is going on. You then have the slip by the Michigan Man. That step really comes outta nowhere:

You have my man here with the Dana Holgorsen hair just trying to sip on his cocktail and watch the Cards. Nothing wrong with that. He's also trying to show some effort to get someone to help out because he sure as hell won't by waving his arms all around. 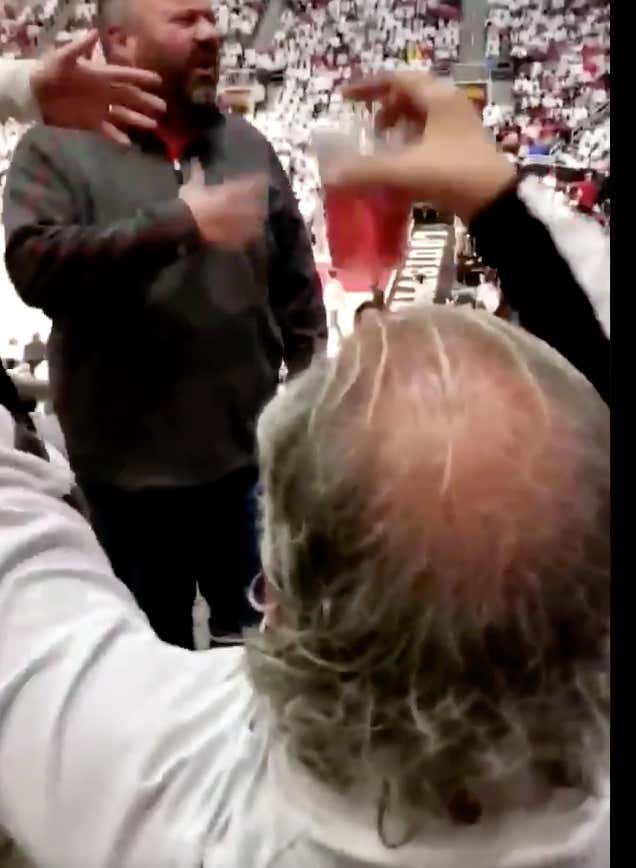 Finally, I want to address this. So many people are saying why is this Michigan Man wearing sweatpants. We need to live in a world where you can wear sweats to a game and out in public over a certain age. You don't need to be dressed up to go watch a game. Wear whatever you want, especially when you are this age. That said the irony of him wearing a 'who's got it better than us? NOOOBODY' shirt while his team isn't scoring 50 points and football team just got smacked isn't lost on me. That makes this video 100x funnier.