It was a struggle, but we finally have the artist formerly known as “Bond 25″ on the horizon…

James Bond has left active service when his friend, the CIA officer Felix Leiter, enlists his help in the search for a missing scientist. When it becomes apparent that the scientist was abducted, Bond must confront a danger the likes of which the world has never seen before.

I have absolutely no idea what to expect from this movie. Based on the trend of the Daniel Craig James Bond movies, we are in store for a good movie… I think? 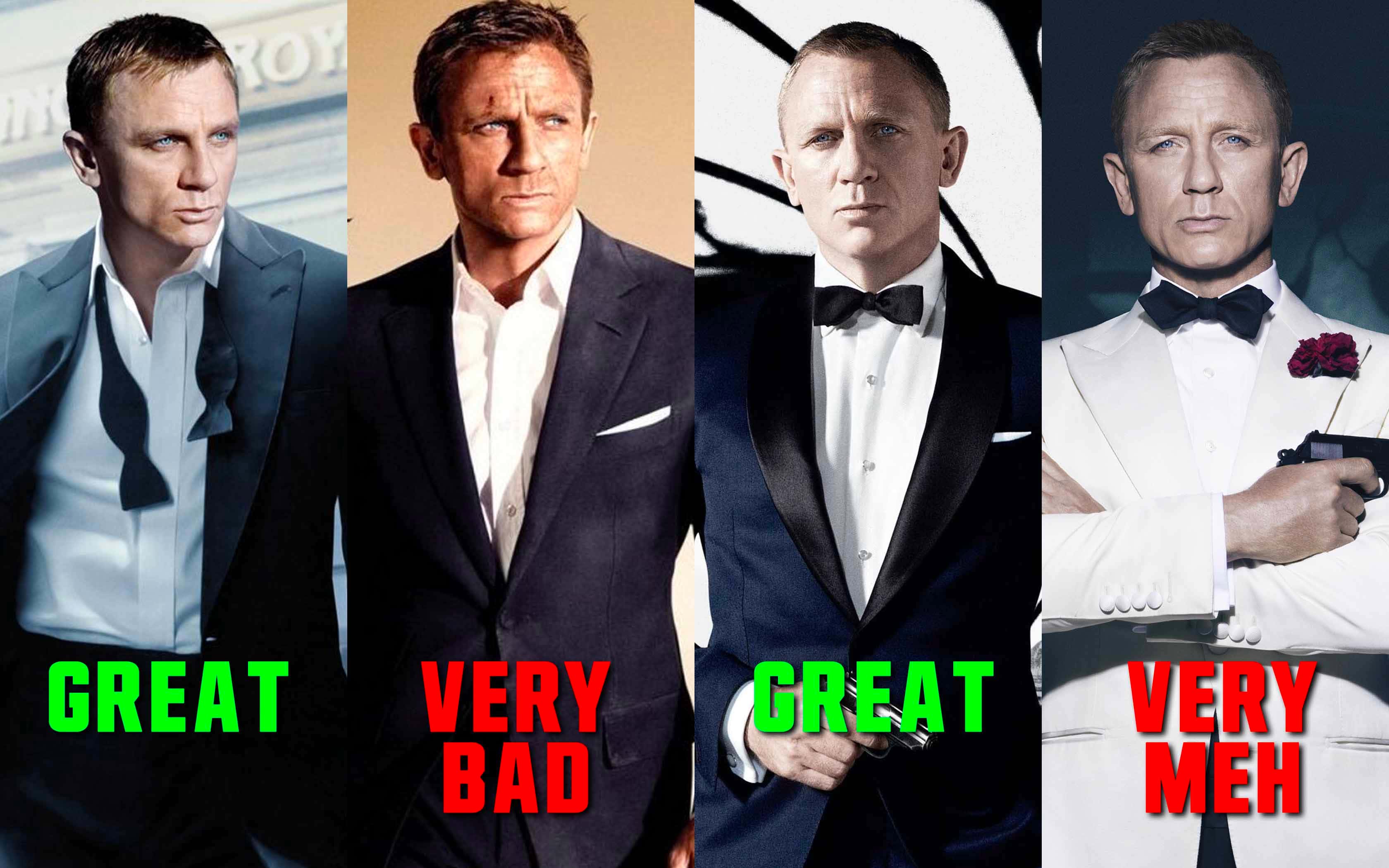 Both ‘Casino Royale’ and ‘Skyfall’ were fantastic but man oh man was ‘Quantum of Solace’ a big pile of shit and ‘Spectre’ quite the letdown.

I can’t get a read on how this will be to be honest, partly because of the production issues, mostly revolving around the director position. There had been many different names attached to the Bond 25 project, including Denis Villeneuve (before he, thankfully, decided to focus just on ‘Dune’) and Danny Boyle (who dropped out in August 2018), before finally landing on Cary Fukunaga.

The script has also been touched up a few times and EMMY Winner and ‘Fleabag’ creator Phoebe Waller-Bridge is credited as one of the final writers for the film before it went into production.

The storyline connects a ton to ‘Spectre’, which was considered a huge step down from the movie that came before it, ‘Skyfall’. Christoph Waltz as Blofeld was expected to be a dynamite role for the two-time Academy Award winner, but the movie really fizzled out from the get-go.

‘No Time To Die’ will feature the return of Waltz, but also introduce a new villain played by Rami Malek.

There have been rumors that he is some sort of eco or environmental terrorist? But, really, he just looks like the Phantom of the Opera…

Here’s what Malek had to say about the character…

“We’ve thrown the book at him on this one,” Broccoli told Empire. “He is really the supervillain. He’s the one that really gets under Bond’s skin. He’s a nasty piece of work.” And that’s pretty much all we know so far. In a July interview with the Daily Mirror, Malek said that he wasn’t on board with his character being identified with “any act of terrorism reflecting an ideology or a religion,” and that the villain he plays is a “very different kind of terrorist.”

Last week, UK tabloids reported that the villain would apparently be “eco-friendly,” and his lair would contain a massive algae farm. We’ve got to take the unsourced-rumors with an obvious grain of salt, but if they’re true, an algae-loving nemesis would definitely qualify as a “very different kind of terrorist.” (via Esquire)

The trailer doesn’t show much, but all we have so far is the usual hint that he is your classic “mean scary exposition monologue” bad guy.

Bond 25 features the return of Lea Seydoux’s Dr. Madeleine Swann, “a psychiatrist and Bond’s love interest who assisted him in his mission in the film Spectre.” As well as the addition of Lashanna Lynch, who takes on the 007 (apparently) when Bond retires.

That leaves us with the man himself, Daniel Craig as James Bond (for the last-last time this time, he swears!) and Ana de Armas’ new character.

I really just want to use this moment to tell people to go and see ‘Knives Out’, featuring both Craig and de Armas.

Personally, I am looking forward to the movie but have absolutely no expectations whatsoever. What did you think about the trailer for the new James Bond movie ‘No Time To Die’? Let us know below…