The tweet above is from FaZe Banks, an incredibly popular YouTuber. He's the leader of the so called FaZe Clan, which consists of over 5.4 million subscribers. He lives in a house called The Clout House, with a bunch of other YouTubers:

As of 5 months ago, FaZe (the capital Z is very important) was dating Alissa Violet, another YouTuber. She has 3.87 million subscribers. To my knowledge, she does not have a clan nor does she live in a Clout House.

Alissa previously dated Jake Paul in a relationship that ended both poorly and publicly. Allegedly, Alissa Violet cheated on Jake Paul, but Jake Paul was physically and mentally abusive towards her throughout their relationship while also cheating "100s of times."

Anyways, Alissa's next YouTube boyfriend was FaZe Banks. He picked her up and was very vocal about how he was going to treat her better than Jake Paul treated her.

Fast forward to 5 months ago when Alissa and FaZe Banks broke up. Now, fast forward to yesterday, when FaZe tweeted out "I love you" to which Alissa replied: 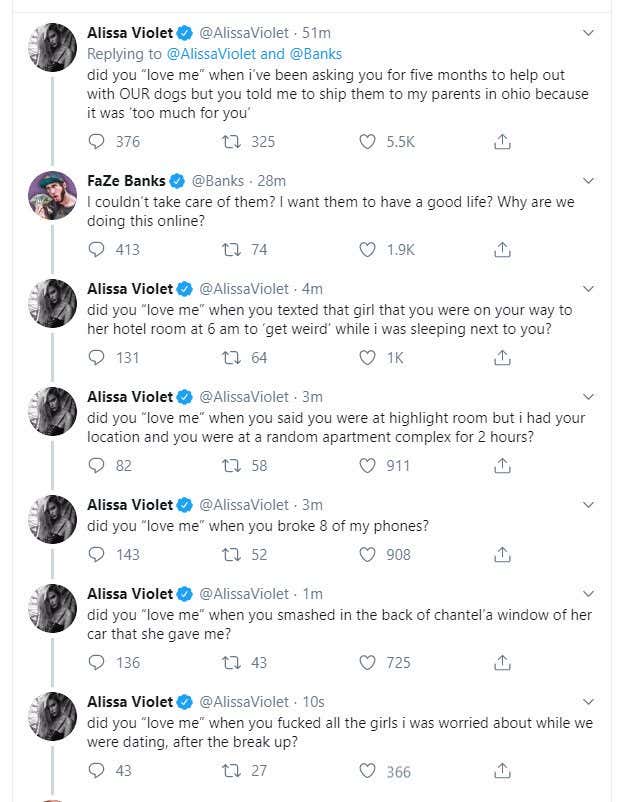 FaZe Banks did the only thing a YouTuber could do during a controversial period, open his iPhone Notes app and start typing:

P.s. FaZe also has history with Robbie after claiming that Robbie stole the "My Mom's Basement" name from him and some fella named KeemStar. 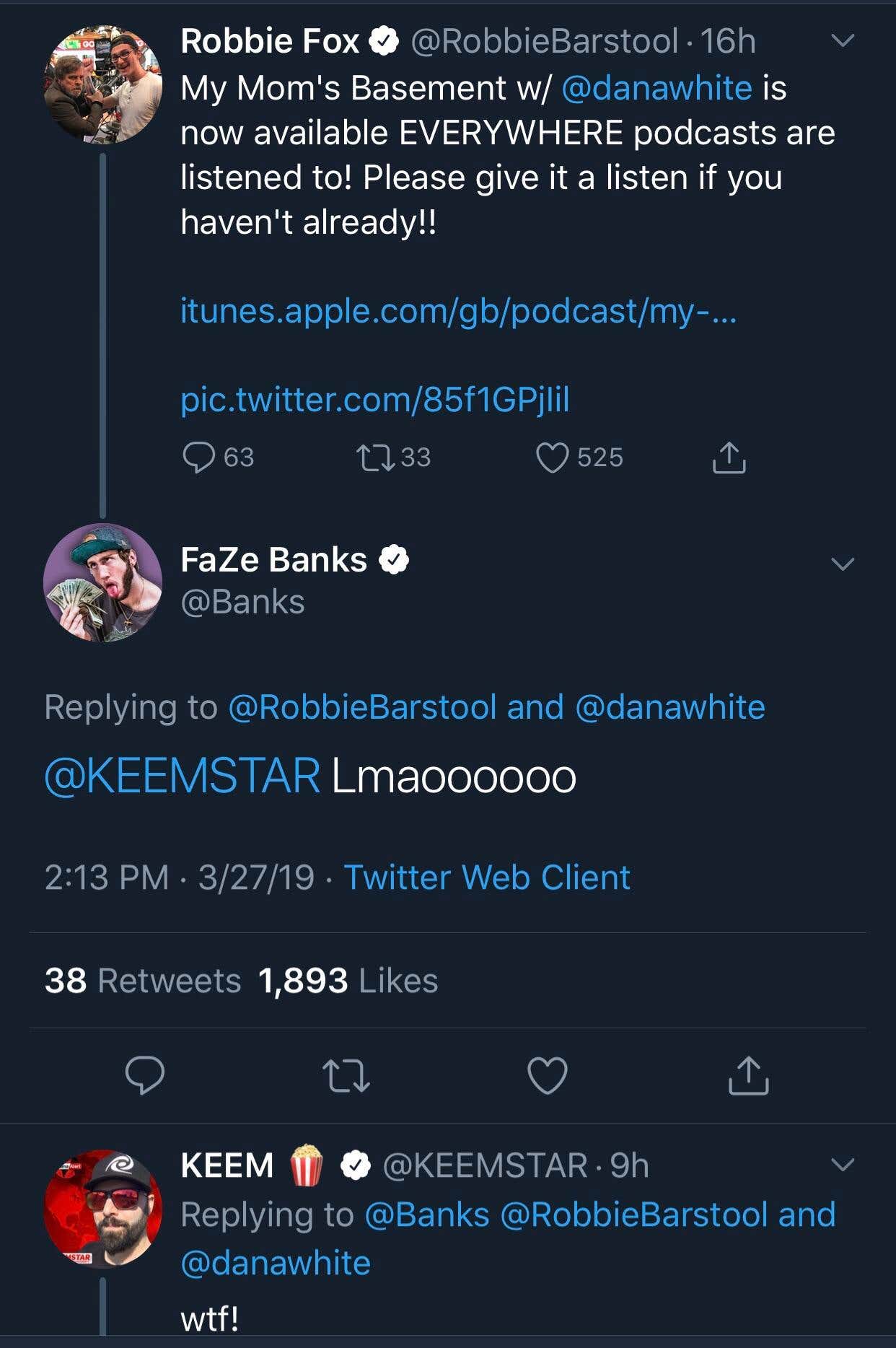