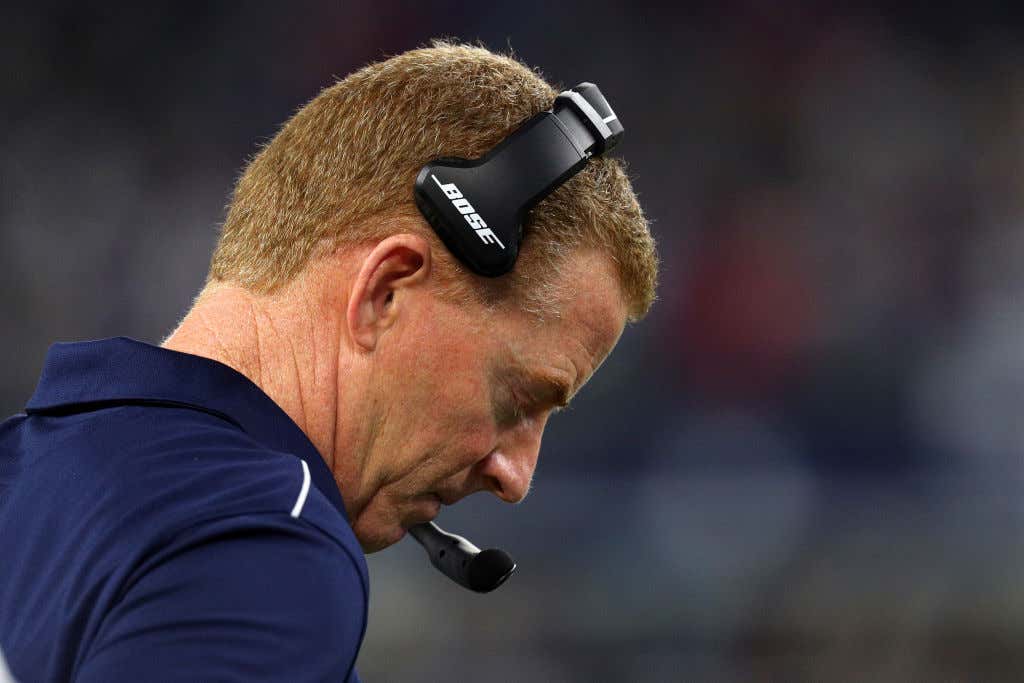 Jesus, man. At this point I'm all but convinced the only reason why Jerry Jones hasn't fired Jason Garrett yet is because he's a sick bastard who gets off on torturing the guy. I mean Jason Garrett has been on the hot seat now for what? Like 7 or 8 years? Anybody with at least half a heart would have just mercy fired him by now but not Jerry. Jerry wants to keep him around longer to make every waking moment of this man's life pure agony.

Think about how much life as Jason Garrett has to suck (if you take the millions of dollars he makes as a head coach in the NFL out of the equation). The guy probably hasn't felt a shred of job security in at least the past 5 years. He can't get his team to stop sucking. He probably wakes up every morning absolutely dreading going in to work because he knows that once he's in the building, he's going to have to talk to Jerry who is going to make a bunch of cryptic ass remarks about his job performance. Can you imagine any time Jason Garrett hears his phone ringing and he looks down to see that the caller ID says Jerry Jones? Good lord, he has to be shitting his pants every single time. Every time his phone rings and it's Jerry Jones on the other line, he has to imagine that it's the final call before getting fired. I'd actually love to walk into Jason Garrett's home right now. My bet would be that he's been living out of a suitcase for years now because he's never sure when his time is up.

"In my opinion, Jason Garrett will be coaching in the NFL next year". What a sick, twisted, sadistic way to toy with this man. Like I said above, it's torture.

Some things are bigger than sports. As much as I'd love to see Jason Garrett remain the head coach for the rest of eternity so they can continue to do nothing besides occasionally win 1 playoff game every few years an the franchise rides out decades of mediocrity until there's nobody left on the planet who was alive the last time Dallas won a Super Bowl. But I'm also pretty sure we're all just witnessing a torture here. I'm all for Dallas sucking, but I'm also relatively anti-torture unless we're torturing the shit out of terrorists. And as far as I can tell, Jason Garrett is just a good guy who is bad at coaching in the NFL. Quite the predicament.