Yesterday the front lines of our Nation's Fast Food Fried Chicken Sandwich Wars shifted to the two cities whose citizens needed it least. Multiple locations throughout Knoxville & Houston released McDonald's answer to Popeye's & Chick-fil-a and will be testing out the items through the end of January.

The new options are:

"The Crispy" - Topped with butter (like, just a big ol' pad of butter on top like it's a pile of mashed potatoes?) and crinkle cut dill pickles. Served on a tasty buttery potato roll.

"The Deluxe" - Topped with tomatoes, lettuce, and mayo. Served on a tasty buttery potato roll.

From Micheline Maynard at Forbes:

McDonald’s has made numerous attempts to make headway in the chicken sandwich, but it has never had the impact of Chick-fil-A, nor seen anything like the hoopla surrounding Popeyes.

Last July, key franchise holders begged McDonald’s for a sandwich that could compete with their Southern based rival.

“A Chicken Sandwich at McDonald’s should be our top priority,” the National Owners Association board said. "JFK called for a man on the moon, our call should be a category leading chicken sandwich."

That email was set just a few weeks before Popeyes launched its chicken sandwich, which sold out in only two weeks.

Others want to know why they didn't just bring back the 'southern style' sandwich they had years ago.

As for our resident McDonald's chicken sandwich expert, she said she'd try the new version despite the haters, but that "original McChicken's are just…." (at this point Ria looked off into the distance longingly.) 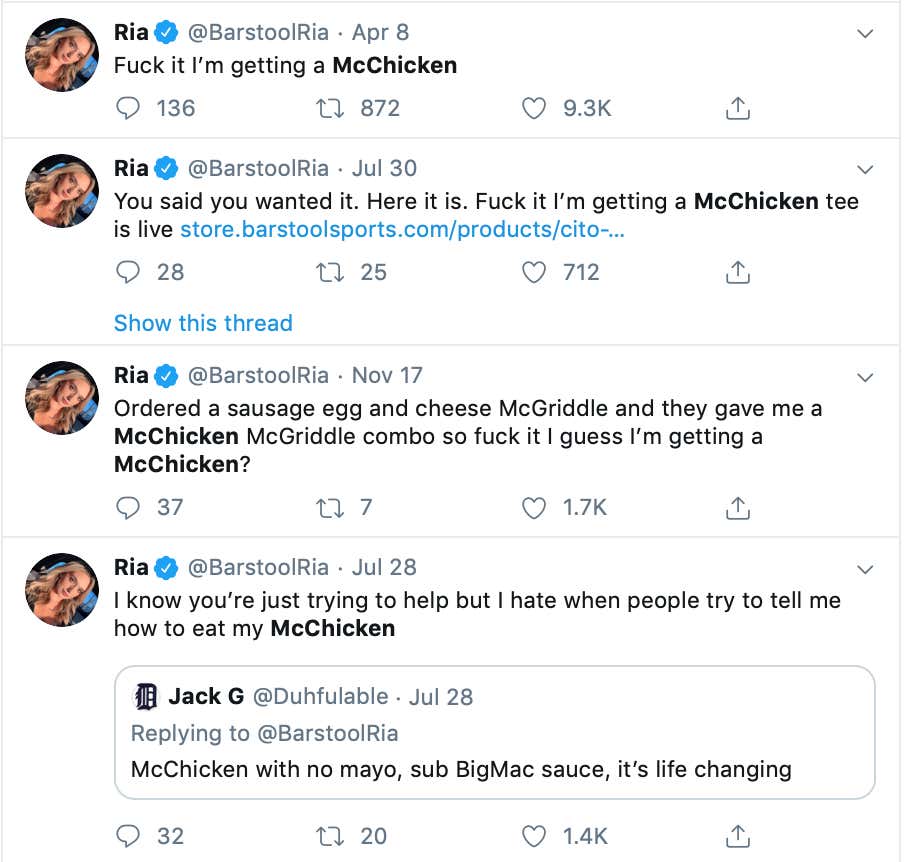 As for me, I'll be staying above the fray & sticking to what I know best. Home cooking.