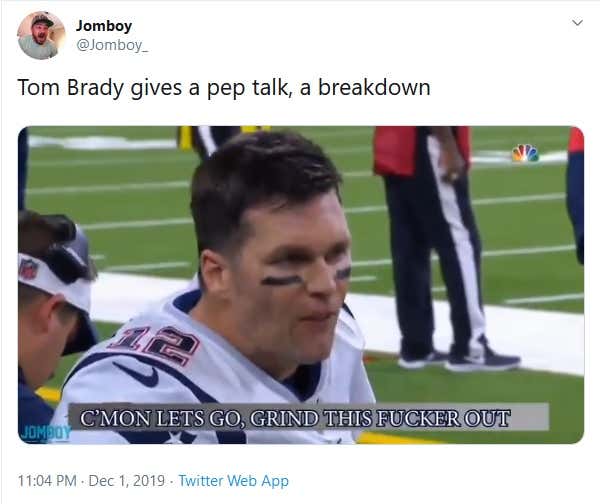 This morning a very sleep-deprived me was sitting alone in the predawn hours, writing a Knee Jerk Reaction to the dog's breakfast that was the Texans game wondering about the state of the Patriots wide receiver depth chart. That was based on one live-viewing of the game plus a couple of rewinds of certain plays on my DVR. Plus the translation of Brady's sideline rant to the unit.

In the time since, I've been able to dig out a few more clips, some from different angles and one with analysis from a 10-year NFL backup quarterback. And the results are not encouraging.

Take this Brady pass to no one, as seen through the eyes of Dan Orlovsky, who understood the hand gestures the rest of us missed:

After two decades and 247 wins, I've come to just instinctively assume that when Brady throws a pass that lands in a spot that is not within 20 yards of any receiver, the fault is with one of his receivers. It's not a guarantee, but it's about as certain a bet as their is in this life. I assumed so on this play, but in the chaos of the moment the broadcast didn't make that clear. So here goes. 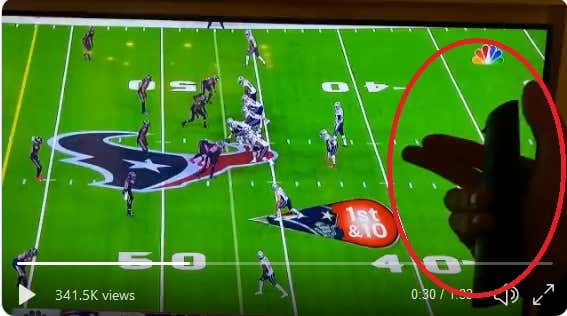 Which you can sort of make out here: 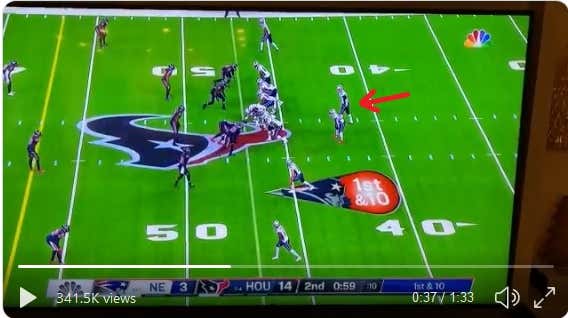 And no, that has nothing to do with your sister or Blink 182 but has everything to do with Brady telling Dorsett to run a double move, a signal that was either accidentally missed or sloppily ignored. And served to put the offense in a down & distance hole as they were trying to end the half with a score. Which was confirmed by Brady on the sidelines after the punt team came on, explaining to Josh McDaniels where it all went wrong: 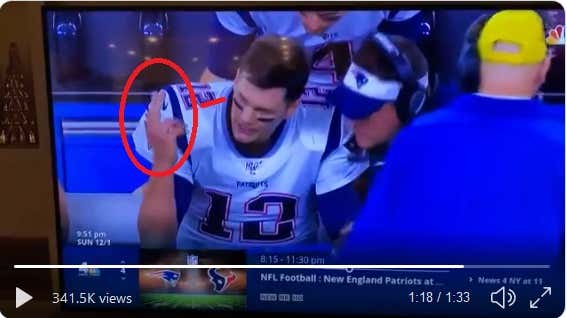 And how he was not so much disappointed as he was, well, angry. 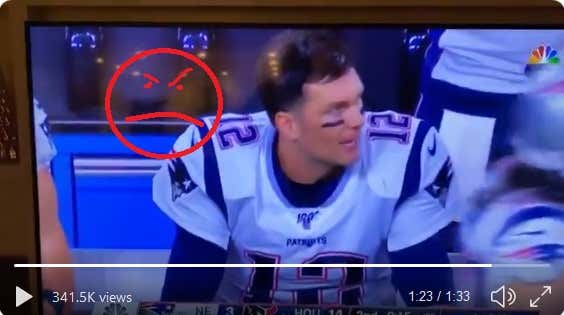 "I'm done with him" is pretty damning. And pretty understandable when you realize Dorsett is in his third year here, with 46 games of experience taking signals from Brady and Belichick only knows how many practices. Not to mention he's a bright guy whose come up big in huge moments before, including catching Brady's only touchdowns in the postseason last year. If Dan Orlovsky knows that after playing for Detroit, Tampa and Indy and being retired for four years, then there's less than zero excuse for Dorsett to be running wrong routes.

Which brings me to N'Keal Harry. I said this morning that he either ran the wrong route on that interception or failed to adequately fight for the ball, because he was never targeted again and only saw the field for a handful of running plays. I didn't realize until now how right I was:

Holy moly, is this pathetic. Meandering into his route: 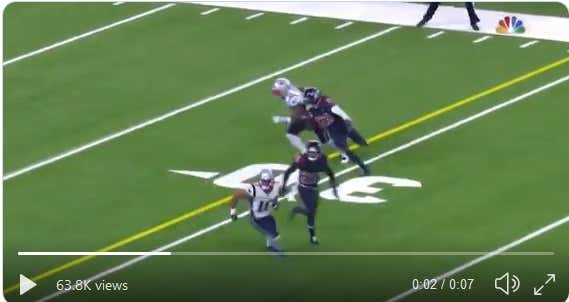 Getting outfought for the ball: 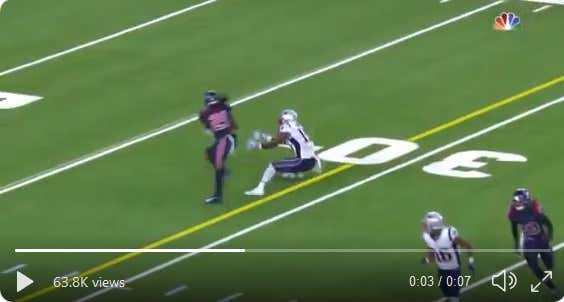 And then this, what the politicians like to call "bad optics": 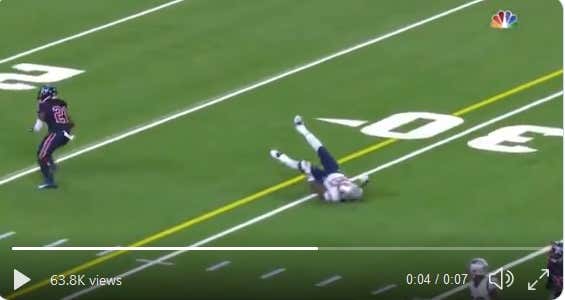 Joe Biden eating his wife's fingers isn't as bad a look as this. And while I was almost tempted to give Harry a pass since he's only in his third career game, it's precisely because he's new that this is extra strength unacceptable.  He's got all the pressure of a 1st round pick who missed the first half of his rookie season weighing on his well-rested shoulders. He should be making it so Bradley Roby would have to kill him to undercut his route and steal his completion. He should be catching bullets between his teeth and spitting them out, not getting outhustled

And while I appreciate that rookies aren't supposed to talk around here, he didn't do himself any favors in the locker room.

Source - "I'm not exactly sure what happened with that on film," Harry said. "I got to look at it on film first."

Was it something about his route?

How did it feel, Patriots Insider Tom E. Curran asked?

He, like Dorsett, comes across as an earnest, hard-working, team-first player. And hopefully he'll learn from this. But there's nobody you should want to be less than him in a dark room today watching that film.

Hopefully Dorsett will learn as well. And this whole unit will take the thousands of … altogether now … Teachable Moments from this debacle and shit straightened out, starting this week. Because it's becoming more clear to me with every play I rewatch that it is not Brady. It is most definitely them. And if they make it so this is rock bottom, it can be that dark Chapter 2 they always show in black & white and slow motion in all the Super Bowl videos, just before the team turns it around. If it doesn't end up being their worst performance, then it's up to Brady, Julian Edelman and James White to carry this team all by themselves. And you don't want that.

Let's not let this guy be right.