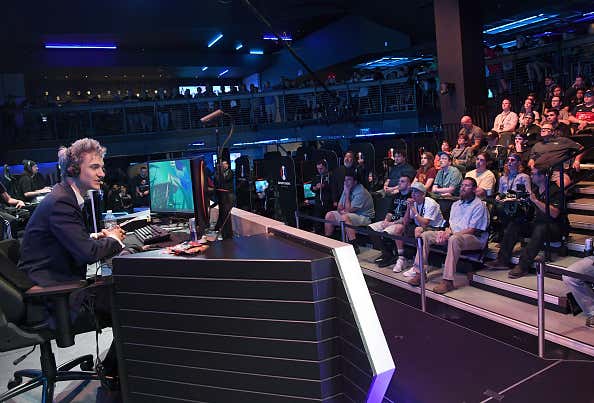 Unless you were living under a rock or sustaining any semblance of a social life for the past two years, you probably recognize the name Ninja and know how influential he is in the word of gaming, pop culture, sports, and society in general. The 28-year-old phenom has been wowing massive audiences with his freakish athleticism on the Fortnite field since 2017, and he’s only continuing to get more and more popular. To put things into better perspective, when Ninja went to battle with Canadian pop star Drake (Bria’s Interlude), their game accrued a live audience of 628,000 viewers. That’s over nine times as many people who attended the Super Bowl last year. That’s nine times the amount of pressure to hit that game winning shot or field goal. But don’t take it from me. 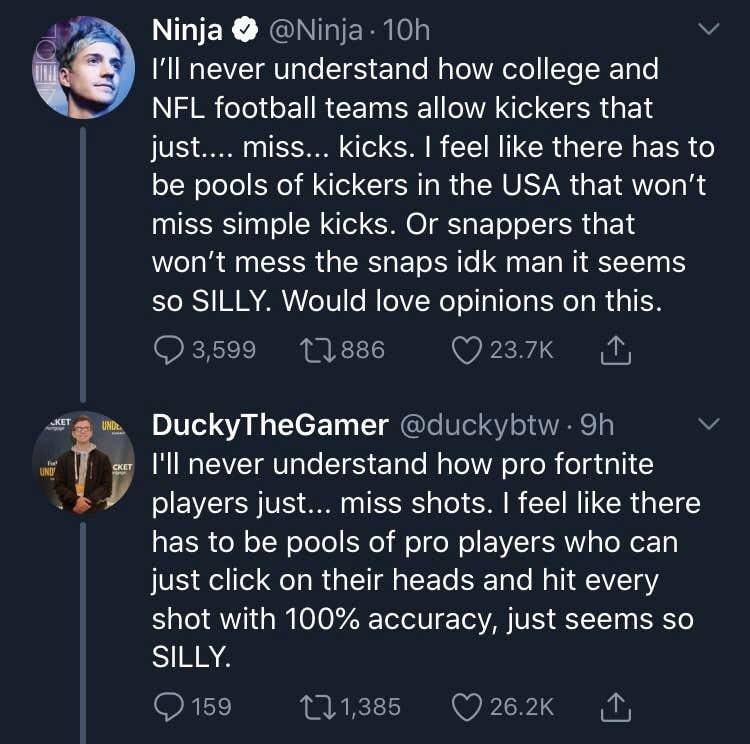 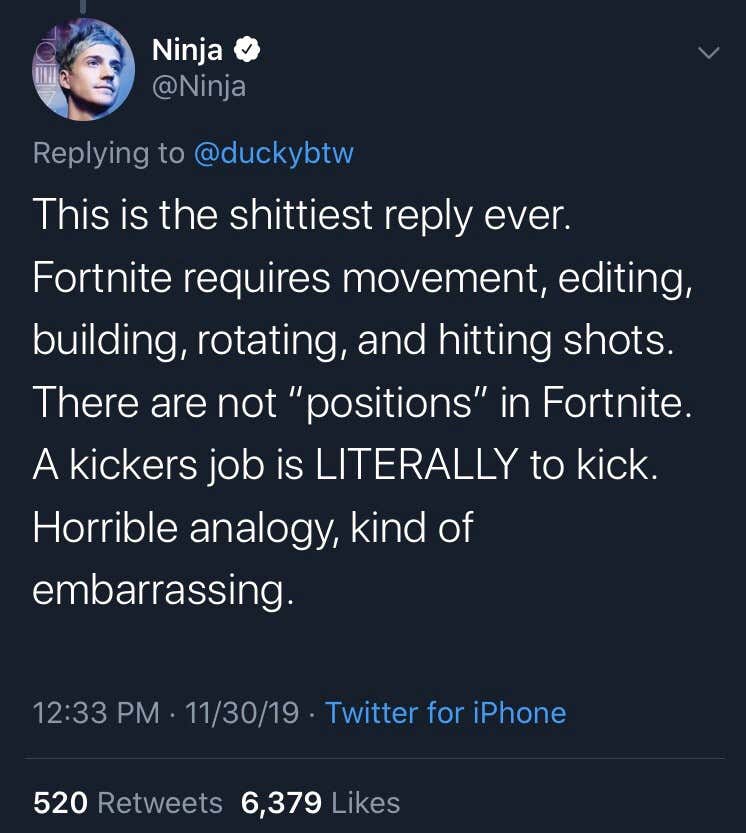 Statistically, there’s probably been at least a billion total replies in the history of the internet, so for that one from DuckyTheGamer to qualify as the “shittiest” ever, it has to not only be bad, but also wrong. While it’s no secret that succeeding in electronic sports is significantly more difficult than being good at some of the more “feminine” and “entry-level” positions in professional football, like kicking and punting, should it also be argued that being a pro e-athlete is harder than playing any position in the NFL? Let’s break down the very particular set of skills it takes to be a Fornite player.

Ahh yes, the act of physically changing bodily positions. Something that is not required from an NFL kicker at all, and only mildly necessary for the rest of the league’s players. While the average professional Fortnite player sprints hundreds of kilometers across entire fictional cyber islands whilst jumping over structures and dodging lethal obstacles in one game alone, NFL players lightly jog on and off the field and run for, at most, 5–10 second at a time. And when it comes to a genetic anomaly like Ninja, who’s known as “the Barry Sanders of moving a computer mouse,” there’s a night and day difference in movement skills between him and even the most mobile NFL stars.

As someone who’s only a casual fan of Fortnite, I’m still ignorant to what “editing” in the game specifically entails. But when it comes to Ninja, someone who’s been dubbed the “Microsoft Word Paperclip of e-sports” by several critics, I’m positive that it’s an in-game skill that is much harder than something juvenile like “calling an audible.”

Known in some circles as “the Frank Lloyd Wright of two dimensional architecture,” Ninja has proven through continuous battlefield success that his craftsmanship, carpentry, construction abilities, and tireless work ethic are superior to even the most accomplished and handy artisans in human history. Aside from detrimental tension with their teammates, when’s the last time you saw an NFL star build something significant? 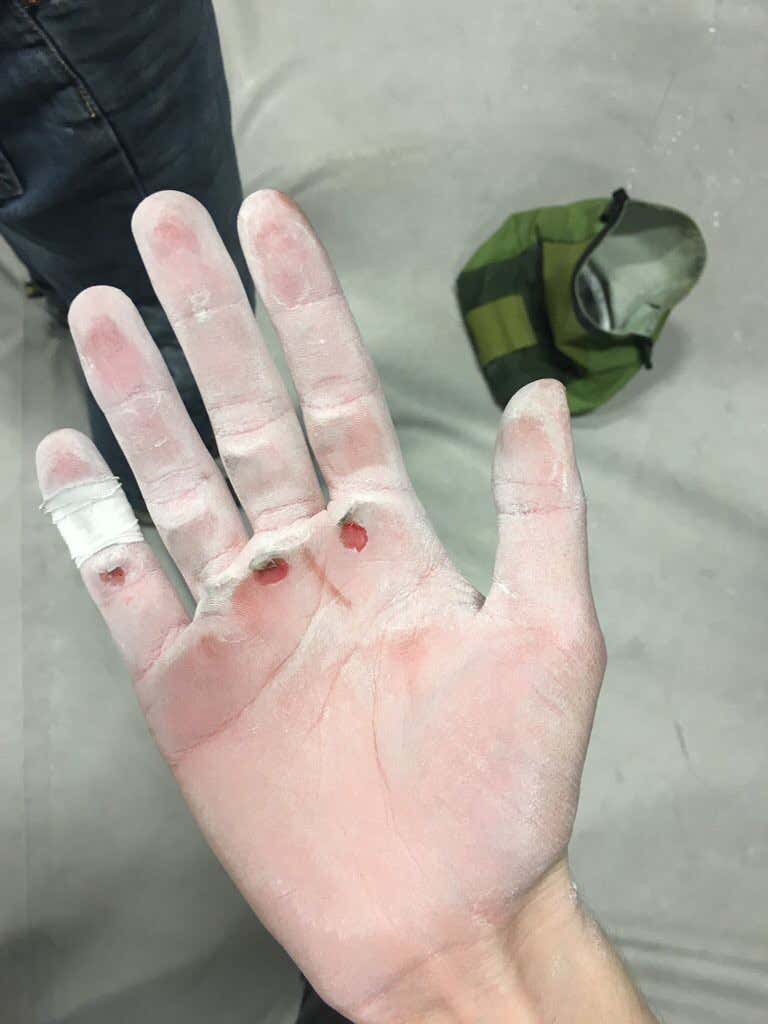 Often referred to as the “Dwayne Wade of virtual spin moves,” Ninja and a small handful of other Fortnite savants possess the innate ability to click their mice in such an expert manner that their self-representative video game characters move around on an axis with more athleticism than an elite NBA shooting guard, let alone a pudgy tailback like Saquon Barkley.

Colloquially known as “the Larry Bird of hitting virtual shots” and “the Chris Kyle of utilizing animated sniper rifles on PC games,” Ninja has proven time and time again that he can consistently press down on his computer mouse’s buttons with the precision and dexterity of a seasoned wizard or war hero. 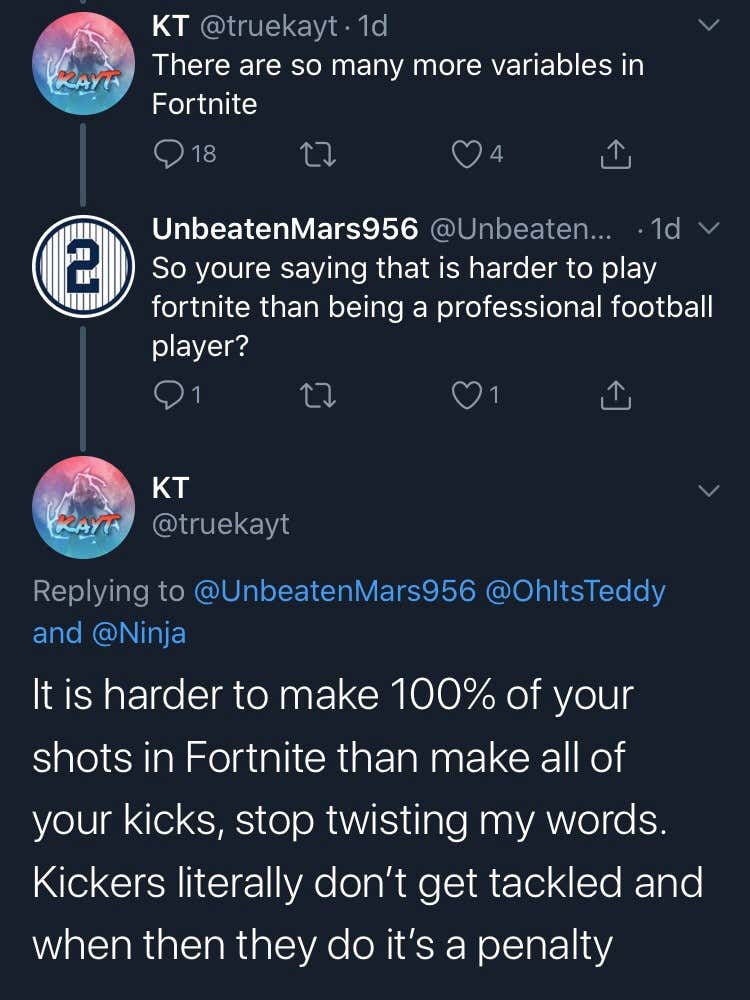 In the end, this was all kind of rhetorical, but I’d be doing professional e-sports athletes a disservice if I didn’t reiterate Ninja’s sentiment. Thank you for your time.