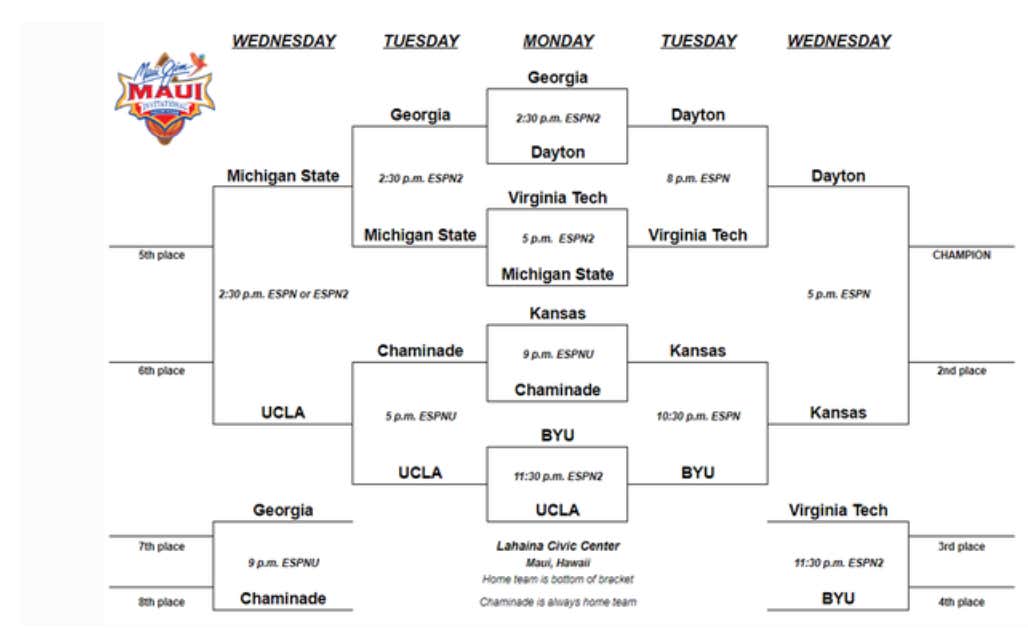 Thoughts: Just like we all expected, Dayton vs Kansas in the title game. I'm wildly impressed with Dayton here. This is just a flat out good team. They have the star in Obi Toppin, they have guys who understand their roles - something that Archie was always great about doing when he was there. They can hit shots and they look to score. More importantly the defense is starting to come around. No matter what happens today, they have been story No. 1 in Maui.

Michigan State nearly blew that game yesterday when Anthony Edwards got hot. There are serious questions about Michigan State, most of which center around whether or not Malik Hall will turn into that Kenny Goins type player that can hit some jumpers from the 4 spot because MSU can't be successful running Kithier and Tillman out there together. On the other side, UCLA is a weird team. They have some individual talent, but it's year 1 under Cronin and learning a new system. We know Cronin will have them defend and with it being an early game again we're going to go with the under here.

I talked about Dayton earlier but here's why I like them here. They will pack the lane and try to force Kansas to beat them from the perimeter. If they can limit Udoka Azubuike's touch and ability to control the paint, Dayton will win this game. Dayton is the better shooting team and a bit more versatile since Kansas keeps running that big/big look a bit. I thought the line would jump up a bit more around 6, but we'll take it at 4.5 and cheer for the Flyers.

Alright so both teams here want to shoot the ball. They don't draw fouls, they don't play super fast, but they like to attack and kick. There is a bit of a fear of tired legs here, but it all depends how the first couple shots look. I think yesterday was bit more of a letdown spot for Virginia Tech, so we're going to go 3 days in a row on them and their overs. 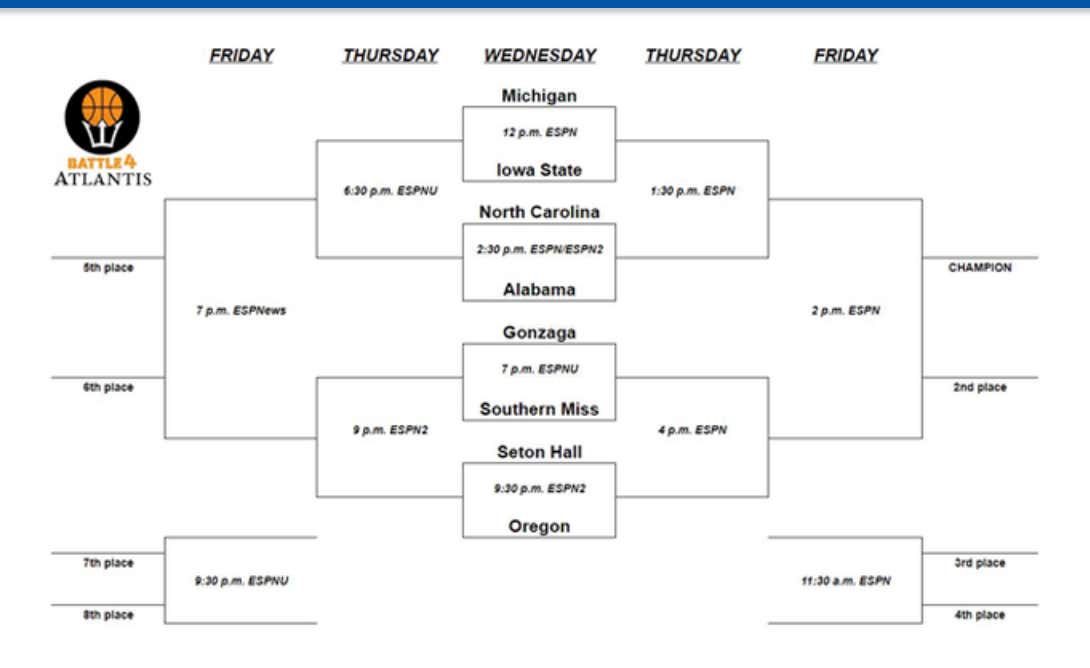 Thoughts: Finally we have the best tournament kicking off this week. Look at this field, it's absolutely loaded. Low key I think Oregon has a real good chance to win this thing and be a top-5 team in next week's poll. Other than that, I'm real curious to see the Michigan/Iowa State game. They both are teams with a lot to gain and can sort of make a statement with a win over the other team and playing UNC close. This tournament really has it all though with Cole Anthony, Myles Powell, Oregon, Gonzaga, etc. Just loaded.

I do like this Iowa State team - Tyrese Haliburton is one of the better players that doesn't get talked about enough. But, Zavier Simpson is still flying around for Michigan creating havoc and more importantly Jon Teske has looked awesome under Juwan Howard. Michigan is playing more of an NBA style defensively too, where they are really taking away the 3pt line and challenging shots instead of going for turnovers. I also think Michigan's versatility can match Iowa State's, which tends to be the Cyclones biggest advantage.

In a game where Alabama wants to push tempo that's a huge advantage for Cole Anthony. There may not be a better guard in transition in college hoops than Anthony. I know this game is in a ball room and neither team is a great shooting team, but there are just going to be so many possessions in this game. Alabama wants to jump on defense and try to create havoc, which can lead to easy buckets. UNC will get in the secondary transition and look to attack the rim. We trust Cole here.

I'm not entirely sure why Oklahoma State is getting 3 here. These teams are so similar in terms of talent, the only reason I can think of is this being played in Brooklyn is essentially a home game. You know how you need a guy that can hit threes to help beat the Syracuse zone? Yeah Lindy Waters can do that and is the best player on the floor. With a lack of scoring threat for Syracuse I'll take the points.

Let's go down to Mexico where WVU is no longer Press Virginia. That said, I actually like this WVU roster. Oscar is a stud, Derek Culver is solid and they can mix and match lineups. This is a defensive matchup through and through though. Both teams rank in the top-30 defensively. The question will be can Wichita State force enough turnovers/prevent WVU from getting the ball to the post to win this game. I'll take Huggy Bear here.

This is strictly fade Northwestern. That's it. That's the take. That and don't be surprised to see Pitt attack the offensive glass and get to the line a bunch.