I fucking hate Chris Russo.  Nobody likes east coast bias in the media, that is of course unless you’re located in the north east.  Chris Russo?  He fucking BLEEDS east coast bias.  That’s fine but like… he’s a national, blue check type media figure, so it’s not fine.  It’s always, ALWAYS  Yankees this, Yankees that with him.  Obviously the Yankees have earned that level of respect, but when Russo raves for them, it’s often for incorrect reasons.  He just yaps and yaps and yaps.

But this 2 min 20 second clip came across my timeline yesterday and I wanted to reach through my computer and strangle him, metaphorically speaking of course.  There was SO MANY bad falsehoods in this clip it made me want to vomit since it’s ya know, a national show on MLB’s home network.  Just gross.

So, we’re going to break it down from top to bottom.  Be prepared for an extreme magnification of my “White Sox fan midget syndrome” in this blog.

“Which mid-market teams can make the biggest impact in 2020″

Hey fucko, The White Sox are located in Chicago.  Not sure if you’ve ever heard of it, but it just so happens to be the 3rd biggest city in the country.  It’s a major market.  The population of greater Chicagoland is just under 10,000,000 people.  Sure they share a market, but the market is so big it can support two teams.

No, they didn’t.  They have been actively trying to lose since they dealt Chris Sale.  Literally their whole model was to lose as much as possible, get the highest draft picks, largest bonus pool and build from the ground up.

It sucks, but it’s the way baseball works these days.  The Cubs, Astros, Rays and other teams all did the exact same thing.  The Astros lost 100 games three straight years prior to their current run!!!  It’s mind boggling how he singles out the White Sox for tanking when it’s basically a proven method for sustained success across baseball.

Oh, and he mentioned the Tatis, Jr. for “Jamie” Shields trade.  Horrendous trade?  Yes.  But nobody has EVER called him “Jamie”.  It’s James you halfwit!

3. He doesn’t know how to pronounce “Kopech”

Called in “kepick” and asked his producer how to pronounce his name in the middle of his rant.  Oh, and the Sox think he’s the next Gerrit Cole.  I do too.  Kid has freak talent. 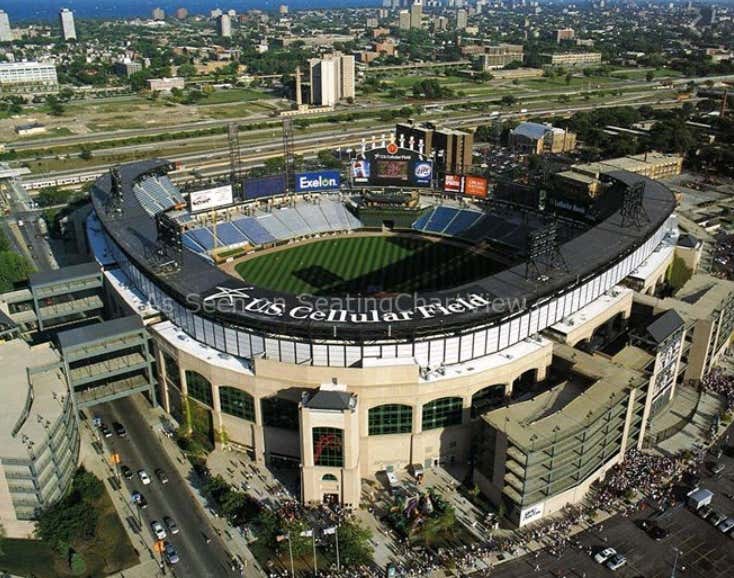 The fuck?  Look, I’m in the minority here and think the location of Sox Park isn’t great, but at the same time it’s got it’s own parking (Wrigley doesn’t), EASY access from the El, the best food in MLB, an open concourse and it’s a hitter’s paradise.  In fact it was one of the very first of the modern day parks.  The park is the LEAST of the White Sox worries, especially when you consider they’re only paying $1.5MM a YEAR to rent to from the Chicago Sports Facilities Authority.  They legit have the best lease in all of professional sports for their stadium.

PS – what other stadium in baseball has a beautiful view of the Robert Taylor Home housing projects?  Answer – none

5. They’re “worried about getting the big free agents”

No, they’re not.  They offered Machado a great contract, Harper an even better one, and a year later there aren’t too many people who are pissed off they missed on him because that money can and is being spent in better, more creative ways.  Circle back on this when they sign Mookie next year.  Only kinda kidding.

Then he babbles on and on about how the team has been horrendous, again, as if no team has ever tanked in the now to win in the later.  What’s this guy’s deal?  Just an awful, awful segment top to bottom.

Now I will agree that “it’s about time” for them to start winning.  And that’s what they’re aiming to do.  Wheeler is hopefully on deck and with them freeing up at least one roster spot yesterday, they’re going to make a corresponding move and again, he makes a world of sense.

The White Sox are in a great position.  Get ready to have them shoved down your throats by yours truly.  But don’t take it from me, take it from Ken Rosenthal and crew: