Source - A pilot in Minnesota is lucky to be alive after crashing his Piper Cub into power lines and remaining suspended upside down until rescuers freed him, officials said.

“This incident could have been much worse,” Scott County Sheriff Luke Hennen said. “We are grateful the pilot was able to walk away without any injuries.”

The pilot and sole occupant, identified as 65-year-old Thomas Koskovich, was flying south near Shakopee in rural Minnesota about 4 p.m. Saturday when his single-engine plane struck the wires.

Emergency responders deactivated the power to the lines and brought the pilot safely to the ground.

The FAA said it was investigating the mishap, which occurred about 25 miles southwest of Minneapolis.

Luckiest man alive. A Piper Cub airplane weighs nine-hundred-and-thirty pounds empty (research) and that guy managed to string it up by one wheel on a singular power line. Then he hung there upside down like an idiot until he was rescued. God forbid a gust of wind came and knocked the plane loose he would’ve been dead. I mean look at this visual.. 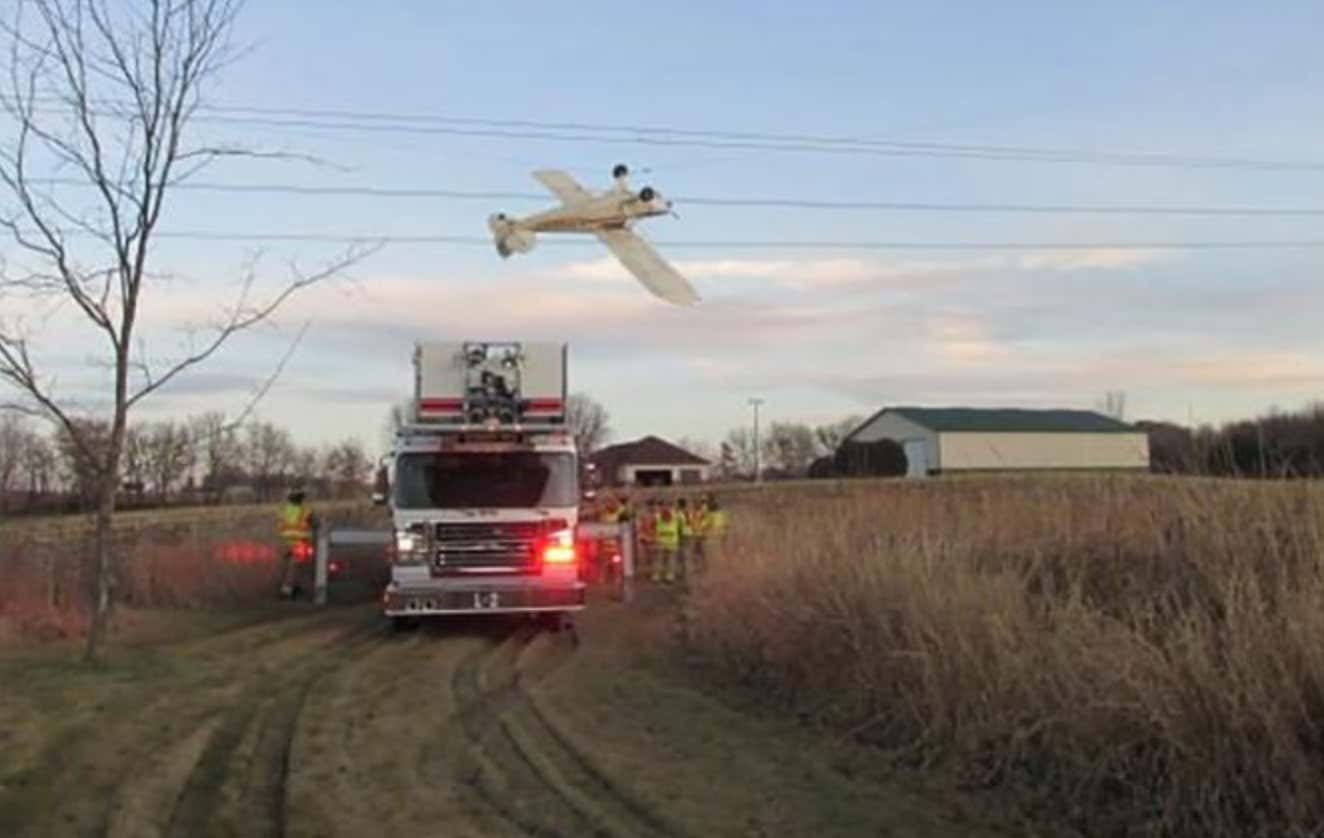 Those have the be the strongest power lines in the world. Thirty-eight miles per hour to a dead stop and they didn’t snap. What do you think was going through his head when he first realized he wasn’t dead? He had to have been thrilled. Tom, if you’re reading this right now, go out and buy a lottery ticket. There’s no chance you aren’t hitting the jackpot.