Alright so I'm not going to make this a habit, but here's a band blog for you. And I guess I'll do this the way my old man used to tell me things: do you want the good news or the bad news first?

**Side Note: If you ever answer this question with anything other than saying bad news, you're a lunatic. Anyways, here's the bad from this weekend's collegiate symphony performances.

Are you kidding me, Vanderbilt? On one hand, I know you're in the SEC and I guess the band isn't the top priority down there. But on the other hand, you're 1-6 in the conference, 3-8 overall, and supposedly some prestigious academic institution. That's the perfect recipe for having a great band. And this is what you come up with? 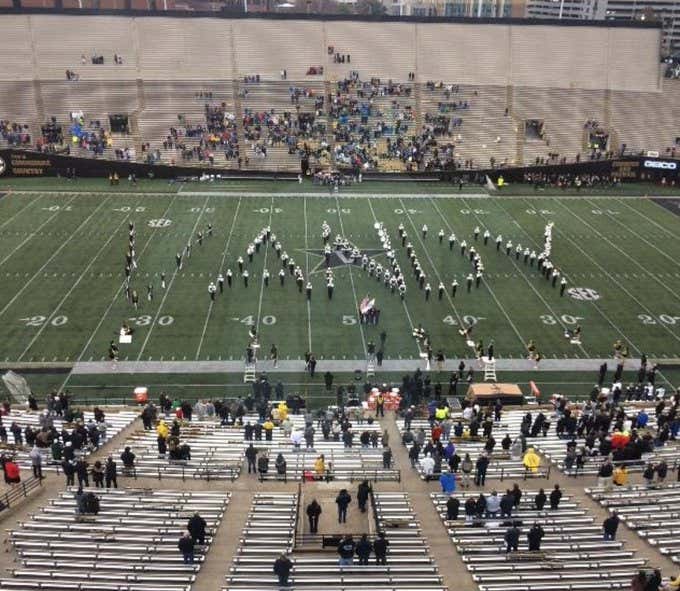 I don't know what's more embarrassing, the lack of people in the band or the fact that they still outnumber the people in the crowd. Either way, that does not say Vandy. That clearly says Andy. Did a student die? Or is this some sort of Toy Story tribute?

I mean if that's what your spelled out version is going to look like, you just need to axe it. Stand in rows like you're a high school band and just play music. But you absolutely cannot be an SEC football school and have that embarrassing of a picture out on the internet. Jay Cutler cannot be happy with his alma matter here.

On the flip side, another notable alumni of a high-major football school has to be VERY HAPPY with his alma matter's band after this weekend. That would be Ohio's Tate, graduate of Ohio State.

Both the football team and band are undefeated this year in Columbus. But honestly, this band is undefeated all-time. The consistently do the wildest things. I'm not willing to call them cool, but they're as cool as a band can be, if you get what I mean.

I love how the Buckeyes said they were completely focused on Penn State and weren't looking ahead to Michigan at all. And then the band comes out at halftime and forms scissors to cut a Michigan flag. 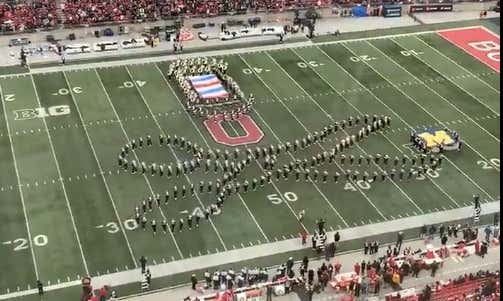 God my God is it great to be a Buckeye.