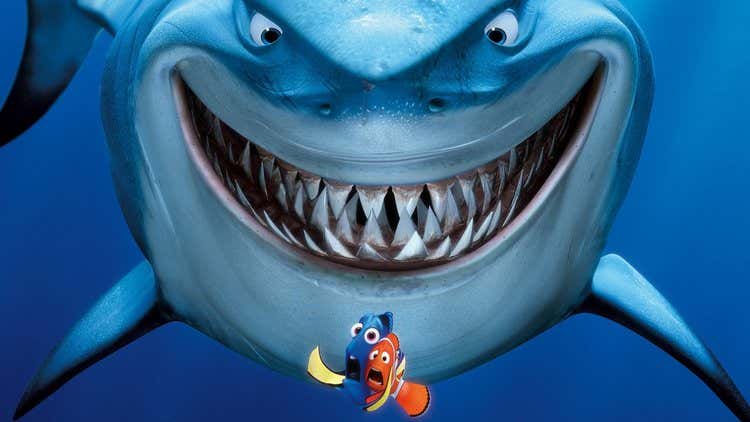 I dropped this take on radio yesterday, and it’s a take I’ve had for some time, but I don’t believe I’ve ever fully expounded on this extremely important point. So, here we go.

At their cores, TAKEN and FINDING NEMO are the same movie. A single father has to rescue their kidnapped child in a foreign land. If you were to blindly read their respective plots outside of that, you would never believe NEMO was the animated children’s classic and TAKEN was the PG-13 action thriller.

Let’s start with the fathers. Marlin is a single father not by choice like Bryan Mills. No, in fact the opening scene of the movie we see his wife and hundreds of his children murdered in cold blood after he is knocked out cold. He awakens to find that he is not alone, he is left with just one handicapped child. This leaves Marlin with wild PTSD that completely changes his outlook on life and deeply impacts his day to day. He becomes increasingly overprotective and terrified of the very world around him. Bryan Mills is a highly trained, highly skilled CIA operative who lost his wife to a divorce due to a heavy work schedule. He is afraid of nothing and has all the knowhow in the world to get out of any situation. He knows of the world’s terrors and still doesn’t prepare his only daughter well enough for elective international travel.

Speaking of the children, the daughter is completely abled. Doesn’t have a single thing wrong with her. She’s just a liar and a terrible judge of character. Nemo has a tiny fin caused by a birth defect from the massacre which wiped out his entire family. He is but a mere boy who was abducted from school. Sure, he wandered a little far on the outskirts of the playground, but he was just trying to make a good impression on his first day. Not only was he abducted, his father couldn’t have less of a clue where to even begin looking. Bryan Mills knew his daughter flew into Paris and the exact address she was taken from. All he needed was to hop on a jet and fly to France. Marlin was in the fucking OCEAN. His fish son was taken OUT OF THE OCEAN. He might as well have been abducted by aliens and brought to another planet entirely.

When Mills lands in Paris he already knows who to look for at the airport because foreign sex traffickers fish in the same ponds frequently. He also has help, albeit misguided help, from French police officers who he already knows because, again, he’s a CIA operative. Marlin happens to literally bump into Dory, a mentally challenged fish who can’t remember her own name but has somehow acquired the skill of reading English. From there, they must travel the literal globe via swimming to even stumble upon Australia. Marlin and Dory had to battle sharks, explosives, and poisonous jellyfish before being rescued by a friendly gang of roving sea turtles. Bryan Mills had to tussle with some Albanians. Are Albanians as dangerous as exploding sharks, well, I’ll let you be the judge of that one.

The eventual savings also give NEMO the edge. Marlin and Dory had to avoid being eaten alive by a flock of seagulls while Bryan Mills just shot a guy on a boat. Even after avoiding near death, Nemo found himself outside in the open sea after narrowly escaping his murderer’s clutches. Once in the ocean, a dejected Dory finds Nemo by his lonesome and they have to find his father who is instantly caught in an industrial fishing net. Amidst chaos, Nemo, Dory, and Marlin escape their final hurdle and eventually head home. Bryan Mills shoots a guy on a boat and flies home, returning his daughter and going about his life. Fewer obstacles to overcome, less impediments obstructing him from playing the role of hero, and plenty of training for him to pull off such a feat. Marlin? That dude was all heart. No training. Zero connects. An entire world between him and his son but nothing that would get in his way. Not sharks, not a whale, not humanity. Bryan Mills could learn a lot from Marlin the clownfish. I think we all could.