It’s finally FIGHT NIGHT here at Barstool, with Rough N Rowdy only hours away, and something I don’t think we’re talking about enough is the fact that this card is HEADGEAR FREE!!!

Across combat sports, the philosophy on the safety of fighters wearing headgear is debated heavily. Some argue that the padding around the head will make the odds of a knockout happening go down, while others say that the headgear adding weight onto your skull will only INCREASE those odds of going lights out. I tend to agree with the people on the latter side, just because that appears to be what science is now indicating, but there’s definitely still some gray arena still. Headgear was actually just taken out of the Olympics as well, very controversially, due to all of the continued debate.

Personally, I don’t know what the fuck the science behind headgear is or means or any of that, but I do know this: NO HEADGEAR = MORE KNOCKOUTS AT ROUGH N ROWDY.

If you’ve watched any of these shows before, you know that’s true. Whatever it means for MMA, whatever it means for boxing – throw it out the window. RNR is a completely different animal. I’ve said it before and I’ll say it again: I’ve seen fights on our shows where not one clean punch landed but everybody in the entire arena is on their feet losing their minds for the chaos in the ring, and they all know who won. It’s magic. Oh, and speaking of chaos…or should I say KHAOS…Khaos is back.

Both he and Travis Turman seemed upset at the conclusion of their last bout due to the lack of a finish, and their apparent gassing in the third round, but they both seem waaaay more determined this time around. I heard we were originally going to book Khaos/Turman II for the card after this, but they both requested it be run back right away. I love that. What phenomenal competitive spirit these fighters possess. It’s really an honor to call. 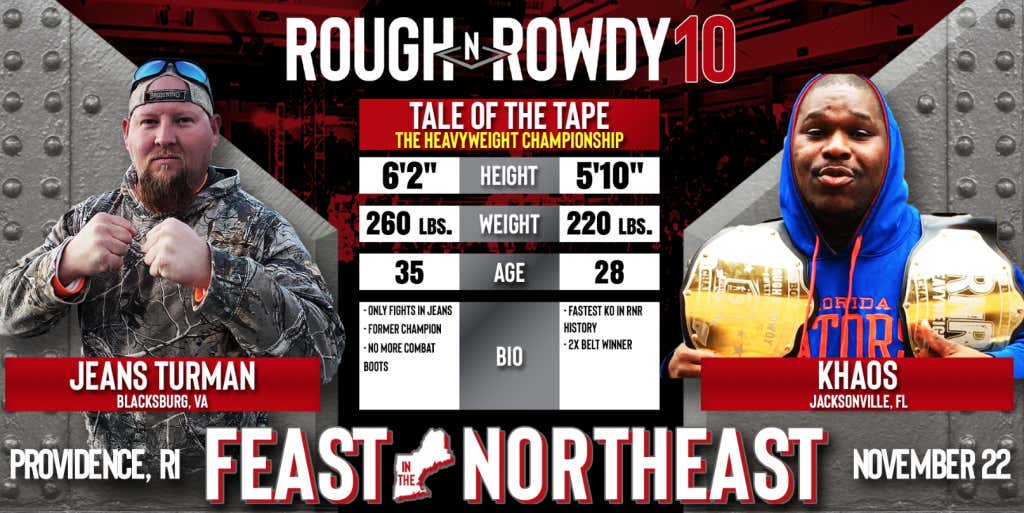 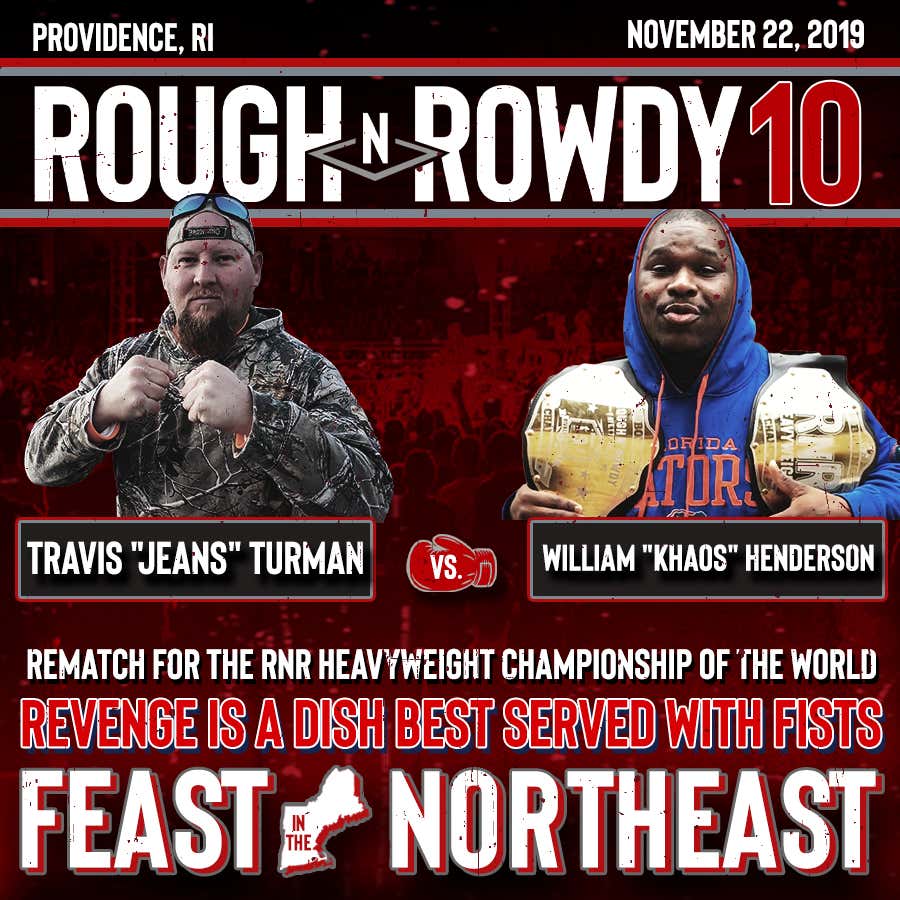 1. Can also get it for FREE/UNLIMITED REPLAY with Barstool Gold Hardcore Membership. As an added bonus you can get immediate access to all things Barstool Gold – including the Barstool Sports Documentary.
Join for less than $2/week >>

*Store Voucher / Online Promo Code Will Expire 12/31/2020.  Customer Must Spend $50 in the Store to Apply Promo Code. Offer Not Valid on Gift Cards. Offer will be delivered via order confirmation email. Please check your junk mail / spam filter for your email. 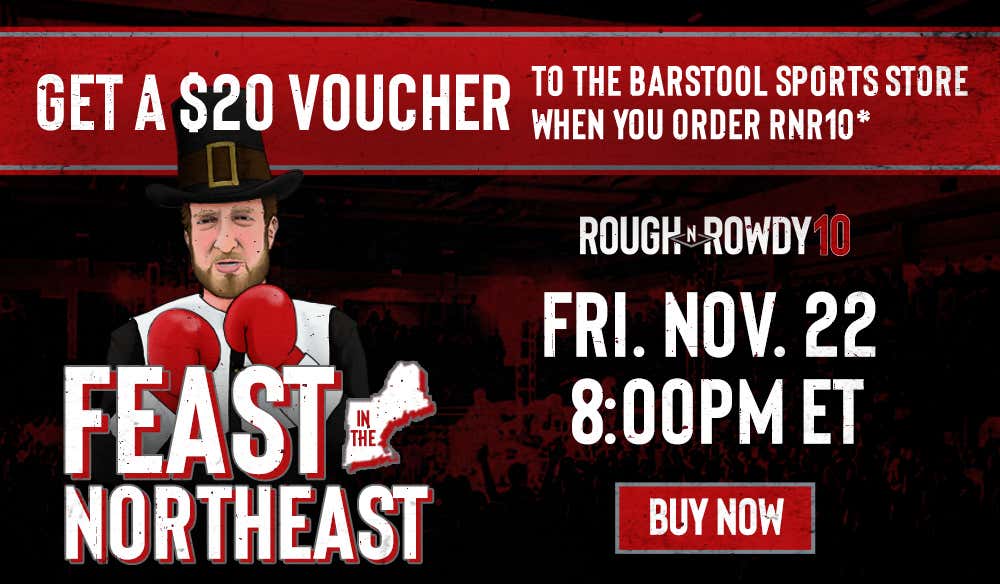