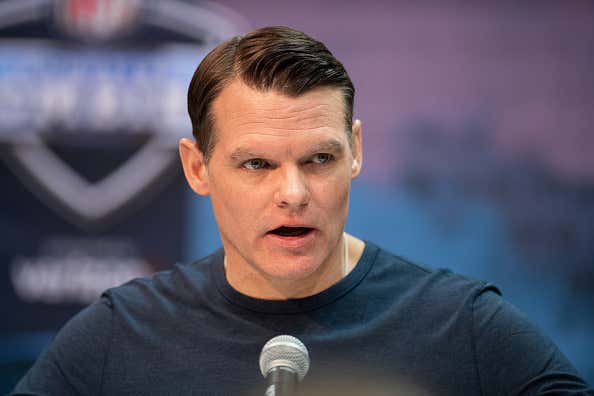 I know it's Friday so I'm sorry for being a downer, but Carl brought this tweet to my attention and it's been bugging me ever since.

Do you know how good it is to have that many players still circulating around the league?

Comparatively Ryan Pace isn't that far off percentage-wise, but he's drafted way less people in the last 3 years than the Colts. He's currently sitting at 16 of 17 still somewhat cycling through the league with the 5th rounder from Kutztown University Jordan Morgan being the lone guy in the CFL.

The second rounder was also a big problem:

And as you see as Joe pointed out we didn't get to the other two drafts that included Kevin White, Hroniss Grasu, Jonathan Bullard, etc.

I mean that Colts team was so fucked before Ballard took over too. Defense was awful. Couldn't protect Luck for shit. Ryan Grigson traded a 1st rounder for Trent Richardson. It was bad. But, after watching them last night it's pretty clear that the future is bright and it hurt to see because in hindsight he probably should've been our guy. 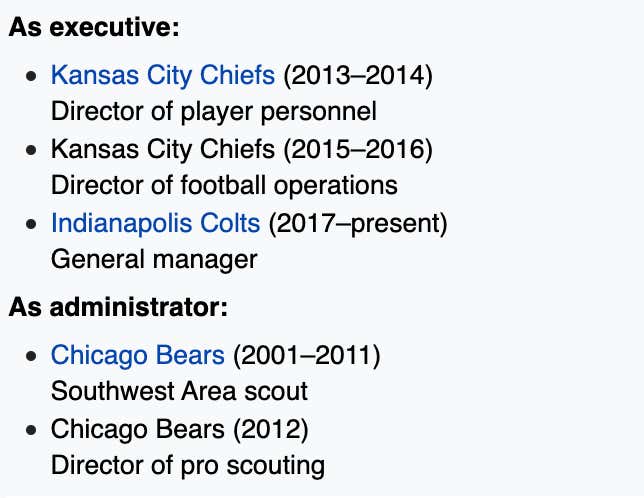 Somehow having to actually see the 12 years on Wikipedia made it hurt even more.