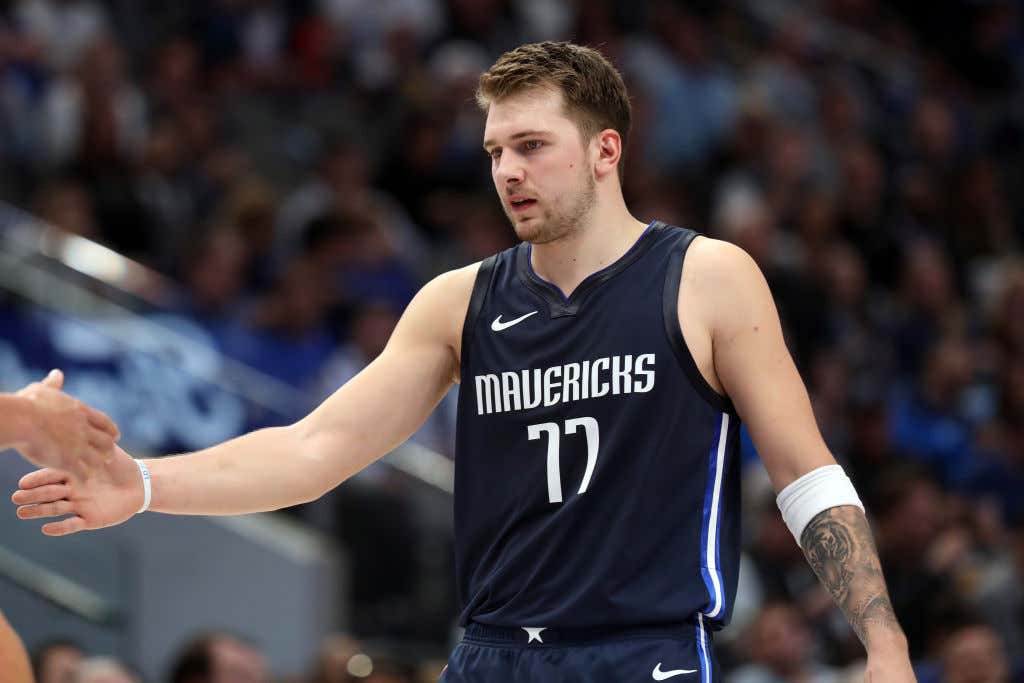 It feels like everyday I'm on this fine website talking about how Luka Doncic does something absolutely ridiculous. Maybe that's because every time he touches the floor he continues to do shit the league has never seen before. Take that headline for example. You may think that's a bit hyperbolic and there's no way that Luka is the best 20 year old the NBA has ever seen. But here's the thing. It's not

In all of the NBA's history, guess how many 20 year olds have ever averaged 29.9/10.6/9.4? Think of how long the league has been around and what players we've seen. Maybe you thought LeBron did it? Nope. The answer is Luka. That's it. The NBA has never seen a 20 year old do what Luka is doing in their entire history. It was crazy enough that his 35/10/11 came right after his 42/11/12 on Monday, and I'm having a hard time trying to find a reason why Luka shouldn't be in the Top 3 right now when talking about early MVP candidates. Of course Giannis/Harden are there, and you could absolutely make the case for LeBron given how he's looked, but again think of what Luka is doing right now at age 20. It's insane and pretty terrifying because this is really only the beginning. What is anyone to do when he figures out his three point shooting? He makes them already in big moments, but is shooting just 33.6%. What do things look like if he gets that to let's say….37%? Luka's already getting to the line like a 10 year vet with 9.3 FTA a night, so the idea of what he might look like by the time he's only 23 is terrifying.

Russell Westbrook said the other day that we sort of normalize James Harden's offensive greatness and I think that's true to some extent. I also think we have the potential to do that with Luka too, because this is his normal. It's not like he shows these unreal flashes and performances here and there, it's every goddamn night, no matter who the opponent is. I don't care if you thought Luka was going to be good when he got drafted, nobody could have seen THIS coming. To be a legit MVP candidate this early and the best 20 year old the league has ever seen? Unreal.