There was some major, ETSY-level, DIY crafting in Chippewa Falls, Wisconsin over the weekend when a Minnesota beer box became the front & back license plates for a very drunk man.

Exhibit A: Front of plates 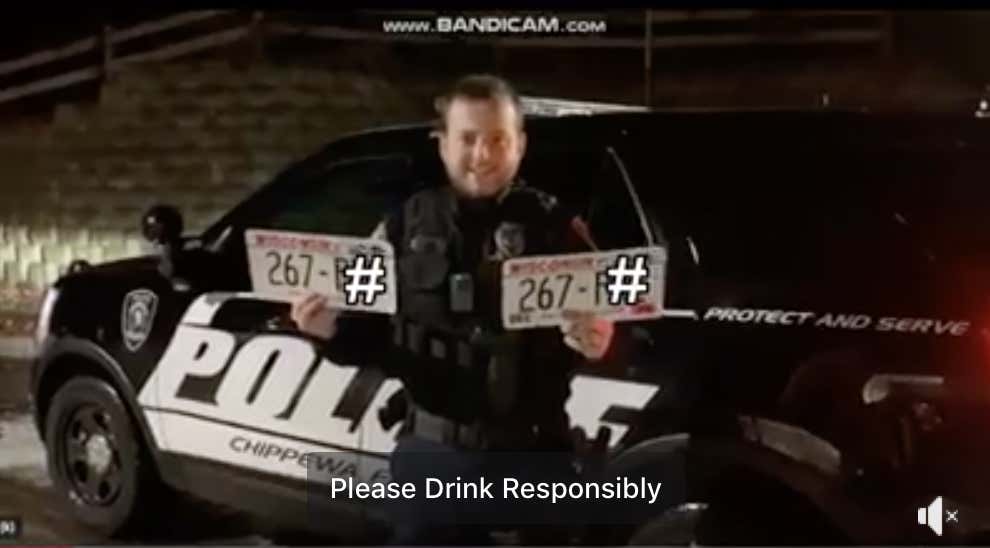 Exhibit B: Back of plates 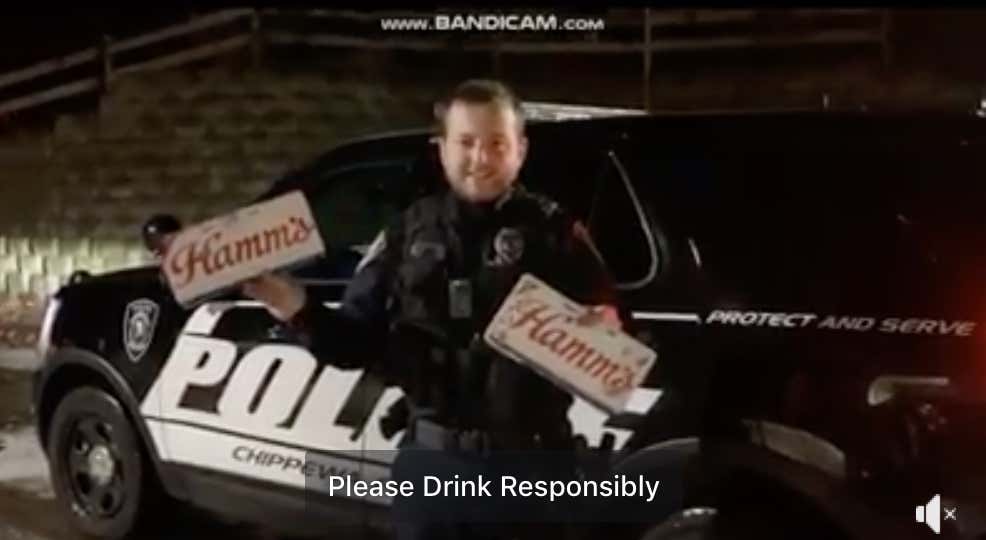 According to the Hamm’s site, it’s been brewed since 1865 in Minnesota, ‘the Land Of Sky Blue Waters’. (The Chippewa Falls PD reference that in their FB post, along with alluding to their own Lake Wissota.) What Hamm’s leaves off their site is that the sturdiness of their boxes makes them useful for a wide array of uses. (Boyyy, do I know how that goes, ha ha!)

Anyways, I’ve traveled all over & had a lot of beers in my day, but this whole region & that particular beer is still an unknown to me. So naturally, I went down a social media rabbit hole to get the vibe…

Was it you, Kurt? Did you squeal on the drunk guy before Officer Shoenwetter caught him red-Hammsded?

Probably not, but wow it seems to be a popular birthday drink… (also, is this not the sweetest, most Minnesota post you’ve ever seen??):

And yeah, a lot of people – especially midwest grandparents – seem to have a special place in their hearts for that Hamm’s song.

In fact, from all my scrolling I get the feeling that if you’re Minnesota/Wisconsin born & raised and your grandparents didn’t teach you the Hamm’s beer song, something was amiss. Maybe to the point where someday you wind up with 4 OWI’s & fake license plates…

I also get the vibe that a whole lot of Hamm’s are slammed whilst ice fishing and/or paired with some piping hot kielbasa & pierogies.

Hopefully some day soon I get out that ways & try all that for myself. (But when I do, I’ll be sure to have a designated driver, promise.)