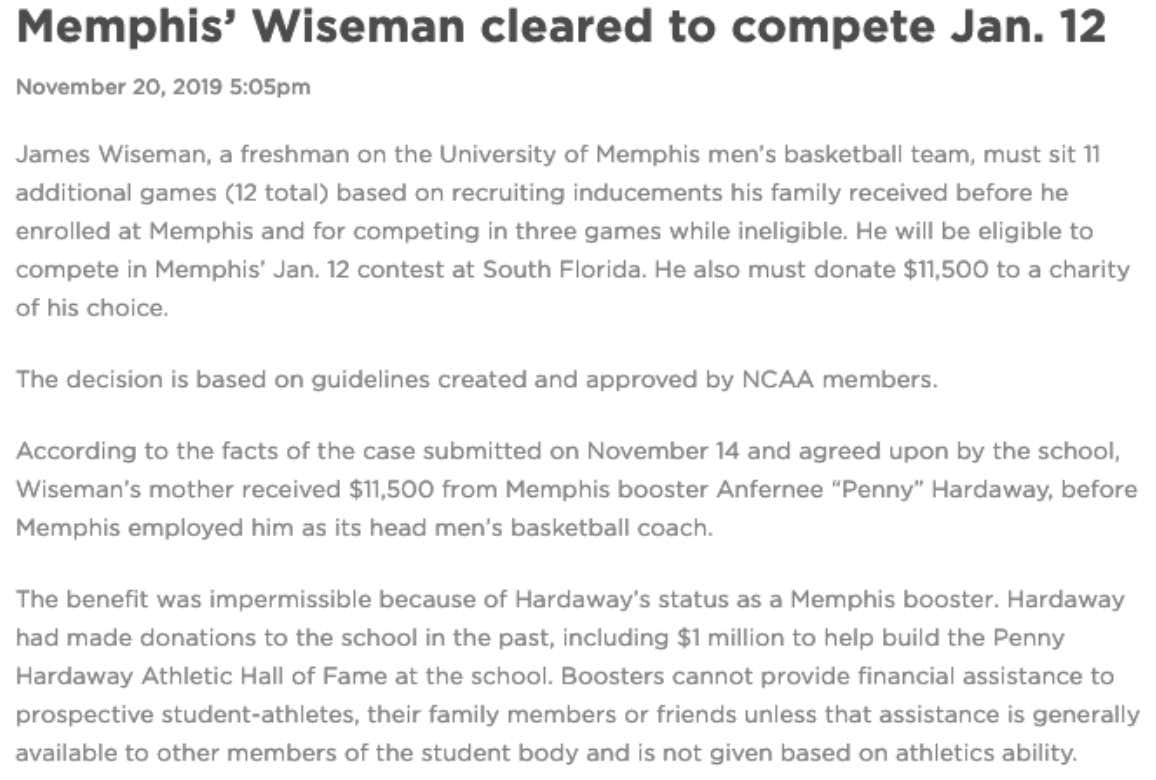 Just a quick question before I get into the Memphis/Wismean thing here. If we're going with the NCAA ruling here of having to pay back $11,500 to a charity of his choice, where's he getting this money? I mean this isn't new. The NCAA always has some sort of payback ruling when dealing with this sort of situation, but I just want to remind people. College basketball players are not making money according to the NCAA. So, uh, how does one get $11,500 laying around within NCAA rules? I mean, shit, who in college had $11,500 regardless? Think about how ridiculous this statement is about making him pay what is an $11,500 fine without everyone knowing it'll be some booster that gives him the money. This is why we make fun of you, NCAA. This is why we need to stop this dance of pretending like we care about college kids getting money. The NCAA is out here forcing an amateur (their definition) athlete over $11,000 just because his family received that money he didn't know about in order to help facilitate a move. Fucking outrageous.

As for the 12 games? It's standard. The NCAA ruled him suspended for 9 which is the normal amount in this situation then added another 3 because of the games he played to start the year. It's stupid, but at least they are consistent in that 9 game ruling. It also at least gives us a chance to see Wiseman again this year, even though they aren't letting us see him in some marquee nonconference games.

I just can't get over the fine portion. Just let people make money already, it's not that damn difficult. I've said my theory on this in so many blogs no need to rehash it. As always, fuck the NCAA.