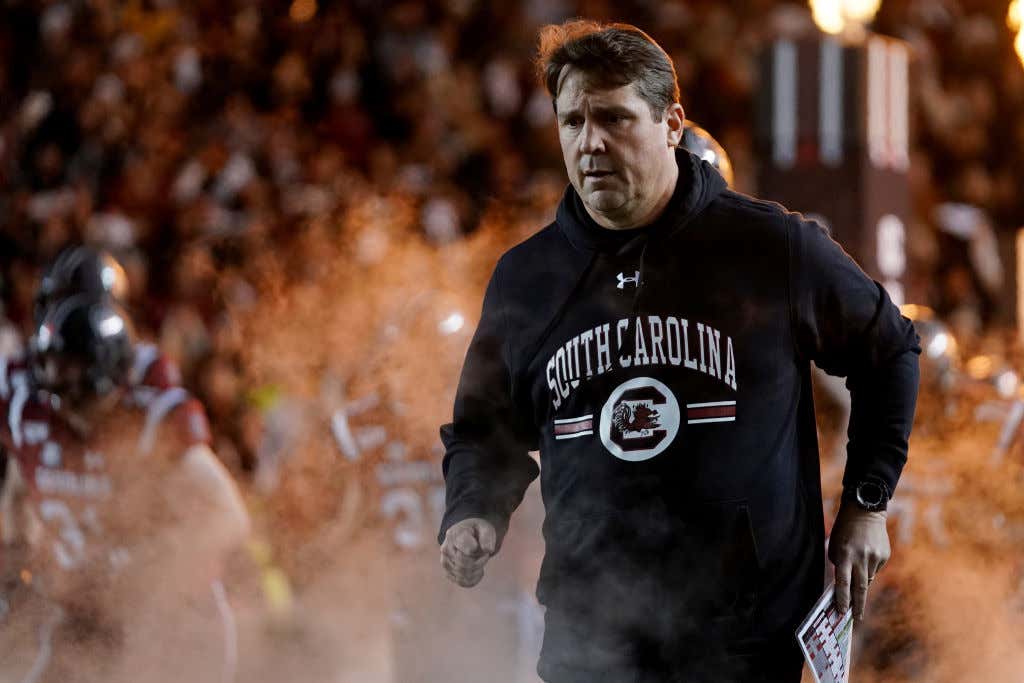 SOURCE-It’s been a frustrating football season at South Carolina. Nobody’s happy with the results on the field, and there have been plenty of discussions about the future of head coach Will Muschamp.

Some scream for him to be fired. Some defend him.

And one person no longer works for him after allegedly fighting with another man who was dressed as Muschamp for  Halloween.

I hate that they fired this guy. As a college football coach, you want the guys who work for you to be ride or die for you. This is the definition of a ride-or-die guy:

Aubrey C. Walker, a USC student manager on Muschamp’s staff, was let go from his position after being arrested on Halloween night. Columbia police records show he was charged with public disorderly conduct and taken to jail after physically fighting with another man in Columbia’s Five Points district.

Aubrey C. Walker, you deserve to get your job back. You are what every SEC coach needs on his staff. Some asshole kid walking around with a Halloween costume that disrespects your head coach? Fight his ass.

The costumed man’s name was not listed on the police report. But with the incident happening at a crosswalk in the middle of Harden Street on Halloween night, several people witnessed it.

Walker “appeared to be intoxicated” at the time, the police report says, and continued to be “loud and boisterous” when an officer attempted to stop the fight. He was taken to jail and released the next day on a $257.50 personal recognizance bond.

Is that extra 50 cents really necessary?

“I heard one of the cops say, ‘He said he works for USC football,’” one person who witnessed the incident said. “I thought, ‘Oh, that makes sense.’ He never said a word the entire time but he didn’t like that check.”

He never said a word the entire time? Just straight up attacked the guy? Muschamp shouldn't have fired him, he should've gave him a damn promotion! He's a ride or die guy and he's a psychopath? That's the definition of a football guy you want in the building. Day one stuff.