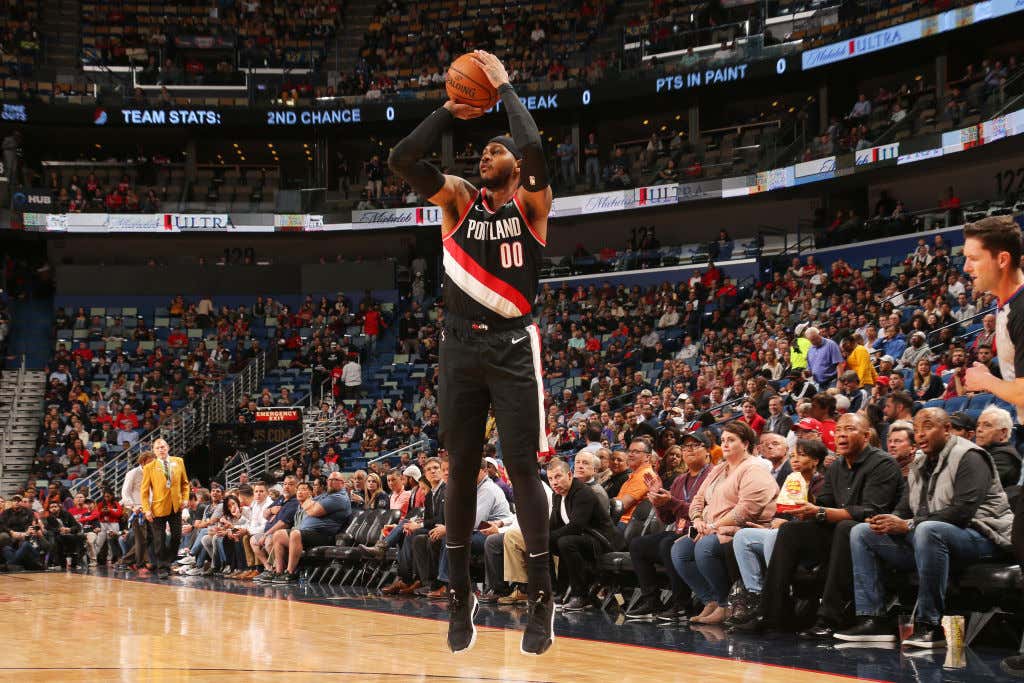 It had been over 370 days since Melo was last seen on an NBA floor and it was fair to wonder if that was it for the first ballot hall of famer. A full season went by, then a full summer and still nothing. All we had was Melo looking unbelievable in Chris Brickley's gym. But then there came the Blazers, off to a brutal start with essentially zero wing production. They needed to do something to try and spice things up and suddenly Melo was back in our NBA lives.

Here's the thing. People are going to kill Melo for this debut. A measly 10 points on 4-14 shooting with 5 TOs and 5 fouls with a team worst -20. You'll see stats like this

and people will immediately say this is proof that he's washed and should have never been signed in the first place. The shot selection wasn't always great, the defense was about what you expected, and it's clear he's not quite in game shape just yet. Probably pretty hard to go from an empty gym to a real live NBA game and all you had was a shootaround. But hey, maybe this really just is who Melo is at this stage because honestly it was pretty much the same version we just saw in HOU. He did make two of his three attempts from deep, so maybe the Blazers are fine with this version of Melo. Remember, their wing production has been so bad that what Melo gave them tonight was an upgrade if you can believe it (Nassir Little too, nice bounce back 12/11 for him too).

I say, give this until his contract deadline date of January 7th. Let's see how he looks after like….a month. It certainly makes matters worse they just lost to the goddamn Pelicans and have now dropped 8 of their last 10, so for the moment this wasn't exactly the best situation for Melo, but shit it can only go up from here.