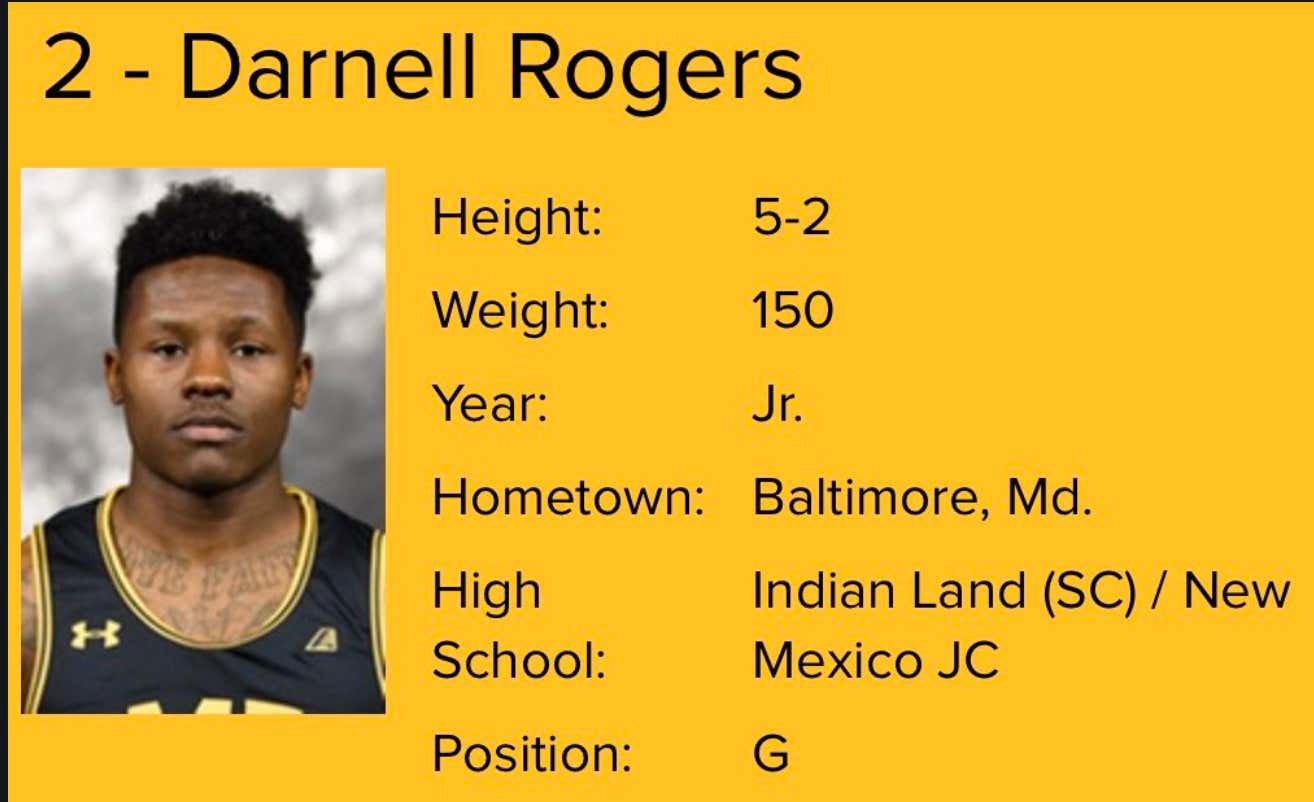 I'll be honest. This feels about a week too early. One of the best things about Thanksgiving week is day time hoops, people not really doing work and paying attention to said day time games. Because of those reasons we get random guys popping up as they play a random tournament at 11am. However tonight the world was introduced to Darnell Rogers tonight in UMBC's game against LSU with this play:

Alright, maybe not the best look here. But my man will get buckets. He's UMBC's leading scorer on the year:

But here's the thing. The dude is barely 5'2"! It's a generous listing. There are stories of him barely being 5-foot and he's out here busting ass. I mean it's not THAT surprising when you find out he's the son of 1999 A-10 Player of the Year Shawnta Rogers (listed at 5'5") from George Washington. Oh, let's also remember he was Harry Giles' AAU point guard! Here are some gems from a CBS article from 4 years ago on him:

Paul took new teammate Paul Pierce aside and brought up clips of Rogers on his phone. (They did this as they killed time, awaiting midnight, when Jordan could sign his new deal to return the Clippers. Kind of amazing, right?)

Rogers also constantly plays with aggression, trash-talk gusto and in-your-face defense. It's a sight to see, and I've been sitting with myriad coaches this week who've gotten a chance to watch him and be surprised.

"Going into the games people underestimate me, but after the game they've gotta respect me because what I do on the court," Rogers said. "I keep proving people wrong everyday. ... I really can score, I can pass, I strap up."

I fucking love this guy.