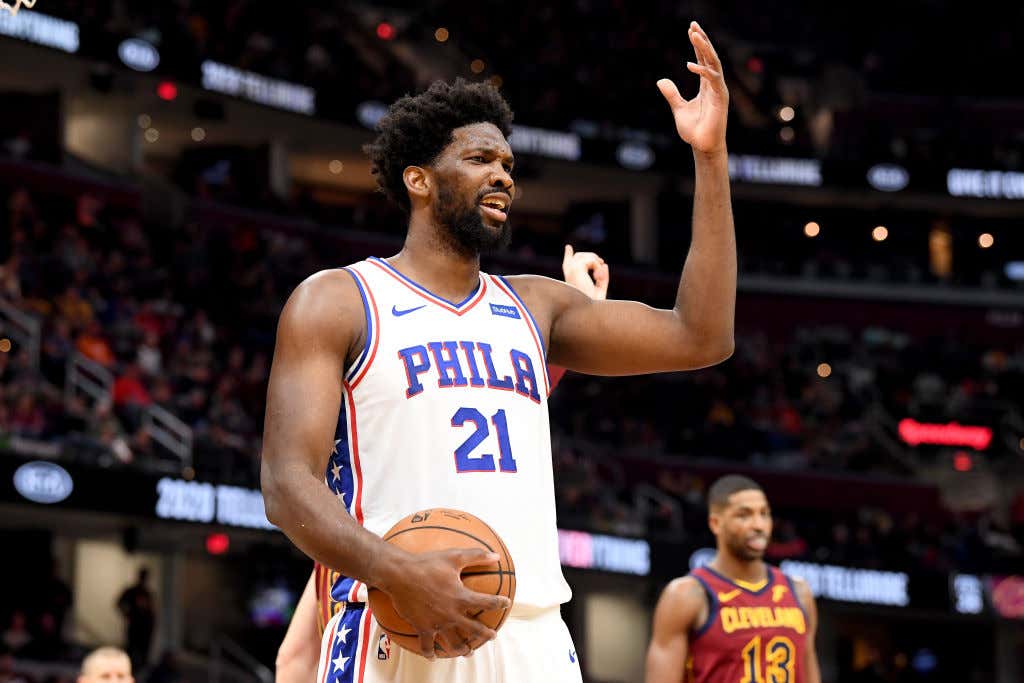 Alright now that we're about a month in and every team has played around 11-13 games, it's still early enough where teams/players that have gotten off to slow starts can absolutely turn things around, but we're starting to get a better idea of what we're watching. To date the 2019-20 season has been kind to some and brutal for others, which is why this is the perfect time to look at who has been a pleasant surprise with this larger sample, and who to this point has been a disappointment. Again this doesn't mean things can't change, but 5 weeks into the season this is where we are

- Has there been a bigger surprise to start the year than the Timberwolves and the Suns? You may have been waiting for them to drop off, but both are currently above .500, both are still in the top 8 seeds, and the Suns actually have a top 10 offense! They are a good week of defense away from having a top 10 offense and defense, something that only 4 other teams in the NBA can say. What if I told you the Suns have a better point differential than the Nuggets/Jazz/Mavericks? If we expand that to include teams from the East you have to mention the Sixers and Pacers as well. That's insane.

- Not only are the Celtics/Lakers a combined 22-4, but they are 1st (Lakers) and 6th (Celtics) in defense. I'm sorry but nobody saw that coming. The Celtics lost two legit post defenders in Baynes/Horford and the Lakers never played good defense and LeBron was supposed to be old. Now they are among the best in the league on that end and have been the two best teams all season so far.

How about this for a surprise. For having no interior defense, the Celtics are giving up the 5th fewest opponents points in the paint. What?

Speaking of surprising leaps, is Andrew Wiggins good now? He's less than 1 point away from being top 10 in scoring.

- Devonte Graham is 2nd in the league in 3PM at 49. Go ahead, find someone who saw that coming.

While we're on the Hornets, I'd say it's a surprise that they not only have 6 wins, but that those wins would be more than the Nets and Pistons, two teams that made the playoffs last year.

- LeBron leads the NBA in total assists (145) and assists per game (11.2). Guess how many seasons that's happened before in his career? How about zero. I'd say that qualifies as a surprise.

- The Washington Wizards have a top 3 offense. It's true, a rating of 112.4, they are only 0.3 points behind having the best offense in basketball. There is not a person on the planet who could have predicted that.

Safe to say his outside shooting is now legit and a real weapon. What a surprise that is.

- So the Heat are just flat out good huh. A respectable 9-3, the third best point differential in the East to go along with the 5th best net rating in the NBA, I'd say what we are seeing from them is for real. I think we all expected them to be better with Butler and this rookie class, but this good? They are very much a legit top 3 team given how they've looked so far.

- TOR isn't going away. Even without Lowry/Gasol this team just finds ways to win. A lot of that has to do with the breakout year Siakam is having on top of the breakout year he had last year, but I felt like many people thought they would fall off this year after their title and Kawhi leaving, but they've shown this is not a team to sleep on.

- Listen, if you want to spend all offseason puffing your chest out about how you are the most talented roster in the East and maybe the NBA, and have players talking about how this team is going to "walk to the Finals", you can't have the start the Sixers are having. The 8-5 record, the fact they are 2-3 against teams over .500, the fact that they own the 18th ranked offense and are barely holding onto a top 10 defense (tied for 10th), there is no other way to describe their first month other than a disappointment. This doesn't mean they can't and won't turn it around, but given the fact that Tobias Harris does NOT look like the max player he is paid to be, Al Horford has not really made the impact on both ends they probably hoped for, and Ben Simmons is having career worsts in points per game, rebounds per game, assists per game, all while averaging the most TOs he ever has before and still refusing to even attempt any resemblance of a jumper, it's not great.

Thankfully Embiid has been a monster for them, but he can't do it by himself. The Sixers are learning what the Celts learned last year, things are different when you have REAL expectations and you are talked about as being the best team in the conference....on paper. Even if you think this slow start is the exception and not the rule, what we've seen from the Sixers so far has to be considered a disappointment given their hype/summer spending.

- They aren't alone though. How else could you describe what is going on in BKN any other way than a disappointment? Kyrie came in and wowed everyone early with his high scoring and fancy dribbling, yet they never won. They are 3 games under .500, have the 22nd ranked defense and the 15th ranked offense, and suddenly this is a team that isn't sharing the ball. Let's not pretend like this is a roster full of scrubs, EVERYONE loved their young talent when they made their playoff push last year. There is no excuse for what we're seeing through the first month (although losing LeVert is a factor), and the early returns on their big summer so far haven't been all that great.

- In the West, has there been a bigger disappointment than the Blazers? This was a team that fucked around with a top 3 seed last year, essentially brought everyone back and now they are honestly so desperate they had to sign Melo. They can't win at home, can't win on the road, and they are wasting what has been an insane year from Dame.

- It'd be cool if Jayson Tatum didn't stink at shooting. The scoring averages and shit are great and all, but 40/37% splits and just 35% on layups is downright pathetic. Can't say that hasn't been a disappointment so far.

- The early hype of the young squads like ATL and SAC haven't exactly translated through the first month. The Kings are starting to turn it around, but ATL? They have the worst point differential in the East at -9.4 which would be the 2nd worst in the entire league, only outdone by GS who I'm not sure is even an NBA team.

- All the injuries. It sucks, it's part of the game, but there is no denying the first month of the season has been impacted by injuries to key players. For a year that we all were so excited for, that's been disappointing if only because the league is so wide open I just want everyone to be healthy.

- Is it too early for UTA fans to be worried about Mike Conley? The Jazz's record isn't bad which is probably his saving grace because I'm pretty sure this is not the Mike Conley they thought they traded for. His scoring is the lowest it's been since 2012, he's shooting just 36/32% while also averaging only 4 assists and a career high in TOs. Maybe it's just a slow start, maybe it's a system fit, but that transition has certainly not been as smooth as I imagine many Jazz fans hoped for.

- So...Cam Reddish. He's 19th in scoring among rookies, shooting 27/18% in 24 minutes a night. Not exactly what you expect and hope for coming from a lottery talent. He also has the 2nd worst +/- among all rookies and honestly should be last but Zylan Cheatham has played 2 games (9 minutes a night) and is slightly worse.

- At some point the Spurs have to unload one of DeRozan or Aldridge right? It's clearly not working, they seem to always be a negative when they share the floor together, and the Spurs are sinking. My guess is DeRozan is the guy since he's up this summer, but these have not been the same old Spurs that we're used to and it starts with their best players.

Time will tell if any of these things that we've seen through the first 5 weeks are real, or just early season trends. For example I imagine the Sixers will figure things out and I'm not sure how sustainable MIN's position is given they play exactly zero defense. But what this does is show us that we can make all the predictions we want on paper before the season starts, but few things have gone according to plan. Some of the favorites have glaring issues, some guys right now are playing at an insane level nobody saw coming, and all in all its made for a pretty entertaining 5 weeks.