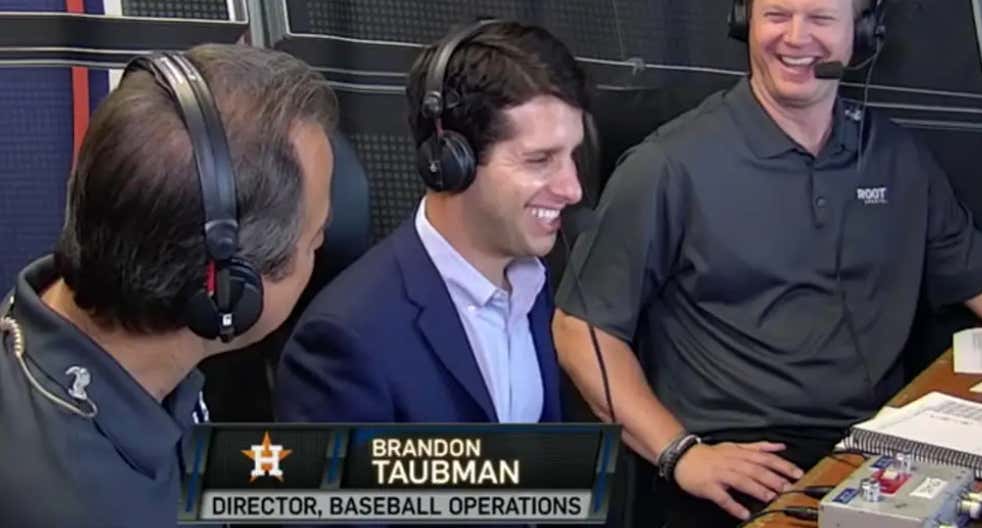 Another day has sprung upon us and you guessed it, more and more information has come out about the Astros cheating scandal. It's like the 25 days of Christmas, but way more fun. As Carrabis detailed in his blog earlier, we're now talking about vibrating transponders that would signal what pitch was coming with a little buzz to the hitter. VIBRATING TRANSPONDERS. That's come CIA bullshit. As crazy as that sounds we're forced to believe it with everything else we know to this point. The Astros have certainly lost the benefit of the doubt.

Also in Jared's blog was the mysterious reddit post written weeks ago that basically predicted all of this. I really don't think we've got fortune tellers out there, so my guess is this wasn't a dream. This reddit post also came on the same day as Astros Assistant GM Brandon Taubman's firing for his domestic violence outburst following Game 6 of the ALCS. Hmmmm....

Now to the point of my blog, because I didn't come here to just repost what Jared did earlier.

Brandon Taubman is the key to this whole investigation really getting nuts. Right now we have a bunch of potential evidence through videos and reports from former players. What we don't have is anything from anyone with the team in 2019 who has experienced this shit for years and knows it all. Major League Baseball will be interviewing Brandon Taubman, the Astros recently fired assistant GM, and with that interview we could have bombshell news. He has the ability to absolutely bury the Houston Astros by telling MLB everything. The question is, will he?

If Taubman was behind that reddit post in any way, that would lead you to believe he's ready to destroy everyone. I'd imagine he's not too happy with how things unfolded with his locker room debacle following the Astros Game 6 win over the Yankees. He likely believes he didn't deserve to be fired, even though he did. The guy has to have grudges. Here's his chance to try and "get even."

If you were him would you? Would you snitch on an entire organization and blow this thing sky high? I don't imagine he's getting another job in baseball after all of this right? Maybe he can work out some sort of deal with Major League Baseball to disclose all of the info. Who knows? Bottom line is Brandon Taubman has the potential to break this thing wide open, and everyone in that organization should be terrified of his upcoming interview with MLB.

Now if you're the Astros you can do one of two things: 1) Secretly give him ten million dollars to keep his mouth shut 2) murder him. If you give him the money and that comes out then you're labeled as the worst organization in sports history. If you hire a hit man, and do it right, you'll never hear from him again and the secrets remain secrets. There is the whole murdering part here that's bad. I guess they could just let it go and let him spill the beans! I prefer that option!

Major League Baseball has to continue to keep pressing. They have to make an example of the Astros so that no team has any thought of doing this again in the future. Better to give a punishment that is way too harsh than one that people will think is light.

We're not even close to being done with this investigation. Every day new shit comes out and it's incredible. I'm a man of simple taste. I just want to sit back and watch the Astros burn to the ground.