I can't think of something I want to do less than ref a soccer match outside of the US. Feel like this is a common occurrence in soccer matches. Throw in the fact this is taking place in Peru, a place where they fucking love soccer and you get this. Riot police having to break up not just fans rushing the pitch but you have players and coaches in just a full on riot. Look at this hit (:17 second mark on the video) 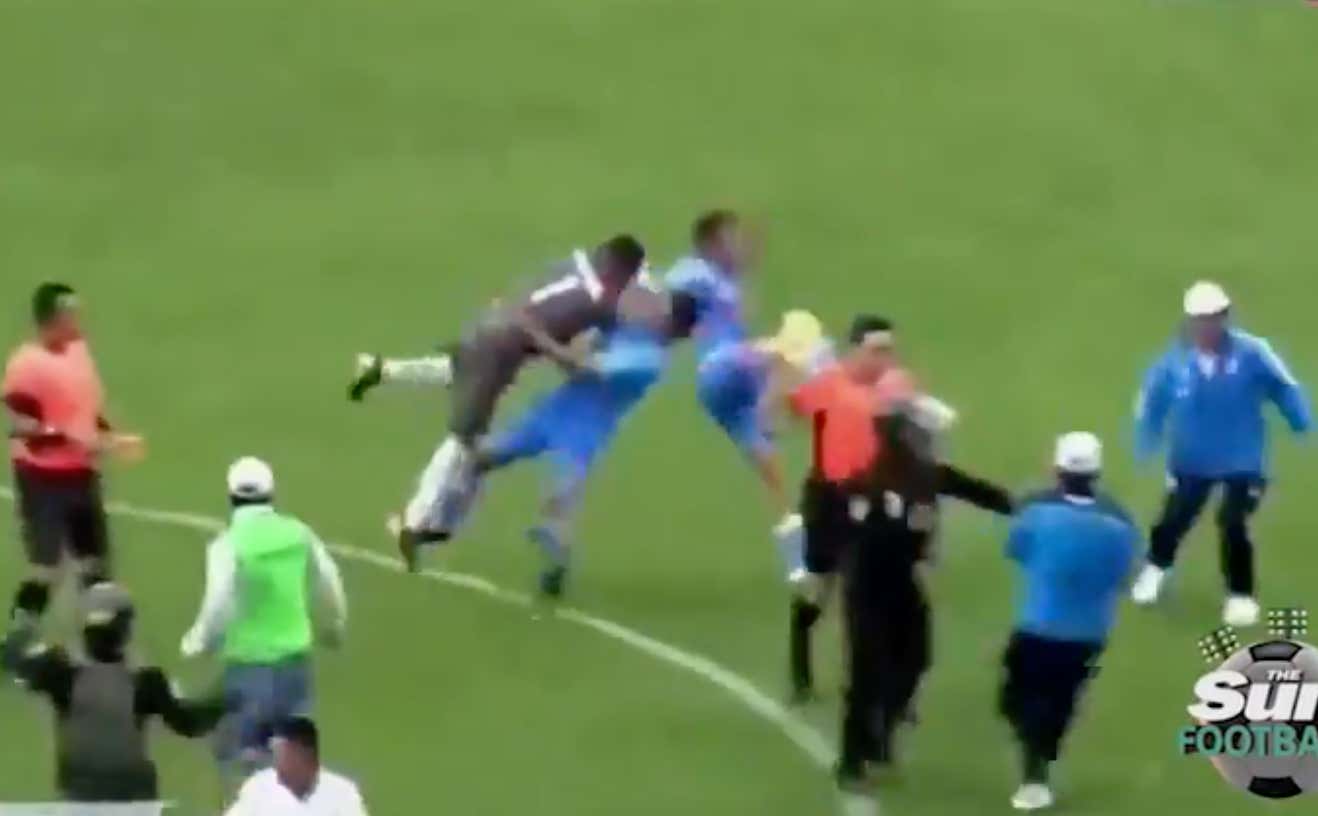 That's a 15 yard penalty, targeting and a suspension in college football and the NFL. Dude just lays someone out. So here's the background of this whole thing:

The disgusting scenes were sparked after the ref red-carded a player for a crunching tackle before immediately blowing the final whistle.

One of the assistant referees then has a ball thrown at his head by a pitch invader. One of the goalkeepers is then filmed sprinting towards the ruck as home fans - whose side lost - ran towards the centre circle and tried to attack the officials.

But he ended up on the receiving end of a karate kick which sent him crashing to the floor in the shocking finale to the match.After the clash, Llacuabamba players ended up having to leave the stadium in the back of a lorry normally used to transport horses.

Uhh, excuse me? They had to be leave the stadium in the back of something used to transport horses? What in the hell. I say it in every blog, but this tends to be for the European soccer world. There's nothing more 'THIS LEAGUE' than international soccer now. This isn't just a Europe thing, this is a South American thing too.

I don't know how there weren't any serious injuries, which might be the craziest thing of this whole story. But, yeah, either way never sign me up for reffing a soccer match. I don't need riot police or karate kicks.