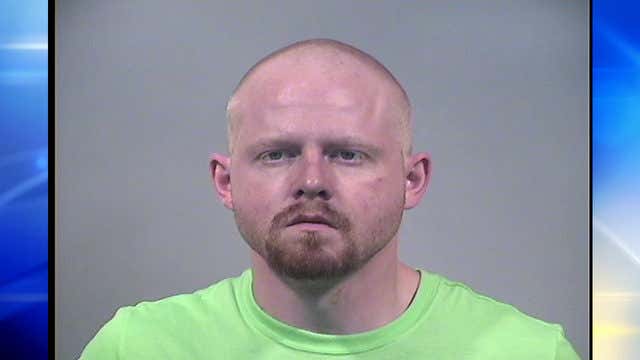 Source - A West Virginia man is accused of attacking his brother and other family members at a home in Ohio after they said they were not going to support him entering "America's Got Talent," according to WFMJ-TV.

Gregory Rarey, 25, became irate and left the home in Warren, Ohio, near Youngstown, before he came back and started screaming. Police said Rarey then punched his brother in the face...Police said Rarey told officers he would kill his brother if he filed charges because that would automatically eliminate his chances of trying out for "America's Got Talent."

You guys ever realize how eerily similar pretty much every success story is? Just think about every award acceptance speech you've ever heard. Everybody always thanks god and they thank their family for always being there to support them. Every successful person has some haters that motivate them, but they're typically that 3rd grade teacher who said that they'd never amass to anything in their life. Ms Thompson is always that bitch who said "you'll never grow up to be anything" to some little 9-year-old and then that 9-year-old grows up to be a famous musician or some shit. How there are so many elementary school teachers out there who are constantly shit talking small children is beyond me, but that's not the point here.

The point is that successful people always have haters for 3rd grade teachers, but god and their family are always there to support them. But for Gregory Rarey over here who looks like the most miserable 25-year-old on the planet? Holy christ, man, this dude looks like he's no less than a twice-divorced 37. Well Gregory Rarey doesn't have that unconditional love and support from his family. They might as well go get certified to teach multiplication tables because they're no better than a 3rd grade teacher. Hatin' asses.

All Gregory wants to do is go on America's Got Talent, win the whole damn thing, become incredibly rich and incredibly successful, and be remembered as one of the most influential performers in world history. He's just a small town boy with some big time dreams. I mean is that really too much to ask for? Is that dream too big for even his own family to support? It's just that you never expect your own family to be your biggest haters. And when that happens, well you become irate and then things get a little out of hand from there. All I hope is that his brother holds off on those charges. It's one thing to not support your brother's dream of going on America's Got Talent, but to then ruin his chances completely of even just trying out? HATER ALERT.

Sidenote: Great idea here that I think could potentially be a huge hit. Let's get a crossover series going with Cops and America's Got Talent. Basically what will happen is that people like Gregory Rarey will get arrested on Cops, but then before they get into the back of the cop car they have an opportunity to audition for America's Got Talent. If they nail the audition, they get to move on with AGT. But if they fail, well then they stay on Cops. Just think about how many Gregory Rarey's we have missed out on because they never got their chance.