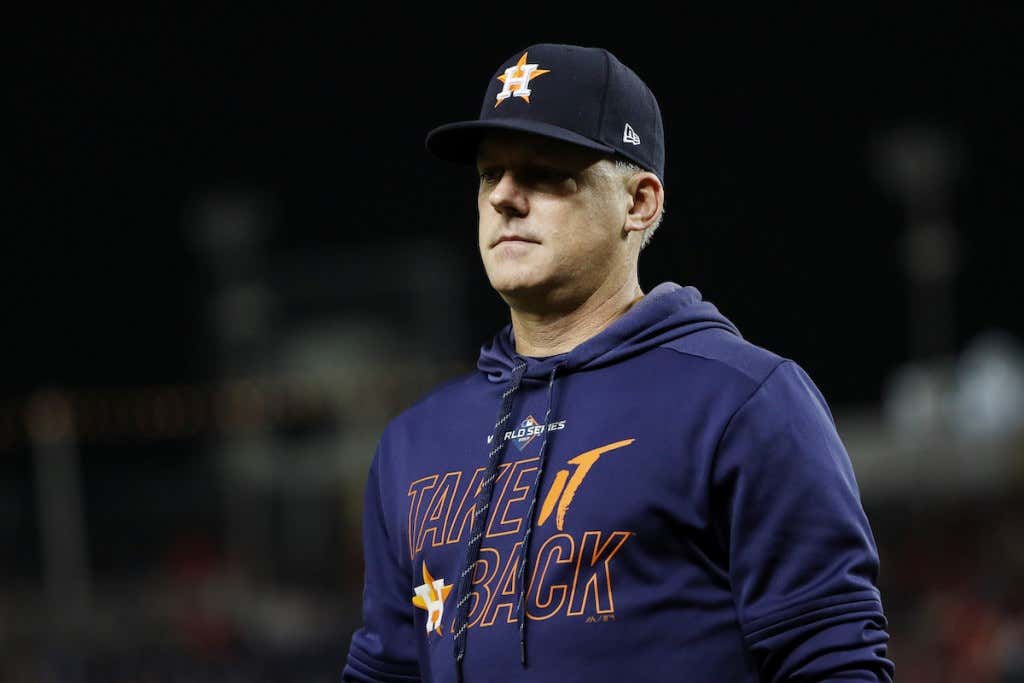 By now, everyone is well aware of the Astros scandal that details their illegal use of cameras in centerfield to steal signs, relaying them to the home dugout to then be passed along to the hitter at the plate via trash can bangs or whistling, but now we’ve got vibrating transponders. I mean, what the fuck? This report comes via Joel Sherman.

In recent days I have had scouts and executives talk to me about a variety of methods they think have been or could be employed, such as a realistic-looking electronic bandage placed on a player’s body that buzzes in real time to signal what is coming — one buzz for a fastball, for example — if the surveillance determines what type of pitching is coming. One person I spoke to has ties to the Astros and said he already had spoken to MLB’s investigators.

The Sherman report with details of these electronic buzzers was published on November 18. A new wrinkle to the lengths in which the Astros went to steal signs in order to relay them to their hitters. But Reddit user Meme-Engineer seemed to have known about this method long before the report. These posts would’ve last been edited on October 24, 2019, the day in between Games 2 and 3 of the 2019 World Series.

What’s significant about the date October 24, 2019? Well, it was the day that the Astros fired assistant general manager, Brandon Taubman. Now, that’s not to say that Taubman is the man behind the Reddit account, but nothing would surprise us at this point. If it’s not Taubman himself, perhaps it could be someone in his circle who was privy to this information and upset by his firing. The theories are aplenty, but regardless of who submitted the posts, we do know that this information was floating around out there prior to guys like Ken Rosenthal and Joel Sherman making it public knowledge.

By the way, nobody is enjoying watching the Astros crash and burn more than Trevor Bauer. This man has been tooting the Astros are cheating horn for years and now it’s finally coming to light. Vindication is a sweet, sweet feeling. By the sounds of it, there should be even more information coming down the pipeline, which means that the harsh penalties that Houston has already racked up are only going to become more devastating to the organization the more that we learn.