Yesterday marked one year to the day since Smith snapped his fucking leg in half. In case you forgot what happened to Smith

Just about the most gruesome injury since Joe Theisman. I am not a doctor, but it looks like Alex Smith is healthy enough to start at quarterback against the Giants this weekend.

Alex Smith will be 36 by the time next season starts and he might be the Bears best option if they’re going to take one more run at this thing with Pace, Nagy, and the defense. Pace can say “I fucked up”. Nagy can say “Mitch wasn’t my choice at QB” and the Bears can do their best to have a real trigger man for the Nagy offense than he and Alex Smith cooked up together in Kansas City to the tune of 4000+ yards and 26 TDs in 2017. As well as playoff appearances in 4 out of 5 years. If the Bears bring in ANY other quarterback there’s going to be a learning curve. Doesn’t matter if it’s Cam Newton or Bridgewater or anyone besides Smith. Smith will walk into Halas Hall with a brace on his leg and a command for the offense. The more I write, the more I believe this. And…it might be the only place willing to hand a guy who hasn’t played in over a year a starting job. Mutually beneficial for both parties as long as Alex Smith doesn’t care that the Bears are 25th in the league at pass protection and 28th in run blocking.

Something for Virginia to think about if she doesn’t want to take a blow torch to the team, which she might since her face was frozen like this during the Rams game. Just utter digust. 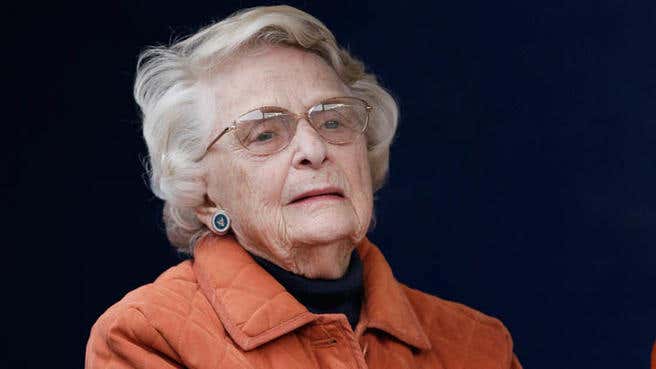