What an awesome, outrageous, fantastic sequence from the Caps game. It started with Brendan Leipsic throwing his body around, as he’d been doing all shift. Well the Ducks got fed up, and decided to stop playing hockey and start a fight, which was an odd decision given the Caps still decided to play hockey,

resulting in the 3rd goal of the game. The brawl then ensued, where the Caps continued to dominated, led by this 1-2 combo from Garnet Hathaway 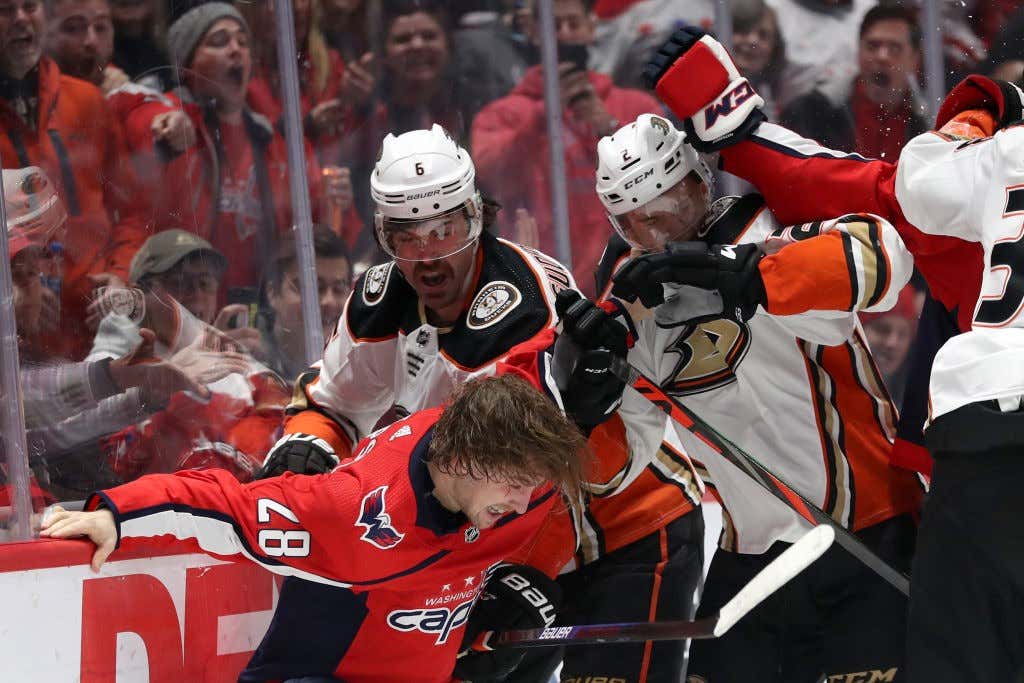 Hathaway ended up getting a match penalty because he spit on a player, which you can’t do, obviously. I think he felt he was sucker punched, but obviously nobody is gonna think spitting in a dude’s face is the correct reaction, and I’m sure he’ll get a couple games for it. Besides that, a great night at the rink, some old fashioned hockey, and oh yeah Ovi scored again, his 15th of the year, as #OurYear rolls on.

PS: What an awesome picture from Getty of Leipsic after the fight. You can just feel his intensity through the screen. So good. 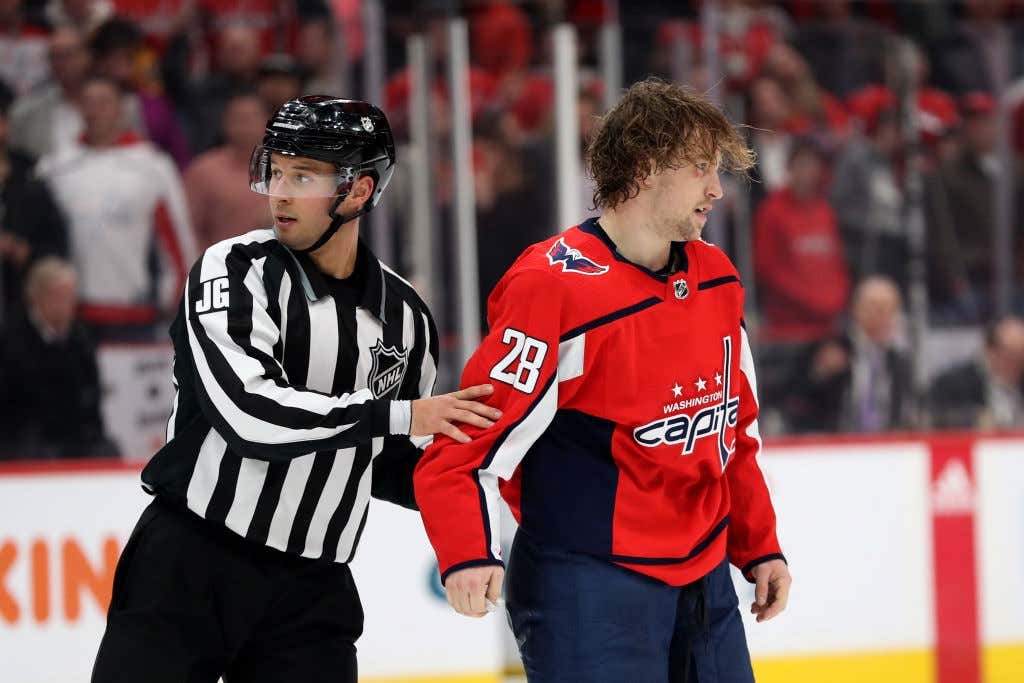