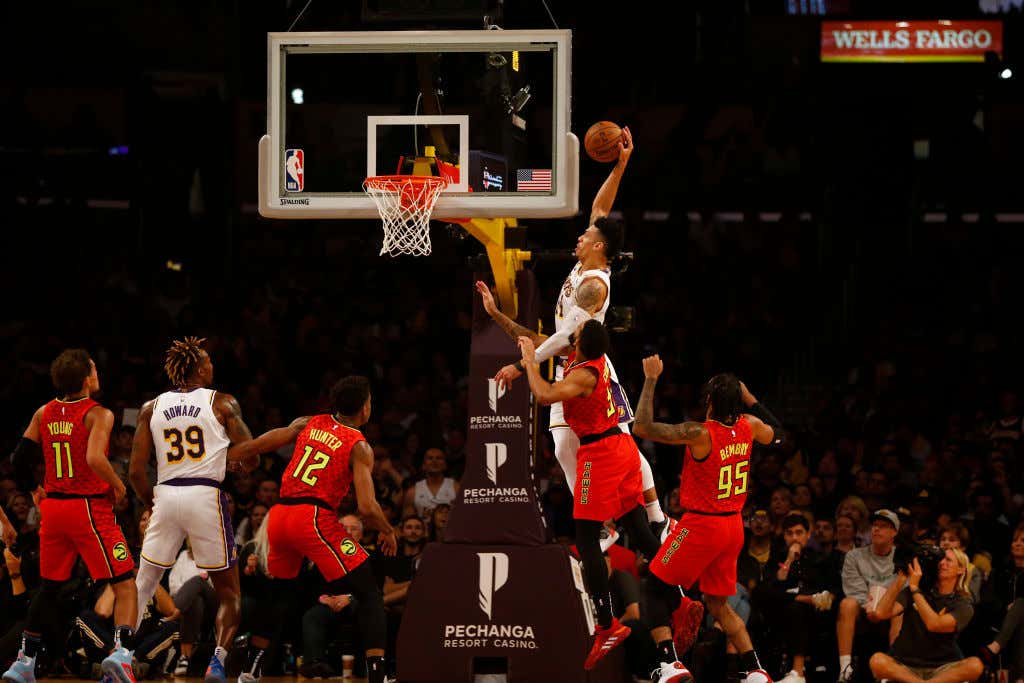 Ok so here's the play if you missed it last night. With under 30 seconds left in the first half Dwight missed a FT that Danny Green tapped out and after a few loose ball taps the ball found LeBron for a wide open wing three. He missed it which lead to Danny Green coming out of nowhere for the putback slam. Here's the play

Now Danny Green is known for a lot of things like legit defense and three point shooting, but one thing he is not known for is finishing at the rim. In fact he has only 1 dunk this year, had 3 last year, 8 the year before in 2017, 4 in 2016, you get the idea. Whenever you see Danny Green finish with authority it's like seeing a unicorn. Which is why the NBA saw that play last night and immediately thought something was up.

This isn't the first time the league has tried to catch the Lakers red handed either. Remember a few months ago when a photoshop of Alex Caruso looking jacked as hell caused the league office to send him a pink slip too?

Something tells me the Clippers were probably behind this. The Lakers are off to the best start in the NBA, they have a top 10 offense and a top 10 defense making them one of only 3 teams in the league to achieve that, and now we have Danny Green dunking like that? Not on Steve Ballmer's watch. May as well take a shot in the dark and try and screw over your rival. Now what's interesting is the league has been quick to send drug tests to two role players on the Lakers, yet we hear nothing about them being curious why LeBron is dominating like this in Year 17. Makes you think.