The Bears sent that shit out before the Rams game this week and I legitimately almost had a nervous breakdown when I saw it.

Fucking LAME move from one large collective bag of shit. And listen I get it - I know there's pressure to Tik Tok right now. I've gotten emails in the same vein begging me to blow a load of creative juices all over a Tik Tok profile. I know that life.

But I also know that you can't be a total fucking moron in the process. Like that's where I get caught up with the Bears here. It's just so goddamn stupid. Uniformly and universally, the Bears special teams has been dead since we let Robbie Gould walk over an amount significantly less than we're paying Cody Parkey to not be on the team this season. Wrap your brain around that for a second. In the meantime I'll be over here not looking like a goddamn idiot and the rest of these fantastic Bears fans are coming with me:

Chris Emma For Having To Wade Through Nagy's Lies

Normally I'd have some poorly thought out pump-up speech to close on. Maybe remind you things don't come easy in Chicago. That we've been down before and we'll get back up because that's who we are. And maybe I'd spin it like this is one bad season now to propel us towards 10 great seasons in the future. And that it's more Nagy than Mitch and the next guy could salvage Mitch. Maybe I could spin that shit up right now and help at least one person get out of bed a little faster tomorrow. Maybe. 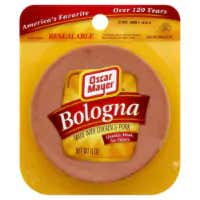