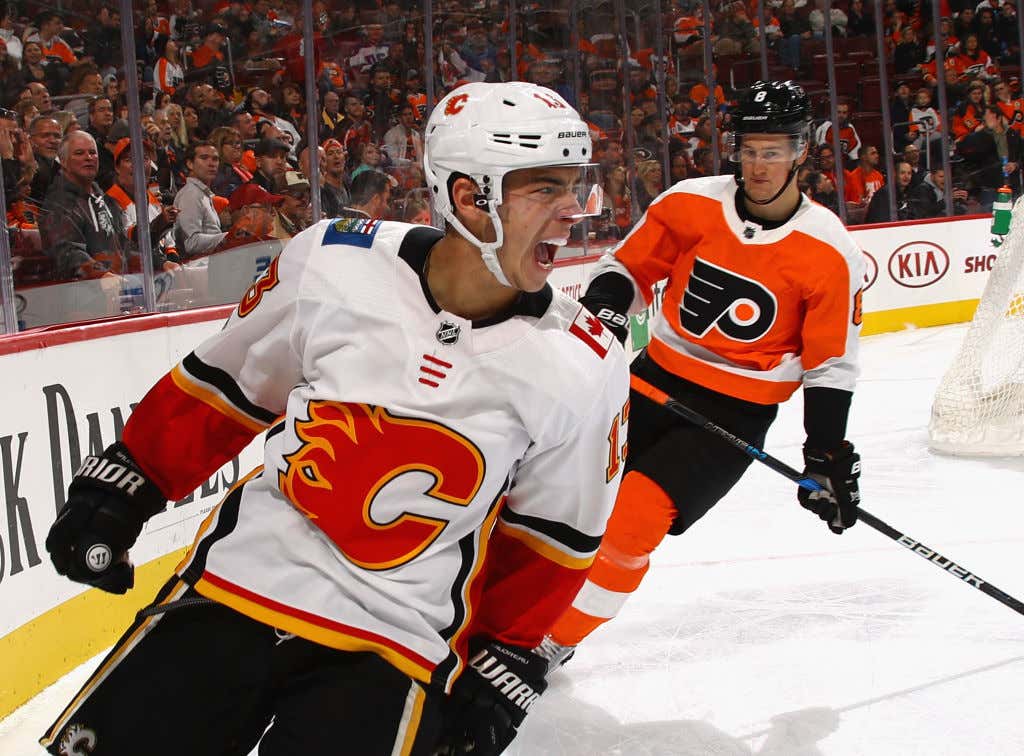 Back in May I wrote a blog titled, "If The Calgary Flames Have A Shred Of Decency, They'll Trade Johnny Gaudreau To The Flyers".The crux of the blog was that 1) Chuck Fletcher was addicted to making trades after the end of last season and 2) that Johnny Ham & Cheese would love to be able to come home and play on a line with his best pal Kevin "Better Than Gretzky And Lemieux Combined" Hayes. Now there's a chance that the original blog was just wishful thinking, sure, but that was 5 months ago. Times have changed since then and unfortunately for the Calgary Flames, those times have been quite a rough scene.

The Athletic - It feels like something of significance has to happen with this club soon to change the core (and no, recalling Dillon Dube as they did on Sunday does not count), shake up an underperforming group and also salvage this season. Perhaps the place to start is the guy who is struggling the most, yet would also command a significant return. Yes, perhaps it’s time for general manager Brad Treliving to explore trade possibilities for Gaudreau — one of his most lucrative assets — and not necessarily for futures either. Think: an old-fashioned hockey trade. Two teams changing their mix.

Gaudreau is coming off a 99-point season. That was tied for seventh in the league. While there’s been a drop-off, from afar this season hasn’t been that bad statistically, with 18 points in 23 games. He’s a five-time all-star who would surely fetch a big return — especially when you consider he still has two more seasons remaining at a cap-friendly AAV of $6.75 million.

Heck, there’s still three-quarters of this season remaining. Make a move now and a team would be acquiring him for closer to three years, as opposed to the less than five weeks remaining when Iginla was finally dealt.

"Is it time for the Flames to consider trading Johnny Gaudreau?". Those right there are maybe my favorite 11 words ever written down in the history of the English language. It's just so damn beautiful to read. If I had a printer or knew anybody who still has a printer, I'd print that article out and I'd frame it on all of my walls. It's glorious. I never thought I'd see the day yet here we are. November 18, 2019 and the movement is underway to get Johnny Hockey out of Calgary. I thought we'd have to wait for July 1, 2022 for this day but I guess Christmas came early.

So now it's 5 months later and again I will say that if the Calgary Flames have even just a shred of decency, they will trade Johnny Gaudreau to the Flyers so that he's home in time for the holidays. And the offer still stands for a Johnny Hockey and Jake Voracek 1-for-1 swap. Everybody wins. The only thing holding this trade back would be the Calgary front office being a bunch of inconsiderate dickheads. Either they pull the trigger on this trade, or they are gutless sacks of shit who don’t care about anybody besides themselves. Cowards.