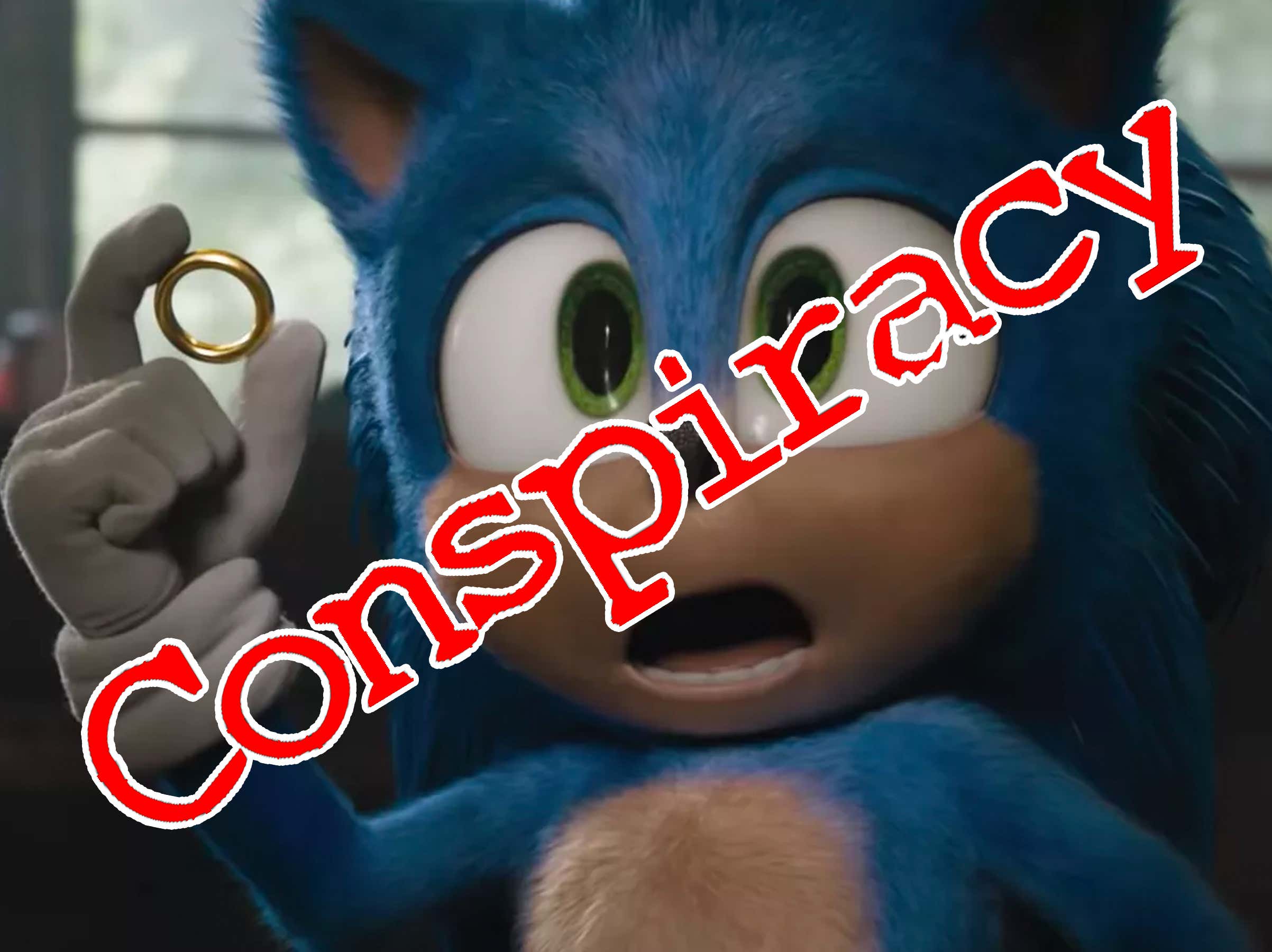 (CBR) "For the trailer alone, it's estimated that Sonic's redesign cost Paramount Pictures $2.15 million. For the whole movie, redesigning the titular blue hedgehog is estimated to cost around $35 million. According to the site, "Sonic the Hedgehog's original VFX budget would have been between $18 million and $31 million."  The original budget for the film was reportedly around $90 million."

(Here is a recap of the Sonic trailer mayhem ICYMI)

I'll start by saying this: I thought the 'Justice League' mustache reshoot debacle was bad. Spending $3 Million of your $300 million dollar budget just to add some more Cavill superman scenes? Seems pretty excessive to me! Now, it looks like they were basically spending pocket change compared to these motherfuckers at Sonic, who spent 1/3 of their original budget on CGI reshoots! I'm officially woke on this entire scenario.

This is how we are to believe events transpired. Director Jeffrey Fowler shot this entire movie and was presented this Sonic design by his creative team before they started rendering all the CGI.

Fowler looked at this disgusting rat fuck, and thought "Ok, cool, people will definitely think this looks cool and normal". Then, unless he is insane, he likely showed this design to multiple people for critical feedback since, you know, Sonic is kind of the focal point of this movie. We are to believe that not a single person along this road said "Hey, Jeff, this thing looks fucking gross my dude". This fact implies either that every single person he surrounds himself is incompetent, which is statistically unlikely, or they were too afraid to give him negative feedback. The latter ALSO seems unlikely....

If he is not the type of person that responds well to negative feedback, I highly doubt he would of remade the entire fucking movie. So now that I've established I don't believe Jeff Fowler had no idea the reaction would go this way, lets move on to the fact that there is almost no conceivable scenario where a movie studio approves a $35 million dollar addiction to a budget. Period. Full stop. This goes for literally ANY movie from any director in any number of tentpole franchises. For that to get approved for a FUCKING SONIC THE HEDGEHOG MOVIE?!?!?

Video game movies are among the worst critically performing movies across all genres, and only a few of them manage to pull a good ROI. Recently, 'Detective Pikachu' and 'Rampage' both gathered a very solid box office thanks to having stars like The Rock and Ryan Reynolds attached to them. This Sonic movie, however, has stars like uhhh James Marsden and Jim Carrey. Not exactly in the same ballpark. It's also fucking Sonic. It's also 1/3rd of the original budget. It's also probably a shitty movie. NONE OF IT MAKES SENSE.

The only way I can compensate this in my brain is that this has all been an elaborate marketing ploy to generate buzz. If this movie dropped cold, it would have faded away like a fart in the wind. Instead, it's lit the internet on fire TWICE and generated a ton of goodwill! People want to go see it for no reason other than to show that they like Fowler listening to the audiences feedback.

Agree? Disagree? Sound off in the comments.