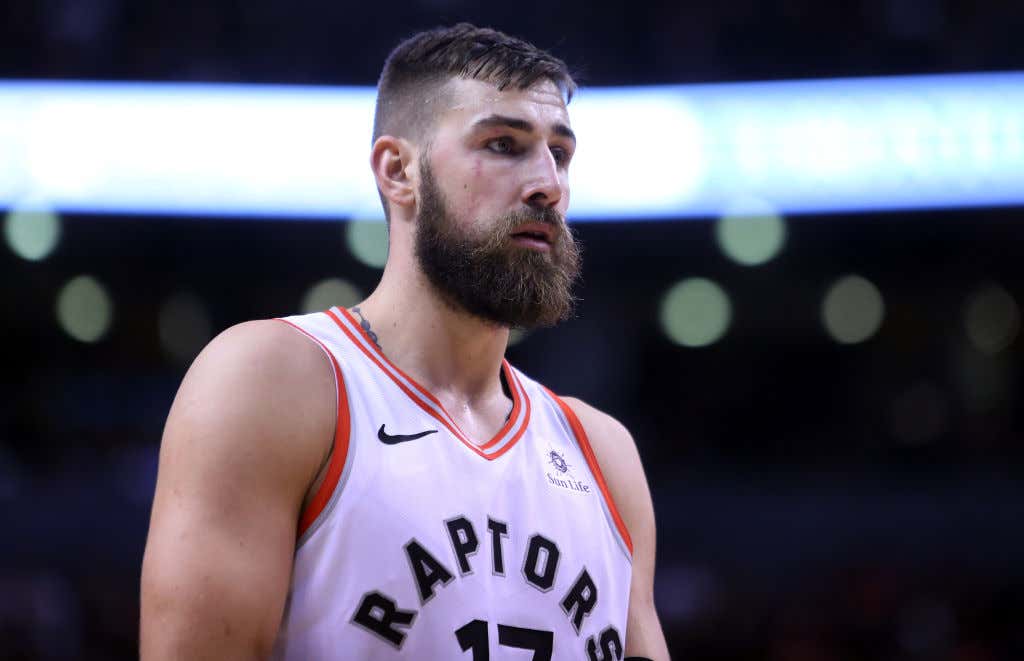 (Toronto Sun) - It’s a decision every team faces in the aftermath of a championship in professional sports these days.

Who gets a ring and who does not?

The Raptors handed out their championship diamond encrusted rings to their returning players still on he roster as well as Jodie Meeks and Eric Moreland who made the trek up to Toronto on opening night to claim their individual trophies from the championship year.

All told the 15 players on the roster on June 13th as well as the coaches and all team staff received a ring.

Delon Wright, Jonas Valanciunas, and CJ Miles, the three players involved in the Marc Gasol deal at the trade deadline in February will not be getting rings the Sun learned.

OK so this is a tricky spot for the Raptors. On one hand, they don't exactly have to give rings to Wright/Valanciunas/Miles since they weren't on the roster when the final buzzer sounded and the Raptors won their first ever title. At the same time, you could argue they don't win that title without the Marc Gasol trade, which doesn't happen without including those three players. Does that earn them a ring? I can see both sides, but for me here's what you do. You offer it. Chances are they won't accept it because players for the most part want to earn their rings, but you have to at least offer. You also have to think about the impact those three made before the trade even happened. On February 8th last year the Raptors were 40-16 and the 2 seed. Valanciunas, a player who had spent the previous 6 years in TOR was putting up 13/7 in about 19 minutes a night, but was clearly a key rotation player. You could make the case that their play along with everyone else was a big reason why the Raptors were able to secure their 2 seed which ultimately helped them win their ring.

Who knows what happens if TOR doesn't have homecourt against PHI? Considering that series came down to the final shot in Game 7 at TOR, it's not crazy to think they don't make the Finals without homecourt. Getting off to that 40-16 start certainly helped. Now each situation for these three is a little different. Miles and Wright weren't exactly entrenched in the Raptors history or anything like that, so I get why they might not give a shit. But JV is different which is what makes this all too bad. For a franchise that prides itself on how they treat their players and doing more than some other organizations and the culture they have created, in that sense it's a tough look. For example who had more to do with their title, JV or Jeremy Lin? Fucking Drake got one for crying out loud.

I get why the Raptors decided to go this way, and they certainly are not the first team to do it. I just think that when we're talking about the first ever title, and a player that was a huge part of that franchise for multiple years and was involved in the trade that essentially helped them win said title, you at least offer. Let them turn you down, and if they accept it whatever. You're an NBA franchise with a fuck ton of money, you can cough up a few additional rings.

So what say you. Should the Raptors stop being cheap and just pony up? Or should it only matter who was on the final roster despite what happened along the way to produce that elusive title?