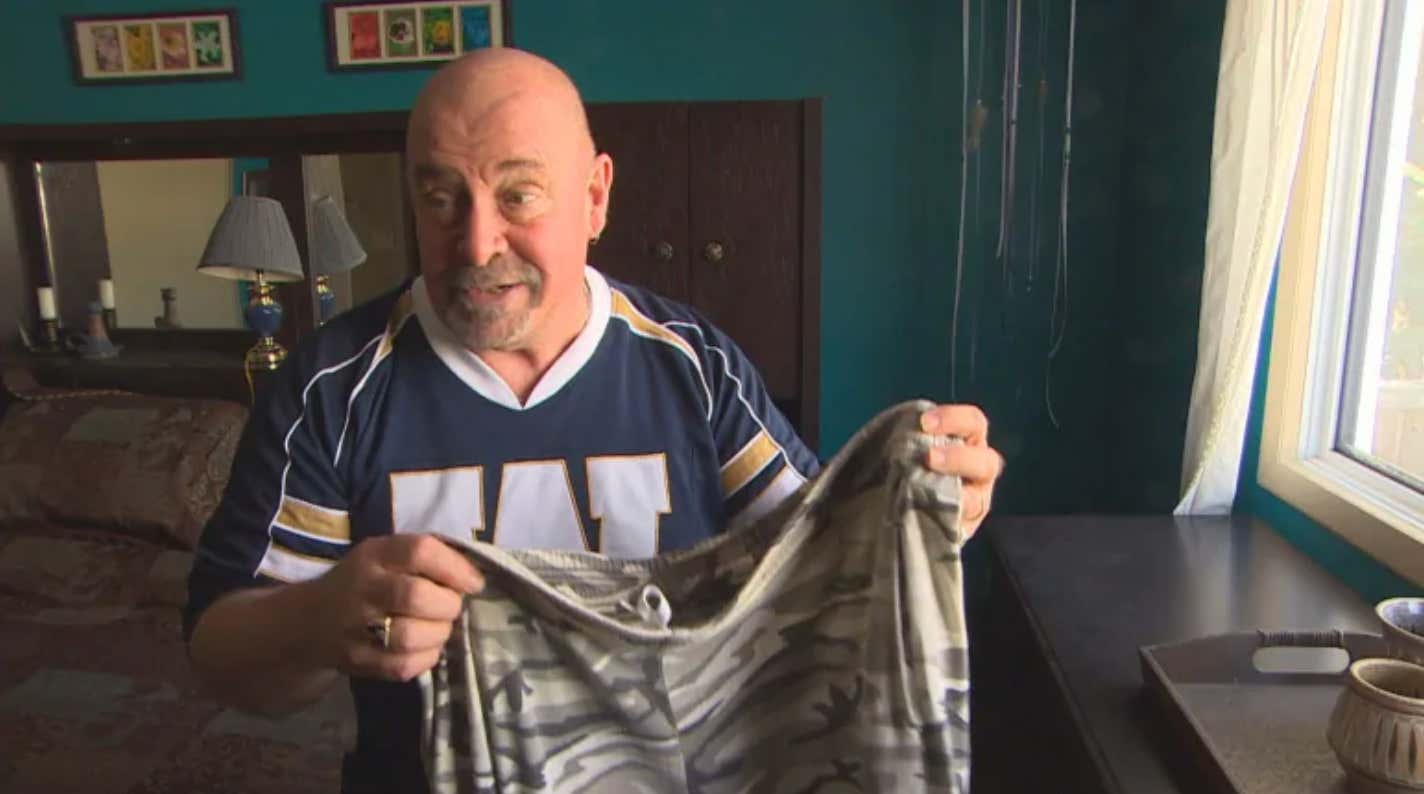 In case you missed it, this is Chris Matthew. 18 years ago, the Winnipeg Blue Bombers were playing in the Grey Cup against the Calgary Stampeders. Before the game, Chris Matthew made a bet that he would only wear shorts until the Blue Bombers won the Grey Cup. Unfortunately for his shins, the Blue Bombers lost that game 27-19. Since then, they've been back to the Grey Cup twice but have lost both of those games. So for the past 18 years, Chris Matthew has been in Winnipeg wearing nothing but shorts. Weddings, funerals, shoveling snow, you name it. This man hasn't worn pants since the NINTENDO GAMECUBE was released.

But that all has a chance to change on Sunday after the Winnipeg Blue Bombers will yet again be playing for the Grey Cup after they mopped up the floor with the Saskatchewan Roughriders yesterday. A win on Sunday against the Hamilton Tiger-Cats and not only will the Blue Bombers win their first Grey Cup since 1990, but Chris Matthew will be able to wear pants again for the first time since November 2001. And more importantly he'll finally be able to take his wife, Darla, out on a date to a fancy restaurant. This poor saint has been having to settle for nothing but diners and chain restaurants for the past 18 years. She deserves this Blue Bombers win more than anybody in the world.

So to the Winnipeg Blue Bombers--who I know are reading this right now--you're not playing on Sunday for yourselves. You are playing for Darla because it's about damn time she finally gets that nice date she deserves. You hear me? Do it for Darla. Let nobody stand in your way. Roll Bombers.