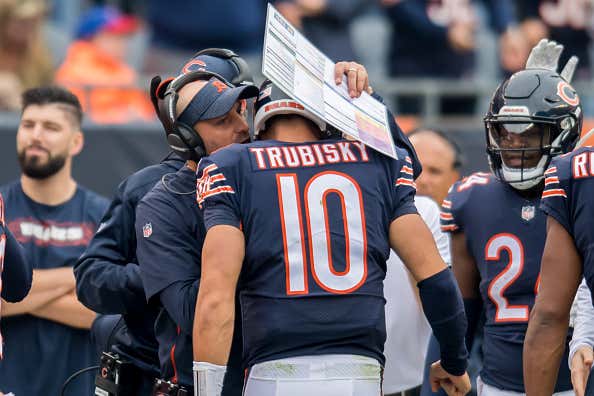 The Bears lost to the Rams last night. It sucked. It was embarrassing. It was a shit show. Everything sucks.

But, the shit sandwich didn't end when the whistle blew. It rolled into the postgame presser where we were fed two stories that didn't line up.

The first version came from Matt Nagy where he said that Mitch hurt his hip a few series before he got pulled in the 4th quarter:

Then when Mitch came up to the podium after Nagy he said that he got hurt in the second quarter and was treated at halftime:

I mean there's no way that one of them just misspoke, right?

I've obviously never been in an NFL locker room, but Alex Brown said on the NBC postgame show that the head coach definitely knows if his QB is getting treated/is banged up.

If that's the case then did Nagy lie about benching Mitch in the 4th? I'm usually not one for crazy speculation, but I don't think this is that crazy.

It's been a little bit since I had to run the music, but I think this situation calls for it: