This is such a ridiculous pass. Save me anyone who says 'oh any good defender would kick that ball, etc.' He put that shit on a string and even had a bit of a curve that only the Astros could hit with a warning that it was coming. I've watched this play on loop no less than 450 times since last night. It has everything I love. It starts with the kid just straight up picking the other dude. Then a bounce pass, which is a direct way to my heart. But the real star is this guy 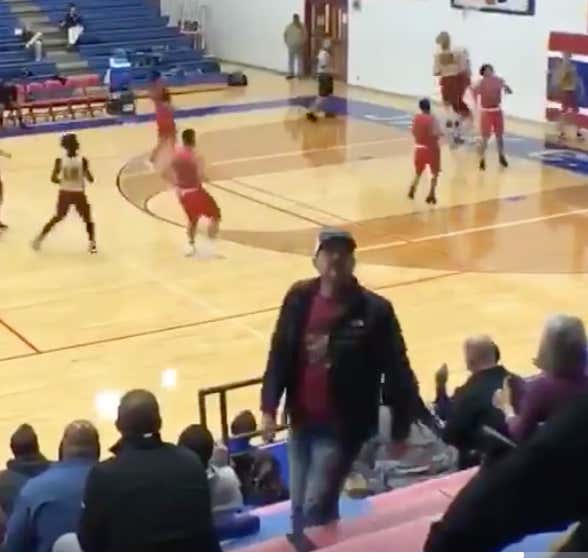 He straight up had his brain broken. He just stood up and turned with no idea what to do. I love the reaction, especially since he's the only one in the crowd to have such a reaction. No need to look at any recruiting rankings, he is now No. 1 in the country. Get Cal on the line.