That’s right. The NBA Hall of Fame. Like the basketball hall of fame. The one he was voted into in 1975.

Bill Russell isn’t a man of attention. The Celtics had to retire his number multiple times because he refused to show up. When Martin Luther King marched on Washington, he invited Russell to stand on stage with the rest of the activists. Russell declined because he felt he hadn’t put the work in that everyone else had and didn’t want to take away from what was taking place. But when he thought standing shoulder to shoulder would be more impactful, he would. Like when Muhammed Ali was about to be imprisoned for refusing to enter the military after being drafted, Russell – along side many other prominent African-American athletes of the time – shared the stage as a sign of solidarity with Ali’s decision. Russell’s refusal of his Hall of Fame ring was not like his refusal to accept the Celtics retirement ceremony, it was an acknowledgement that he wanted no parts of any Hall of Fame that didn’t first recognize Chuck Cooper.

Chuck Cooper broke the NBA’s color barrier when he was drafted by the Celtics, a move which opened the door for Russell and everyone else after him. I don’t know why it took until 2019 for Chuck Cooper to be enshrined in Springfield, you’d think the unclaimed package in the front office holding Bill Russell’s ring and plaque and whatnot for FORTY YEARS would have been enough of a sign that he was waiting for something.

I don’t think I even realized Russell hadn’t accepted his Hall of Fame enshrinement. But it doesn’t come as a surprise given the man he’s always been. I don’t really care where you rank Bill Russell, the basketball player. I don’t care if you think he played against plumbers and mailbox builders. Bill Russell, the man who won 11 rings in 13 years, the man whose name graces the Finals MVP trophy, the man who was his own college dynasty, transcends basketball in a way my idiotic words could never do proper justice. Bill Russell, the human being, is the greatest there ever was or will be. And I pray he never reads that sentence because he’d whoop my ass for even suggesting it. 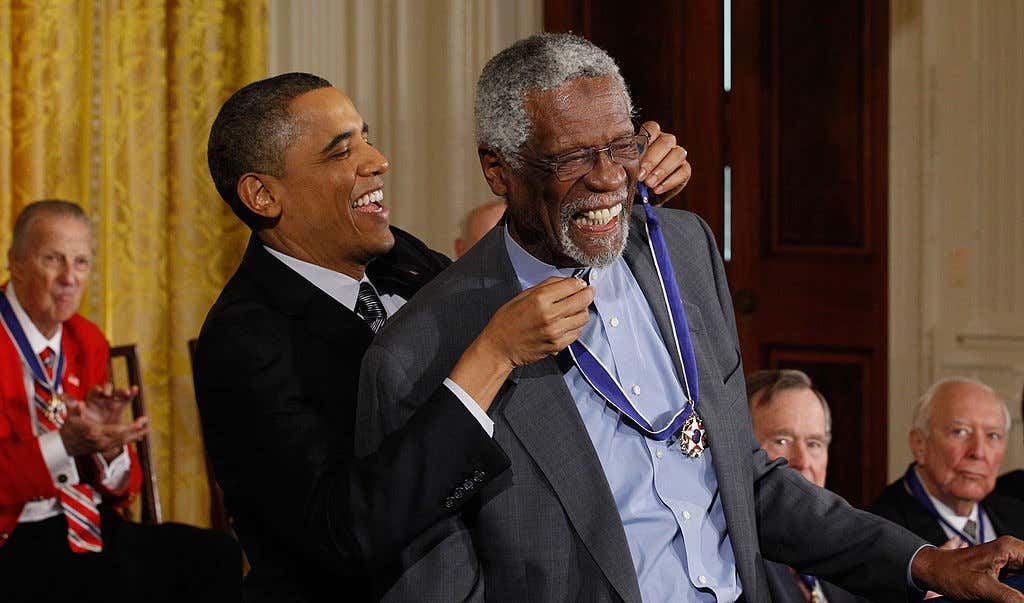