I know I've seen a champion out of Chicago do that move before...

I just realized that there are 21 year olds living in this world that weren't even BORN when that Summerslam took place. Fuuuuuuck, that  was not the shot of depression I needed to start my Friday night. Luckily my personal Jeopardy God came through when it mattered and vanquished his nemesis Emma. James racked up $49,000 in Night 1 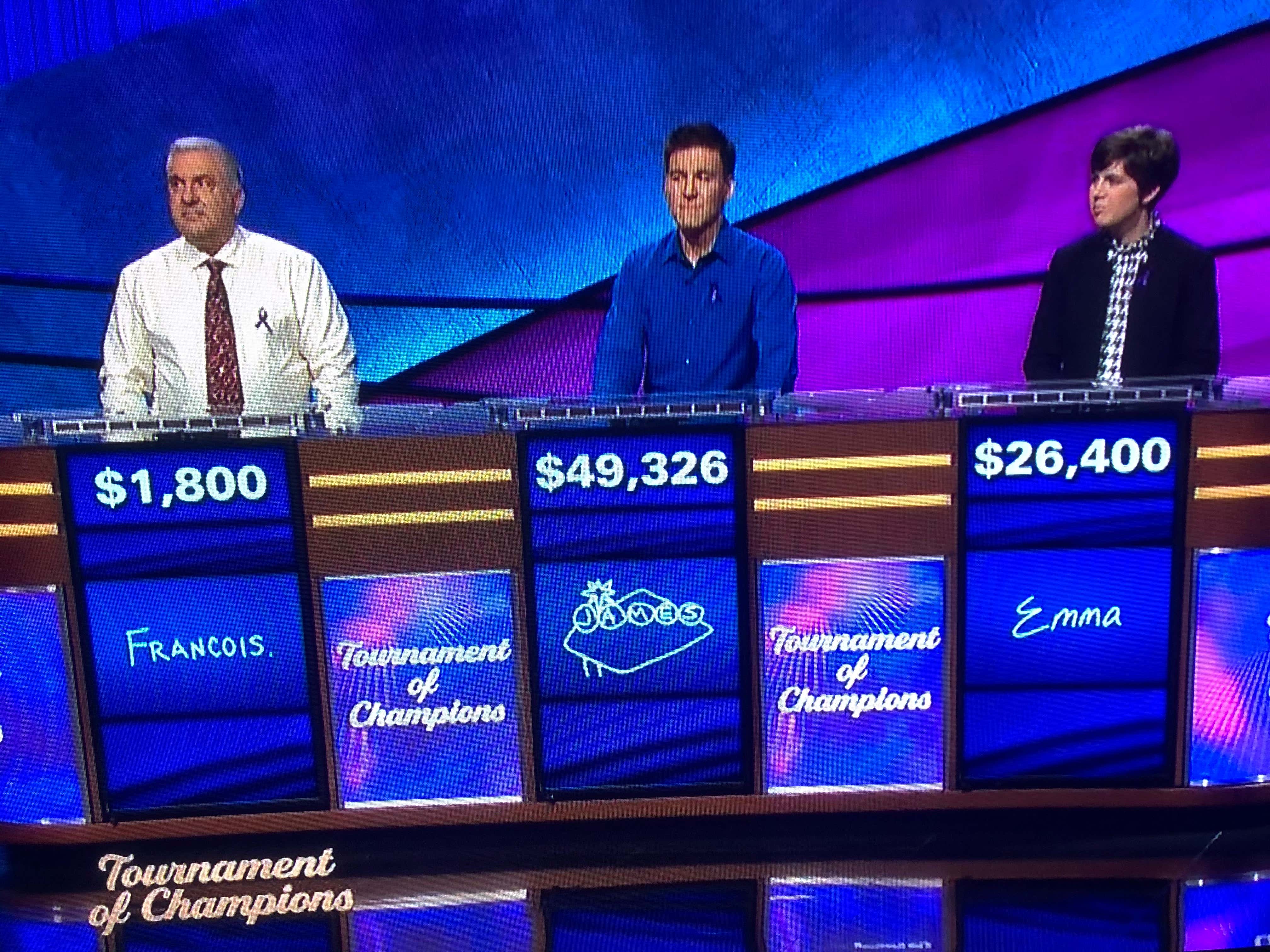 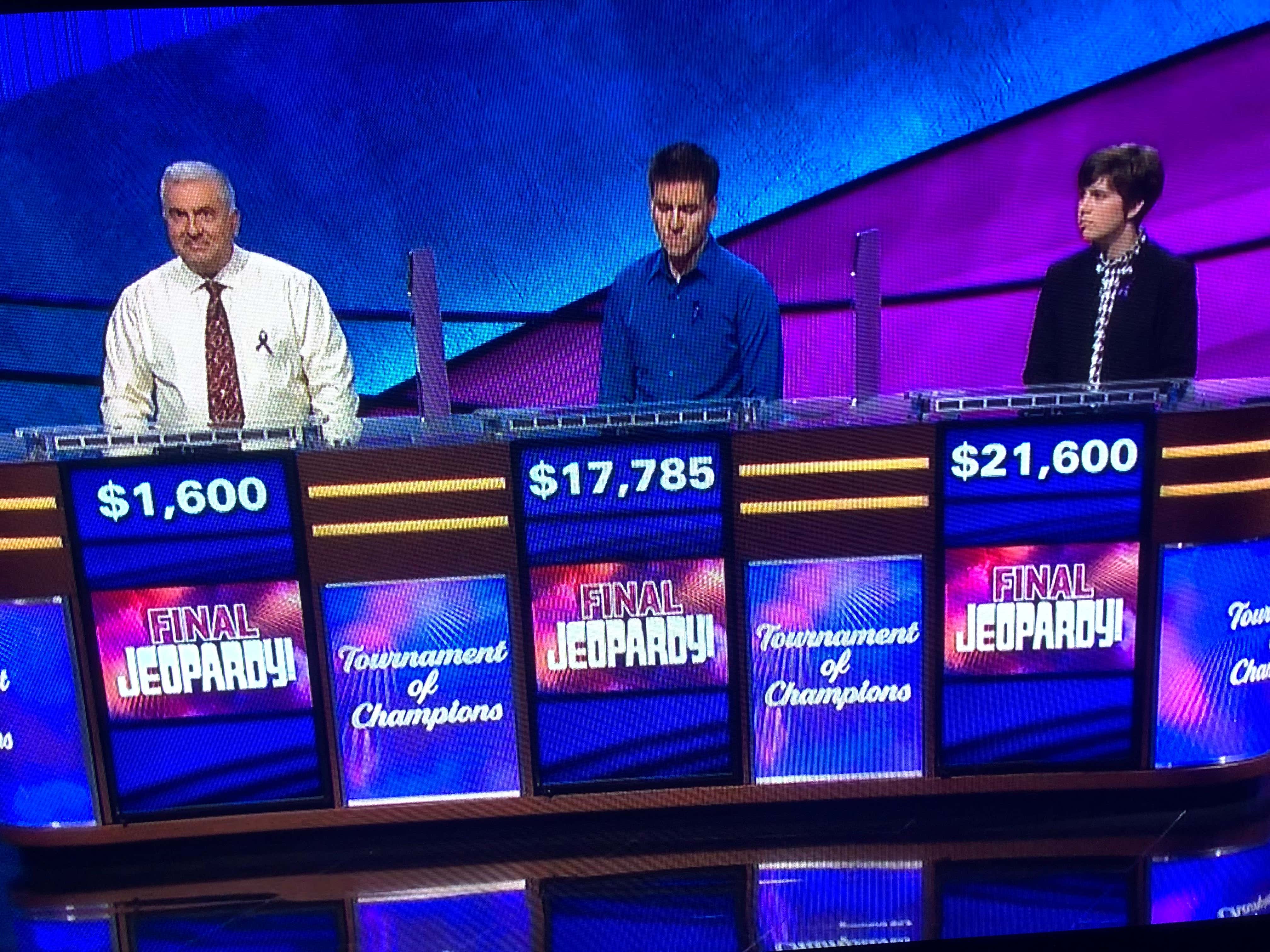 And was able to cruise to a sound victory by getting the Final Jeopardy question right, which was borderline unfair considering the answer was "Russia and Japan", with James' grandma being Japanese. Trivia T-Rex doesn't want to be fed. Trivia T-Rex wants to hunt. Regardless, tonight redemption is spelled J-A-M-E-S.

While I'm sure James was thrilled to win a cool quarter million dollars for a few hours of work over the last two weeks, I' imagine Trebek pulling him in extra close for the "We're good friends" handshake was the highlight of his run considering he willfully gave up about that much money to instead shout out people's birthdays with his final dollar amount during his Big Brain Reign.

A sincere shout out to Emma for once again giving James all he could handle tonight and making that question in Final Jeopardy actually matter, which was not the case for way too many of James' victims during his reign of terror on the big board. Even though James technically won a two night match in the final of the Tournament of Champions, I'm counting this rivalry as a 1-1 tie with hopefully a rubber match coming at some point down the road. Watching James dust a bunch of overmatched nerds is fun and hilarious. But seeing him get pushed by someone who has a microchip just as powerful in their brain as James has in his brain makes it fun and dramatic.

Also RIP In Peace to Francois. 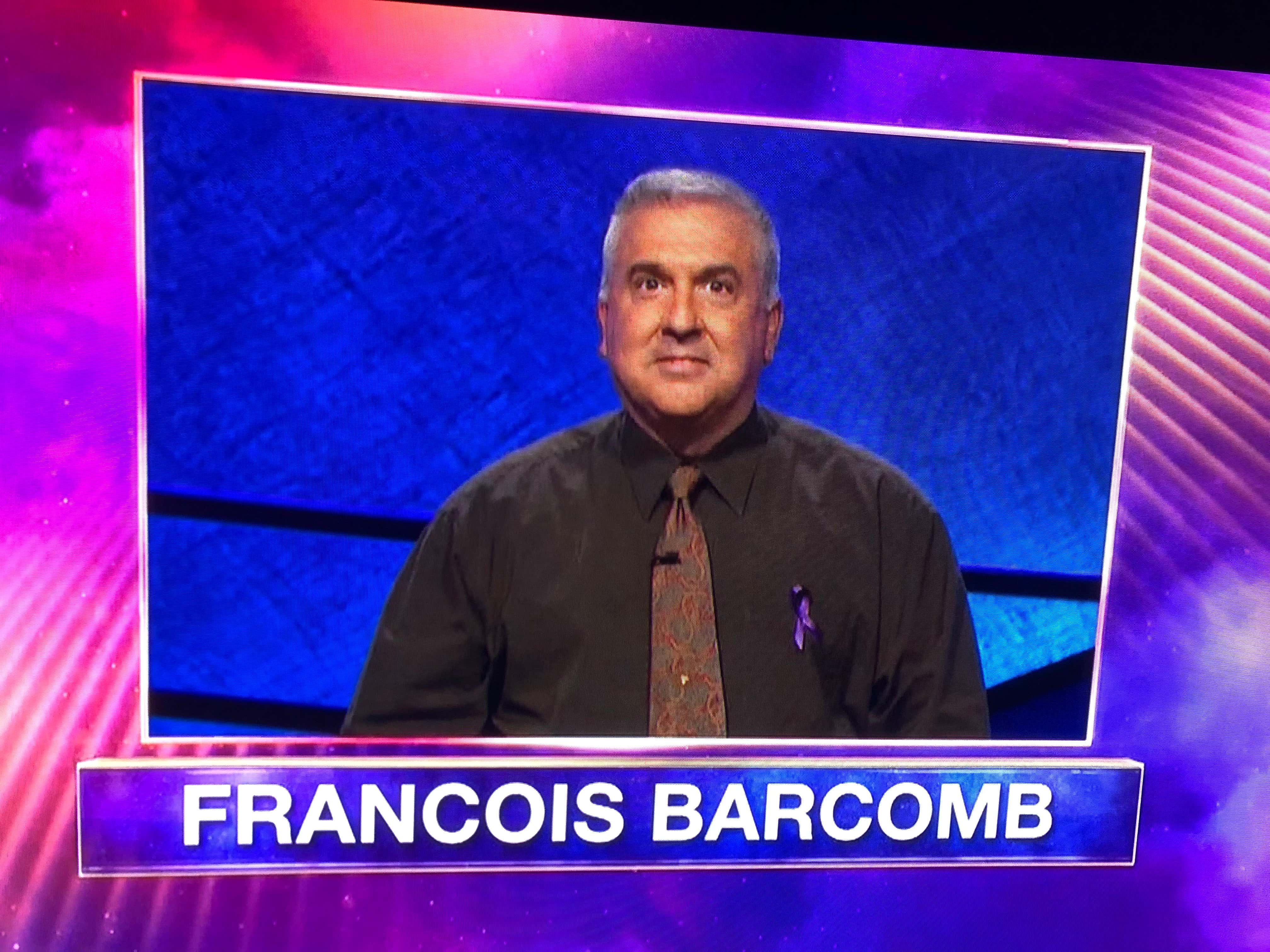 He didn't literally die or anything. But to make it all the way to the final round of Jeopardy's Tournament of Champions and standing about as good of a chance as I would have going against those two human computers must be soul-crushing. Any other year ol' Frankie Barcomb could have walked away with the Jeopardy crow. Instead he walked on the tracks as two locomotives were locked on a crash course with each other and he got run the fuck over. Luckily, I don't think it's possible for someone named Francois to have anything but a sunny demeanor, so congrats on the $50K and having the privilege to get paid to watch that heavyweight battle of the brains up close and personal.

It's time to bend a knee to our former, current, and future Game Show God.

Now someone get Jennings vs. Holzhauer set up and get it set up soon. I don't care if it's on regular TV, pay per view, or at the 50 yard line of Jerruh's World in Dallas. I need it and I need Trebek to host it.